The first generation of the Fiat Tipo is a rather forgettable compact hatchback, but a special example from 1990 once owned by Nigel Mansell is up for grabs in the Netherlands. The model is a high-spec 1.8 DGT coming with a unique plate on the center console since the flagship Sedicivalvole hot hatch was not yet revealed at the time.

The Tipo was sold in Europe between 1988 and 1995, as the successor of the Ritmo. Listed on Catawiki, the 1990 Fiat Tipo 1.8 DGT was originally gifted to Nigel Mansell in September 1990, right after the Italian Grand Prix at Monza. Mansell finished fourth that day in his Ferrari single-seater, behind Ayrton Senna (McLaren-Honda), Alain Prost (Ferrari), and Gerhard Berger (McLaren-Honda). The British driver would win his F1 title in 1992 with Williams-Renault, before travelling across the Atlantic and becoming a CART champion in 1993.
Read Also: Ex Nigel Mansell-Owned Audi Quattro Is Up For Grabs 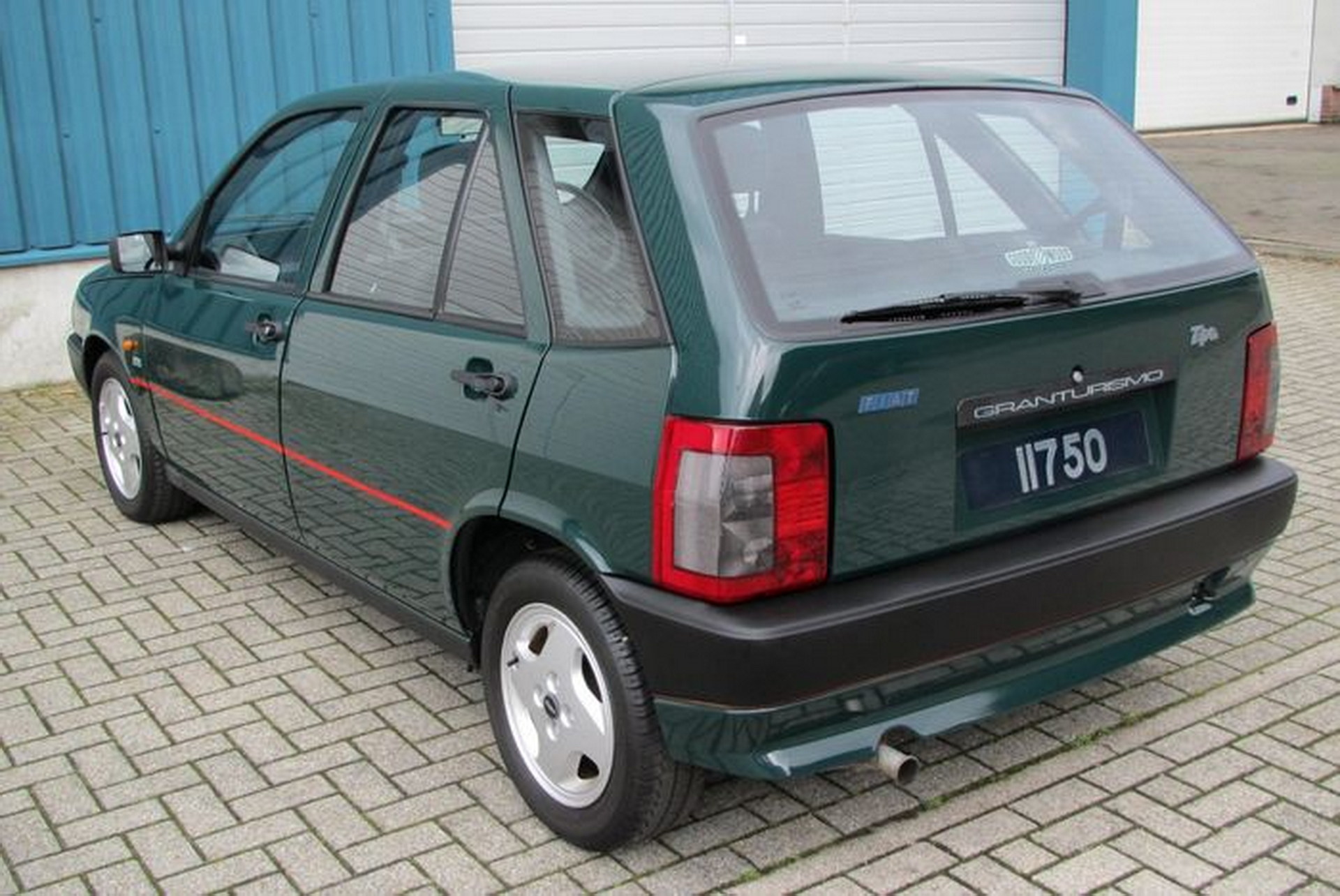 Mansell got the keys to his Fiat Tipo directly from Cesare Romiti, Fiat’s managing director. His teammate at Ferrari, Alain Prost, also received a similar Fiat Tipo but this one was painted in blue. Mansell’s right-hand-drive car honors his British origin with a bespoke British Racing Green paint looking great in combination with the red accents and the four-spoke alloy wheels.
The equipment of this special one-off includes a sunroof, leather upholstery (not an option at the time), electric windows, a Grundig cassette player, a trip computer and a fully digital instrument cluster which was a great technological advancement for the early ’90s. More importantly, there is a metal plaque on the center console writing: “Presented to Nigel Mansell in appreciation of his 1990 season for Ferrari in Formula One from Cesare Romiti, the managing director of Fiat”. 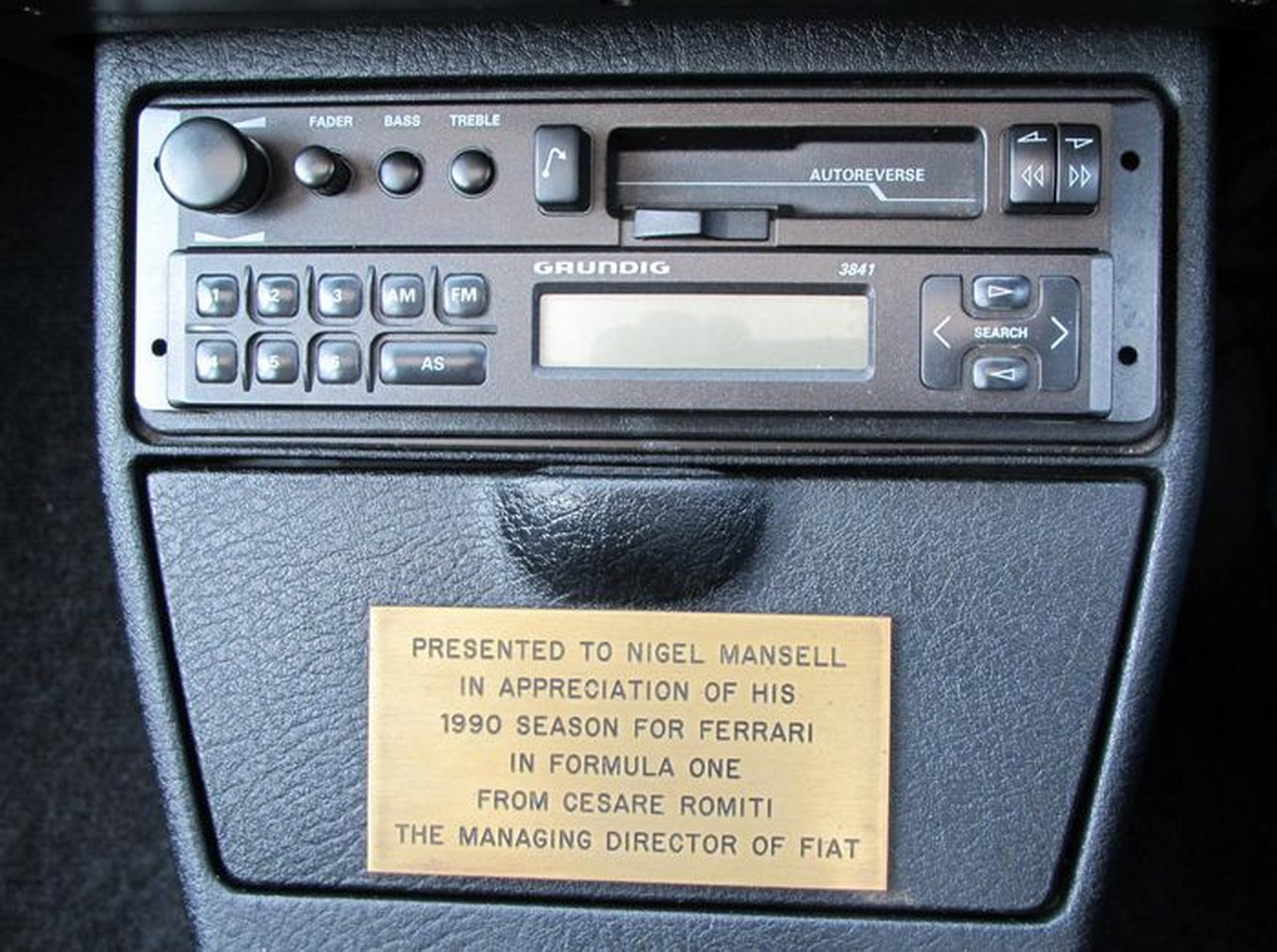 Despite its age, the Tipo is in very good condition cosmetically having travelled only 50,945 miles (81,988 km), although it has minor signs of rust on the underframe that might need some attention.
Under the bonnet lies a naturally aspirated 1.8-liter four-cylinder 8-valve engine producing 110 hp (82 kW / 112 PS) which is not as impressive as the maximum of 146 hp (109 kW / 148 PS) from the later Fiat Tipo 2.0 i.e. 16V Sedicivalvole. Power is transmitted to the front axle through a five-speed manual gearbox.
The collectability of Nigel Mansell’s Fiat Tipo is further increased due to the fact its chassis number is a clean 1,000,000. Still, the Italian hatchback is not considered to be a sought-after classic, thus Catawiki estimates it will sell somewhere between €8,000 ($8,405) and €10,000 ($10,503) with the highest bid of €6,000 ($6,303) at the time of the writing.
All of the major service is complete and the shoddy air suspension is long gone.
In the U.S., this affects 21 Huracan EVO and STO models built between May 2 and May 9, 2022.
The plaintiff accuses the organizations of operating an illegal racketeering enterprise to inflate Dogecoin prices.
With so much power, there was little doubt the electric Nevera would win.
The Testarossa has less than 14k miles on it and will be sold at an auction in July.
Yep, the theft is just one of many that have happened throughout the year.
GM sources blame inflation for the significant price hike.
All options are reportedly on the table to battle record high gas prices.
Three cars were recovered after apparently running out of gas.
The report says that Service for Tesla vehicles is now the number one priority for Elon Musk.

F1 LIVE: Reaction as Lewis Hamilton says ‘I’m excited to at one stage take a step forward’ after finishing... - talkSPORT

POWER RANKINGS: Who took top spot after a tough race in Monaco? – Formula 1

Posted on August 11, 2022
We use your sign-up to provide content in ways you’ve consented to and to improve our understanding of you. This may include adverts from...
Read More