join the PlanetF1 Network
Home F1 Features Assessing Gasly’s options ahead of crucial decision
Date published: June 4 2022 – Jamie Woodhouse
Sergio Perez has been awarded a two-year contract extension at Red Bull, which makes the future look very uncertain for Pierre Gasly.
In 2017, Gasly took his first Formula 1 steps as a Red Bull-backed driver, starting out with Toro Rosso.
The call came ahead of the 2019 campaign to join the main Red Bull team, but after a poor half-season alongside Max Verstappen it was over, with Gasly yet to receive another opportunity despite impressive form at Red Bull’s rebranded AlphaTauri team.
Red Bull’s driver programme boss Helmut Marko has said they risk losing Gasly if they cannot offer him a route back into the team and with the Verstappen-Perez line-up now in place until the end of 2024, Gasly has a huge decision to make as his contract ticks towards its conclusion at the end of 2023.
It can be extremely easy for a driver to run out of options in Formula 1, but fortunately for Gasly at this stage there appear to be multiple doors to knock on.
Let’s take a run through these potential openings at what is undoubtedly the biggest crossroads in Gasly’s career so far.

While this may seem like the most obvious option, it is not necessarily the most likely.
Gasly’s position as AlphaTauri’s team leader is one the Red Bull programme values greatly, but ultimately AlphaTauri is Red Bull’s opportunity to bring their brightest junior racers into Formula 1.
Based on last season, if Red Bull were to boot a driver out of AlphaTauri in favour of a different prospect, Yuki Tsunoda would have been at far greater risk than Gasly.
But Tsunoda has turned the tide in 2022, looking far more assured behind the wheel of the AT03, leading the intra-team points-scoring with 11 after seven rounds compared to Gasly’s six.
Red Bull are certainly not short of young drivers on the way up with Jehan Daruvala, Jüri Vips, Liam Lawson, Dennis Hauger and Ayumu Iwasa all showing great promise in Formula 2.
So even if Gasly did wish to bide his time and wait longer for an opening elsewhere on the grid, it is not guaranteed Red Bull would afford him that luxury.
Both team and driver have admitted that so far this partnership is not delivering the desired results and with Ricciardo out of contract at the end of 2023, this could present the perfect opportunity for Gasly to join an independent outfit with aspirations of reaching the top.
McLaren have signed IndyCar’s Colton Herta to a development deal, while Pato O’Ward is also a contender to fill any potential vacancy at McLaren, but it would be a risk to bring either straight into Formula 1 to fill a McLaren seat, expected to produce regular points finishes at the very least.
Gasly would offer McLaren a far more known and proven quantity – a Lando Norris-Pierre Gasly partnership does not sound too shabby at all. 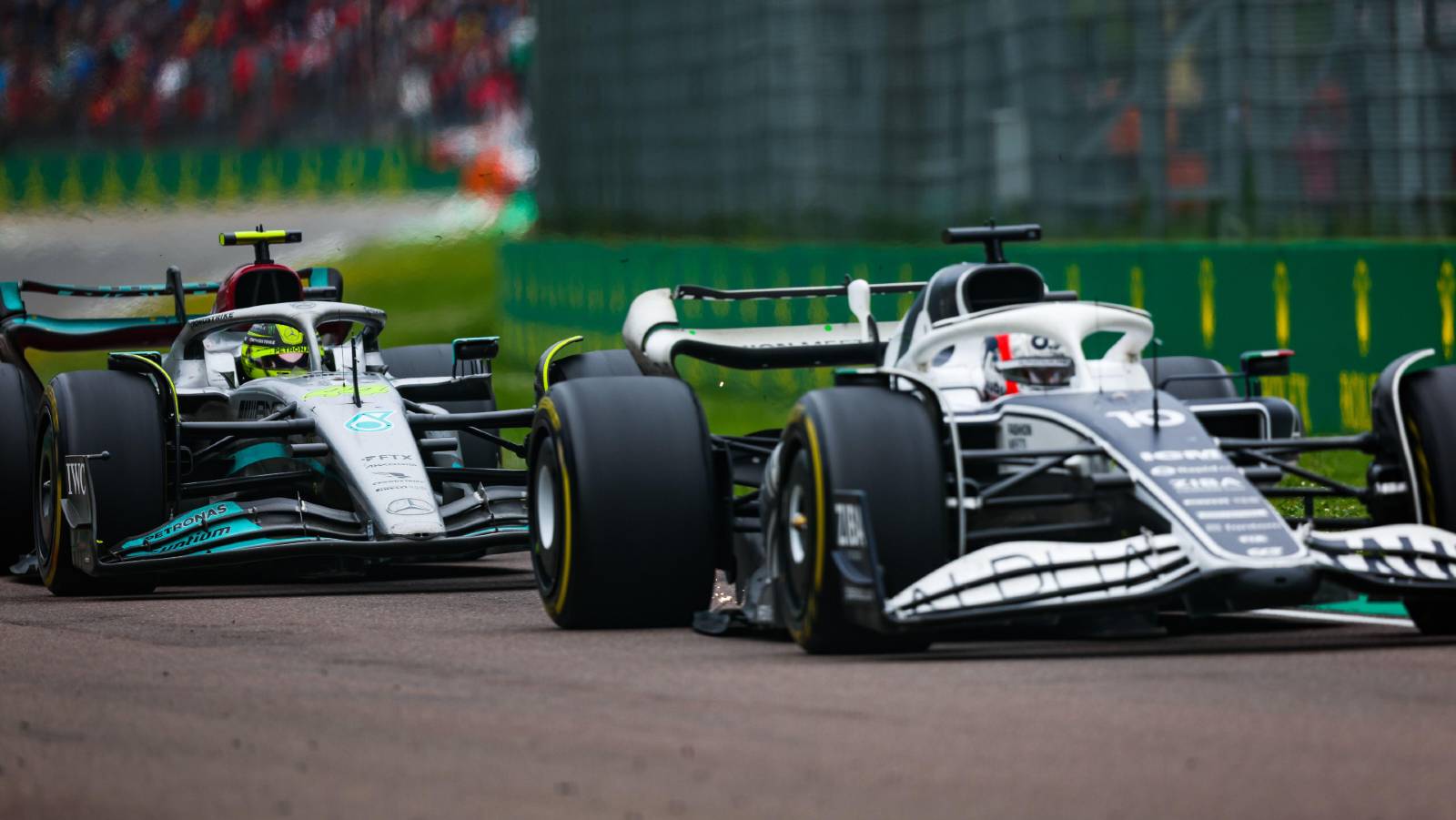 Hamilton is another driver out of contract come the end of 2023 and unless the Silver Arrows can return to title-contending ways, it could be that Hamilton will bow out of Formula 1 at the conclusion of that contract.
Mercedes are looking to work their way back into the title picture, George Russell showing he can be the real deal in a front-running car, so it would be vital for Mercedes to recreate a very strong line-up if Hamilton was to call time on his career.
Russell successfully climbed the ladder to F1 as a Mercedes junior, but looking at the team’s current programme only Frederik Vesti is a realistic Formula 1 candidate over the next few years. However, his Formula 2 performances will need to improve first.
Similarly to McLaren, Gasly would provide Mercedes with a tried and tested talent who could push Russell, while the motivation box would certainly be ticked if he had a shot at battling Red Bull at the front.

As long as Lawrence Stroll is team owner, it is hard to see his son Lance Stroll ever coming under pressure for his seat.
The other side of the garage is far less secure. Currently it is occupied by four-time former World Champion Sebastian Vettel, although with Aston Martin struggling to be competitive at the start of this new era there has been much debate about Vettel’s future.
That said, while Vettel is being tipped for retirement, physically he feels he can drive on for many more years, so it would not be surprising to see him give Aston Martin another chance to progress in 2023.
If after that he threw in the towel, it would open the door for Gasly to join a team with title aspirations.
Sure, Aston Martin look some way from that, but their new wind tunnel and ‘campus’, as Lawrence terms it, are now both well on the road to completion and will need a few years before producing any rewards.
It certainly would not be a bad move for Gasly to land at Aston Martin and look to reap said rewards if they arrive.

The inevitable consequence of the Liberty F1 popularity boom – Autosport

Posted on June 12, 2022
Where once, just a few years ago, venues were covering up their grandstands with banners to disguise the fact that they were empty through...
Read More

Posted on August 5, 2022
Racing News, Analysis, History, Schedule, Rumors If you’ve been following Formula 1, live in the US, or have a keen interest in television ratings,...
Read More

Posted on October 1, 2022
Tanish Chachra|Sun Sep 11 2022Lewis Hamilton is officially out of the drivers’ championship with the end of the Italian Grand Prix, as only top4...
Read More

Posted on July 10, 2022
We use your sign-up to provide content in ways you’ve consented to and to improve our understanding of you. This may include adverts from...
Read More