Vegas, we out. See you next year. ✌️
Hey Vegas ✌️🇺🇸

It’s great to see so many people out here today already. I can’t wait to find out what it’s going to be like when F1 hits town this time next year. I can already tell it’s going to be wild!
Iguazu Falls 🌊

Se dokumentaren her: https://t.co/xHZHEqDajj
Australian GP called off!
Andrew Lewin 01/11/2022 at 12:3001/11/2022 at 10:30 <!– F1 News, Reports and Race Results, Williams Comments Off on Capito denies promoting Sargeant into F1 too soon –>
Williams team principal Jost Capito denies that he’s rushing American driver Logan Sargeant into Formula 1 too quickly.
The 21-year-old driver from Florida has competed in the British Formula 4 series as well as Formula Renault Europe, and moved up to Formula 3 in 2019 with Carlin, followed by stints at Prema and Charouz Racing System.
He joined Williams’ junior driver academy in 2021, and this year is back with Carlin taking part in the Formula 2 championship. He’s currently in third place in the standings behind Felipe Drugovich and Théo Pourchaire.
If he finished in that position after the season finale in Abu Dhabi then he will have enough superlicence points to take part in Formula 1 in 2023, with Williams confirming that this was currently the plan.
Capito dismissed suggestions that it was too soon for Sargeant to graduate to the Grand Prix paddock or that he was being rushed through to satisfy the commercial requirement to have an American driver on the grid. 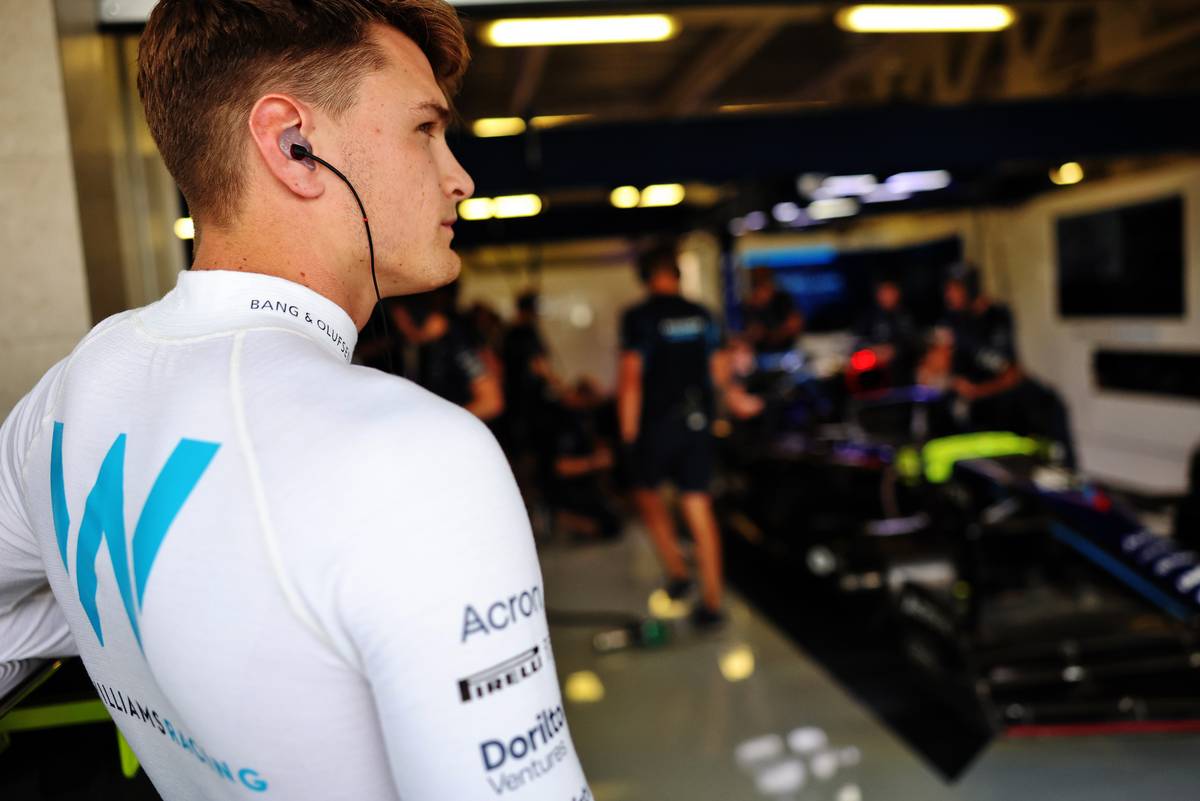 “It is good for F1 to have an American driver,” he stated. “But we didn’t pick Logan in the academy because he’s American, we picked him because of his success and his past in racing.
“If you have a young driver who is ready for F1, and you have the seat, you have to put the young driver into the seat,” he insisted. “Otherwise, you’ve done something wrong.
“That’s why we came to that conclusion, that it’s the right thing,” he added. “That Logan is American is just nice to have, it’s not the initiation of the decision.”
Sargeant has finished on the podium four times this year, including his first win at Silverstone over Pourchaire followed by a second a week later in Austria when he fended off Enzo Fittipaldi at the Red Bull Ring.
But he hasn’t won any major championships since his karting days, leaving many questioning whether he’s really got the experience t make the jump into F1 so soon. 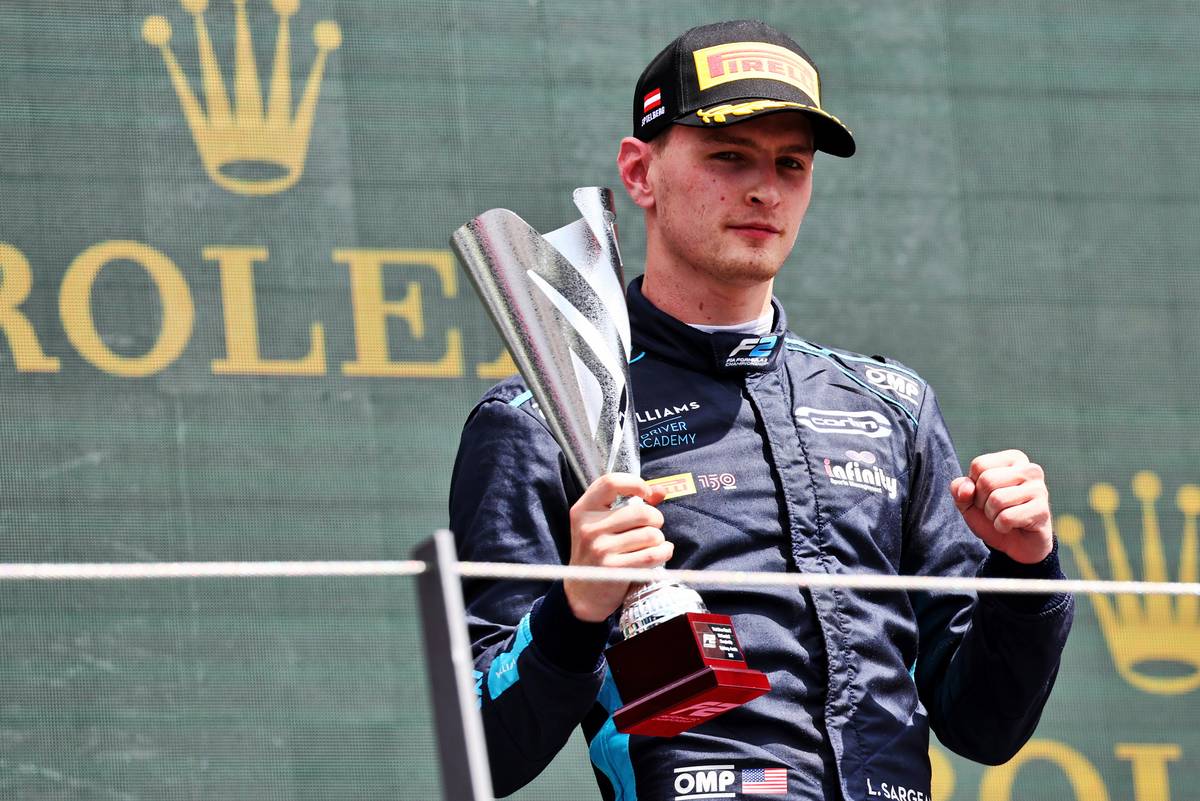 “From my history I’m known to get young drivers in quickly because that’s the best way to find out what the potential really is and not park him,” Capito countered.
“If we see someone is ready, like we see Logan this season, we can take the decision,” he continued. “Coming in as a rookie, winning races and showing that performance in qualifying, it’s the right thing to step up.
However with three drivers just nine points behind him in the current F2 standings, a bad outing in the final round of the season could leave him short of the 40 superlicence points Sargeant needs to make him eligible to race in F1.
The team have handed him a number of free practice outings to help bolster his points tally, Unfortunately for the young driver, his outing in Mexico City was curtailed by red flag stoppages and he completed only 22 laps.
That was just shy of the 100km distance he needed to earn a point. Sargeant now needs to finish fifth or better in F2 to earn the points he needs. Capito now says that there is a Plan B for the team if Sargeant falls short. 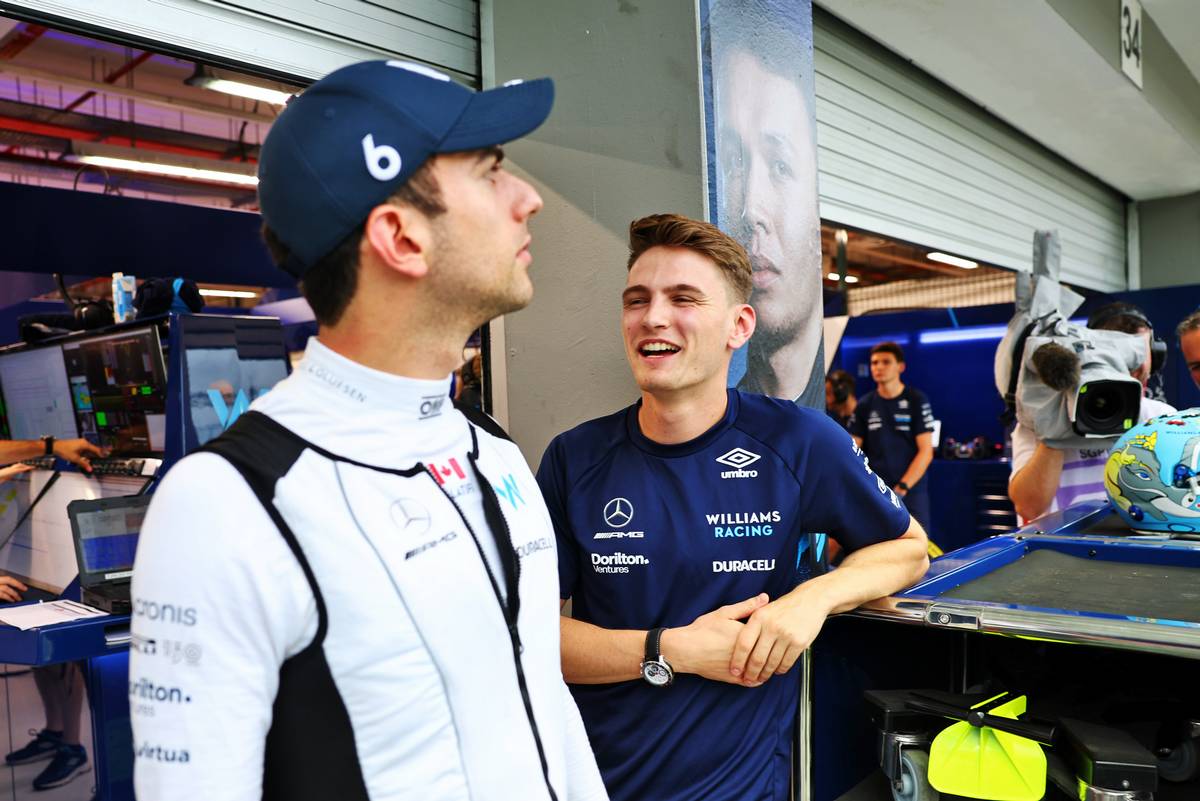 “There will be drivers who don’t get a contract,” he pointed out. “There are still very good drivers and they have the superlicence points, so everything is fine.”
One option could be to retain Nicholas Latifi for another season after all, but other names in the frame include Mick Schumacher and Nico Hulkenberg who are also still in the running for the second seat at Haas.
Former Alfa Romeo driver Antonio Giovinazzi is also understood to be a possible choice. However Capito said that he wasn’t going to say anything either way until Sargeant’s situation is resolved one way or the other.
“No specific, no name,” he stated last week.
Gallery: The beautiful wives and girlfriends of F1 drivers
Keep up to date with all the F1 news via Facebook and Twitter

The one F1 record Verstappen will not be able to break in 2022 - Racingnews365.com

POWER RANKINGS: One perfect 10 as the scores come in from the 2022 Japanese Grand Prix - Formula 1

Posted on August 14, 2022
You are logged in. Benefit directly from all the benefits of your account:Become part of the largest racing community in the United Kingdom. Create...
Read More