News Corp is a network of leading companies in the worlds of diversified media, news, education, and information services.
Max Verstappen is relishing Mercedes’ re-emergence at the front of the grid as Formula 1 returns for the Belgian Grand Prix.
Verstappen holds a commanding 80-point lead in the driver standings after back-to-back victories before the three-week summer break. 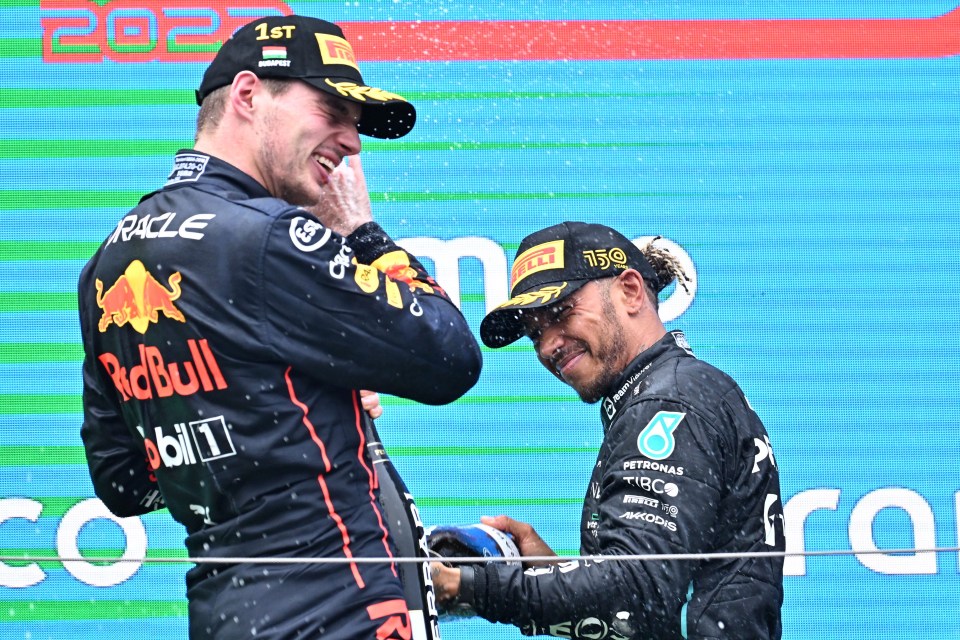 The Red Bull star is heavy favourite to defend his world championship with no driver in history surrendering such a large points margin.
Charles Leclerc remains the closest challenger to his title, but the two most recent races in France and Hungary saw both Mercedes drivers finish on the podium.
Lewis Hamilton and George Russell are now benefiting from their team’s improvements after a poor start to the season – and Verstappen has welcomed the Silver Arrows’ return.
“It’s good that they are competitive because then they can steal more points off Ferrari!” said Verstappen.
“So I’m very happy. They’re doing very well.”
Verstappen won a rain soaked race at the Circuit de Spa-Francorchamps last year where conditions meant only two laps took place.
Russell memorably secured Williams’ first front row start since 2017 during qualifying and will be itching to return to Belgium in a more competitive Mercedes.
The race weekend at the Circuit de Spa-Francorchamps is scheduled forFriday, August 26to

Sunday, August 28.
There will be two practices on Friday that will start from 1pm UK time with the third session an hour earlier at noon on the Saturday.
Qualifying will take place at 3pm while the race itself will get underway at 2pm UK time on the Sunday. 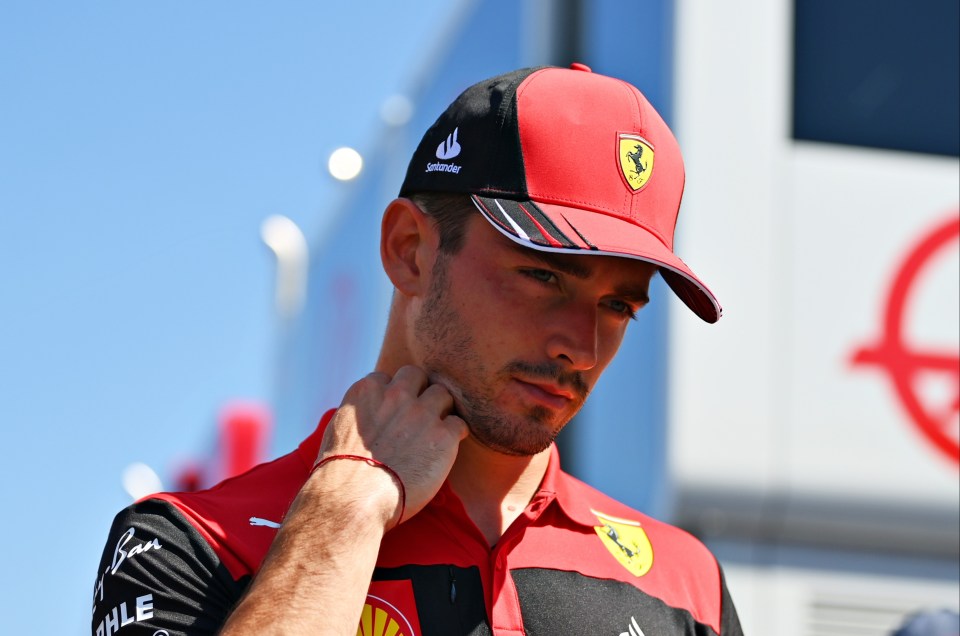 Coverage will again be on Sky Sports F1 throughout the weekend. Their coverage of Sunday’s race build-up begins at 12:30am.
Sky Sports customers can live stream this via the app using their mobile, tablet or computer devices.
If not, you can purchase a Sky Sports Day Pass from NowTV for £9.99 while Channel Four will broadcast highlights later in the evening.
talkSPORT will have all of the best of the action throughout the week.
To tune in to talkSPORT or talkSPORT 2 through the website, click HERE for the live stream. You can also listen via the talkSPORT app, on DAB digital radio, through your smart speaker and on 1089 or 1053 AM.
Toto Wolff rubbished rumours Sergio Perez could replace Hamilton following continued rumours about the latter’s long-term future in F1.
“It’s a complete b*******,” Wolff categorically stated to Motorsport.com.
“I never called Sergio, he’s a good guy and I respect him, but I never talked to him and I was not in contact with any other driver.
“Lewis and I, even in the face of a not-so-encouraging scenario like the beginning of this season, we are always aligned in wanting to try to make things better and to be together next year.
“And we’ve been telling each other for a couple of months that we could go on, maybe five or 10 years, right? So none of that is true.” 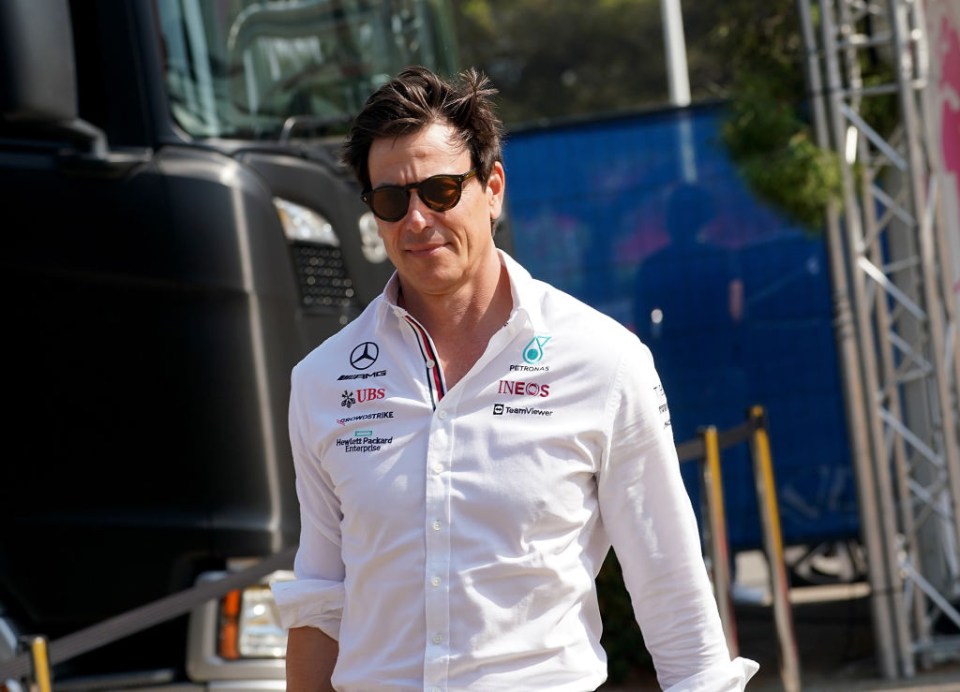 Ralf Schumacher, meanwhile, believes Daniel Ricciardo’s journey as an F1 driver is over following reports Oscar Piastri could take his McLaren seat.
“The names are there, with every cockpit,” Schumacher told Sky Germany.
“Mick [Schumacher, Ralf’s nephew] has also not yet signed a contract. Therefore, he would be a candidate. A candidate with speed, as you have seen.
“Nico Hulkenberg is also still in the starting blocks. And then there is the question of Daniel Ricciardo.
“Personally, I can’t imagine that he would get another chance in Formula 1.” 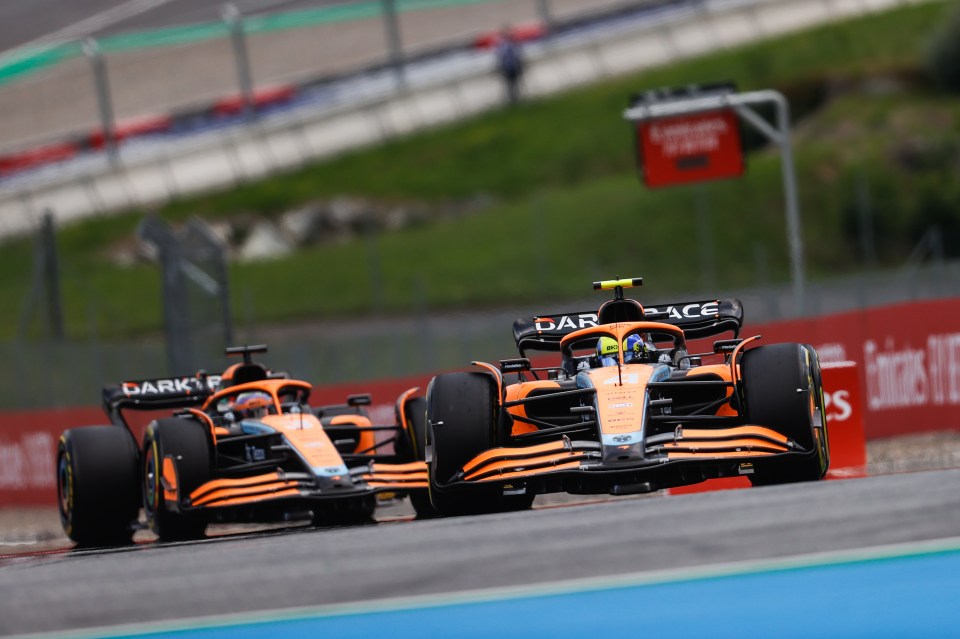 Driver / Car / Points
BET365 NEW CUSTOMERS: Bet £10 Get £50 in free bets* – CLAIM HERE
PADDY POWER ALL CUSTOMERS: Bet £5 via the talkSPORT EDGE app with Paddy Power and get a £5 free bet – available to all customers* – CLAIM HERE
Paddy Power All Customers: Place a £5 Sportsbook Bet through the talkSPORT EDGE app between the 1st and 31st August. Get a £5 free bet on the next Monday after your qualifying bet. T&C’s apply. 18+ Begambleaware.org
Bet365: Open account offer. Bet £10 & Get £50 in Free Bets for new customers at bet365. Min deposit requirement. Free Bets are paid as Bet Credits and are available for use upon settlement of qualifying bets. Min odds, bet and payment method exclusions apply. Returns exclude Bet Credits stake. Time limits and T&Cs apply 18+ Begambleaware.org
SEE ALL FREE BET OFFERS FOR NEW AND EXISTING CUSTOMERS HERE
This service is provided on talkSPORT Ltd’s Terms of Use in accordance with our Privacy Policy.

Hill reveals which F1 driver impressed him most in 2022 - GPblog

Posted on September 4, 2022
Ferrari’s Carlos Sainz was fastest in FP1, which was interrupted by a red flag and rain, before Verstappen topped FP2 with the fastest time...
Read More

Posted on September 1, 2022
The outfit that, like Ferrari, manufactured its own parts including the engine, scored 17 wins and 11 poles between its world championship debut in...
Read More

Posted on October 26, 2022
Nate Saunders details the potential outcomes of the FIA’s budget cap findings for Red Bull. (2:02)At the end of his second season as Lewis...
Read More

Posted on November 8, 2022
Our car experts choose every product we feature. We may earn money from the links on this page. Red Bull team principal Christian Horner...
Read More