We use your sign-up to provide content in ways you’ve consented to and to improve our understanding of you. This may include adverts from us and 3rd parties based on our understanding. You can unsubscribe at any time. More info
F1 fans have attacked British Grand Prix organisers for increasing the prices of F1 tickets and then shutting down the website. Some reported prices rising while they were trying to pay as demand for seats surged.
It comes weeks after Silverstone admitted costs would “increase based on demand”. Twitter user @fluzzer90 said: “So @SilverstoneUK 3 day ticket I was looking at when I first tried was from £559.
“I’ve been repeatedly kicked out of queues and now it’s from £689. Wow, s**** way to treat the fans.” @JDNKon added: “Got my tickets luckily but it’s a joke how you’re increasing prices even more during a cost of living crisis.”
@forzaferrari7 posted: “Love for you to explain the justification for prices going up every few minutes when you and most other circuits would put a percentage rise every few months and be upfront with it. Were you hoping no one would notice?”
READ MORE: F1 fans furious as British Grand Prix confirm ticket prices to rise 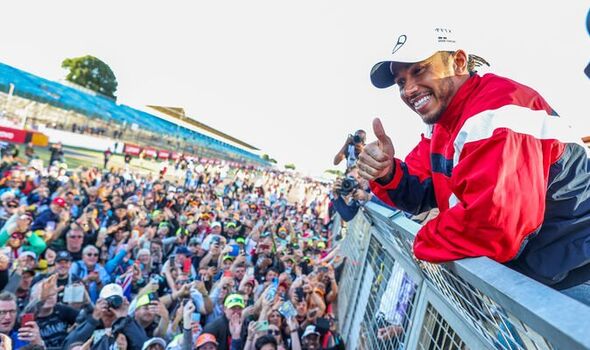 @AlanSabatino commented: “What an utter mess you’ve turned this in to. Loyal fans who have been for years are now getting screwed over.” Some social media users revealed they had over five hours in an online queue to even get a chance to secure tickets.
Sky Sports host David Croft said Silverstone had confirmed there were 25,000 people in the queue yesterday evening. He also revealed 210,000 people had registered early to buy tickets. However, hours later the site was shut down, leaving fans worried they would be unable to secure their place.
DON’T MISS
Lewis Hamilton makes surprise ‘enjoyable’ admission despite struggles [INSIGHT]
Lewis Hamilton offers F1 retirement hint in boost for Toto Wolff [ANALYSIS]
Hamilton’s anger with FIA likened to incident that saw Senna banned [COMMENT] 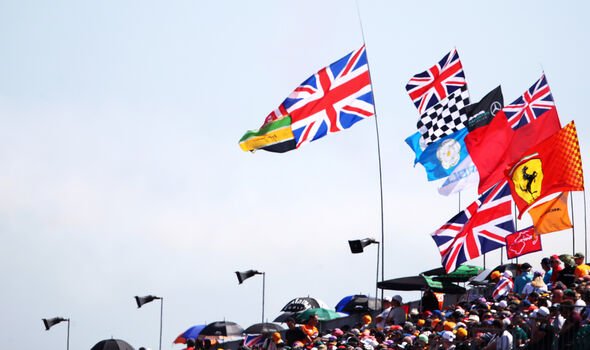 A statement from Silverstone read: “We’ve decided to suspend the 2023 Formula 1 British Grand Prix ticket sale, as we’re acutely aware a lot of fans have experienced intermittent issues in securing their tickets. Due to ongoing issues with our ticketing provider, Secutix, we feel the fairest thing for us to do is to temporarily pause sales and freeze all ticket prices until these are resolved.
“We plan to be back on sale at 1130am (today) and reassure you we still have good availability across all ticket types. Please watch our social channels and keep an eye on your emails for our most up to date timings. Once again, we sincerely apologise for the frustrating experience that many of you have had today and thank you for your support throughout this time.”
Addressing price concerns, David Croft claimed Silverstone had told him prices do not increase automatically. He added organisers had assured him costs only rise after manual checks to try and stop prices spiralling quickly.
See today’s front and back pages, download the newspaper, order back issues and use the historic Daily Express newspaper archive.

Posted on July 29, 2022
Filed under:Formula One racing is headed to Jeddah for the STC Saudi Arabian Grand Prix. We’ll update qualifying until we’ve got the full racing...
Read More

Posted on September 17, 2022
Senior figures in motor racing have expressed a widespread sense of fatigue and dissatisfaction among Formula One teams with the sport’s governing body, the...
Read More

The drivers who could take Vettel's seat at Aston Martin – Racingnews365.com

Posted on August 30, 2022
You are logged in. Benefit directly from all the benefits of your account:Become part of the largest racing community in the United Kingdom. Create...
Read More