by Jaden Diaz-Ndisang July 1, 2022, 12:21 pm
Alpine are one of many teams introducing significant upgrades for the British Grand Prix this weekend. The French squad looks to compensate for the reliability issues that have cost them points this season.
Despite the suspect reliability of the A522, Alpine has significantly reduced its deficit to McLaren in the standings, stringing together a sequence of points finishes after a difficult weekend for the team in Imola. 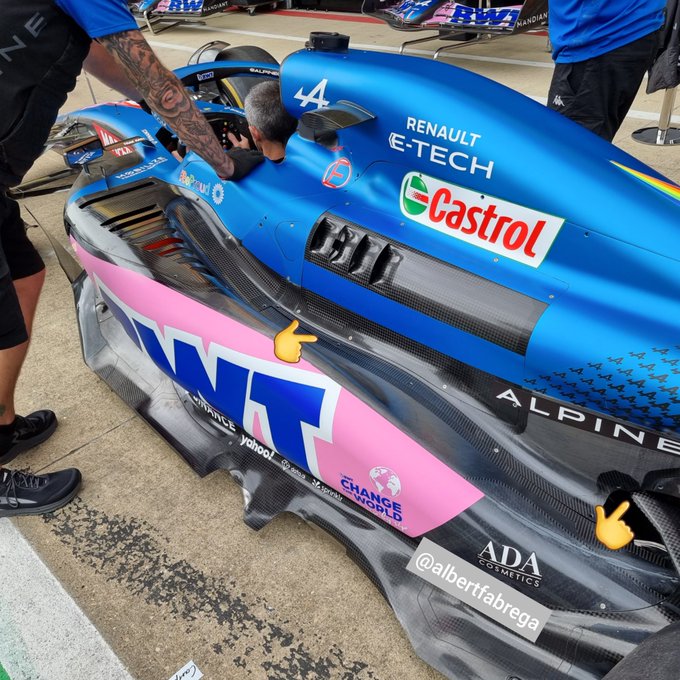 Esteban Ocon has praised the team for bringing forward such important updates so quickly and hopes they will have a positive impact on the trajectory of their season:
“We need to wait and see what [the upgrade] gives; a lot of other teams are also bringing upgrades, and we can’t underestimate anyone – that’s for sure – but yes, the team, the factory in Enstone, they’ve done an awesome job by delivering these bits.
We had discussions after Canada where the team thought, ‘maybe there’s going to be one floor coming’, and we ended up with the full car pretty much different! And yes, you know, parts for both of us as well, so it’s fantastic how much motivation… the team has at the moment. And that’s the only way we can push forward, so we are on the right track.”
Whilst Ocon correctly identifies that several teams are bringing upgrades to the iconic Silverstone circuit, Alpine are one of the teams to generate the most excitement ahead of this weekend. With the tightly packed midfield, even small steps forward in lap time could have significant consequences.
alpinef1

Get the latest stories sent straight to your inbox!

Latifi surprises but who else impressed in qualifying at Silverstone - Crash

Williams: Lack of confidence in the car behind Latifi F1 struggles - Motorsport.com

Posted on September 4, 2022
Formula 1Dutch Grand Prix – Here are the complete results from the second practice ahead of the 2022 F1 World Championship race at Zandvoort.Results...
Read More

Posted on September 30, 2022
Formula 1 CEO Stefano Domenicali has given an update on a potential return for the German Grand Prix to the calendar in the future.In...
Read More