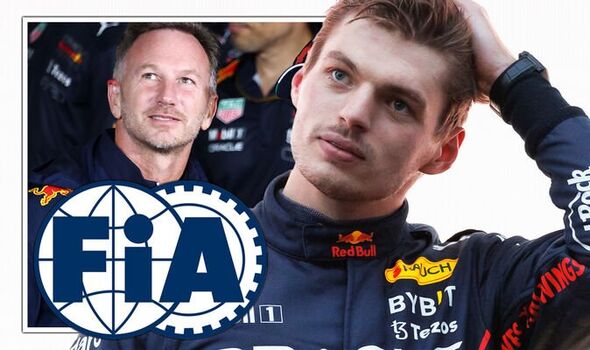 The FIA have confirmed that a procedural and minor spending breach has been made by Red Bull while Aston Martin are guilty of solely a procedural error.
The drinks manufacturer are therefore the only team deemed to have gone over the cap of £114million however as a minor error it is within 5%. The FIA will now consider their next steps over any sanctions but they are not expected to stop Verstappen from keeping his maiden F1 crown.
Red Bull have been found guilty of a minor financial breach according to the Daily Mail however this will not be enough to see Verstappen lose his 2021 title.
The official announcement is said to be on the way at 4pm but it will not be specified how much the team went over. The punishment is yet to be specified but it is likely to be just a fine, stopping short of any points penalties.
No other team will be named to have overspent but Aston Martin are believed to have committed a procedural error.
READ MORE HERE

The FIA should avoid stripping Max Verstappen of last year’s Drivers’ Championship title in order to avoid creating yet another farcical situation at the top of the sport, according to ex-F1 driver Paul di Resta.
He told Sky Sports F1: “Is this good for Formula One? No. Can you rewind the championship 10 months? I don’t believe that’s the right thing to do.
“You’ve got to move forward. You’ve got to have a hard and fast rule. Why in this day and age can we not get to the answer quicker that we all need?
“If it’s going to be a fine or money, well, they’ve got a surplus of money because of how well Formula One is doing at the moment. So then you go back to are we going to rewind the world championship result?”
Robert Reid, the FIA’s vice-president for sport, has hinted that Red Bull are likely to escape with a minor punishment if anything at all by playing down the saga that has surrounded their alleged cost cap breach over the last few days.
“I think the unfortunate thing for me is there’s been so much speculation, and wild speculation,” he told Autosport.
“That’s caused situations where potentially there’s even some reputational damage now, which is unfortunate. There’s been too much talk. Monday will come and go, and I’m sure we’ll quickly move on to the next year’s analysis, and we’ll see what comes.
“Personally, I actually don’t know the figures. It is a process, we do have a department who are doing that, they will come with various steps in the process.
“If there were to be any breaches, I think everybody knows what those breaches would be classified as in terms of procedural, minor and material.”
Hello and welcome to Express Sport‘s live coverage from the world of F1 as Red Bull wait to find out whether they will be punished for allegedly breaching last year’s budget cap.
The FIA are expected to announce their findings later today and we’ll be on hand to bring you all the latest updates as they happen.
See today’s front and back pages, download the newspaper, order back issues and use the historic Daily Express newspaper archive.

Posted on June 21, 2022
Lewis Hamilton and Mercedes are ‘in a happy place’ contractually, according to team principal Toto Wolff ahead of the 2022 F1 Canadian GP.This season,...
Read More

Posted on October 14, 2022
Herta was being lined up by Red Bull to take a seat at AlphaTauri for 2023, with the squad open to an offer from...
Read More

Posted on November 23, 2022
You are logged in. Benefit directly from all the benefits of your account:Become part of the largest racing community in the United Kingdom. Create...
Read More