We use your sign-up to provide content in ways you’ve consented to and to improve our understanding of you. This may include adverts from us and 3rd parties based on our understanding. You can unsubscribe at any time. More info
F1 bosses were forced to stop qualifying for the Dutch Grand Prix after a flare was thrown on the track. An orange flare was chucked on the circuit on the run to turn 13 moments before Alex Albon’s Williams drove past.

Albon was the only car on the track at the time but it still affected his run plan. Albon had also complained of pigeons sitting near the racing line on his warm-up lap.
The FIA confirmed the offender had been thrown out of the circuit moments later. They said: “For info the person responsible for throwing the flare on track has been identified and removed by event security.”
Ted Kravitz also revealed Dutch Grand Prix organisers had addressed the crowd after the incident begging fans to not throw anything else on the track.
He explained: “In Austria they weren’t banned, here last year they weren’t banned, although I think they have set fire to some dried grass in the past around here. But they have now decided to ban them.
READ MORE: Nico Rosberg makes awkward confession about Lewis Hamilton 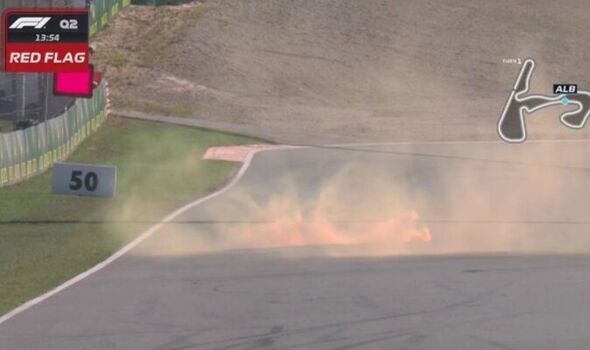 “So, there is now going up on the big screens a sign to the crowd. ‘It is prohibited to set off fireworks and other incendiary materials, If you do use flares you will be removed from the premises’.
“But they are not checking people, they can’t check people, what are you going to do a whole body search before you get in. But there are signs as you come in saying if you do have flares they are not allowed, so please put them in some kind of bin before you come into the circuit.
“Obviously a lot of spectators are not heeding those warnings.”
DON’T MISS
F1 boss gives 2023 calendar hint ahead of Dutch Grand Prix [INSIGHT]
Max Verstappen admits Red Bull have ‘benefitted’ from Ferrari errors [COMMENT]
Toto Wolff hints at Mercedes 2023 strategy in threat to Max Verstappen [ANALYSIS] 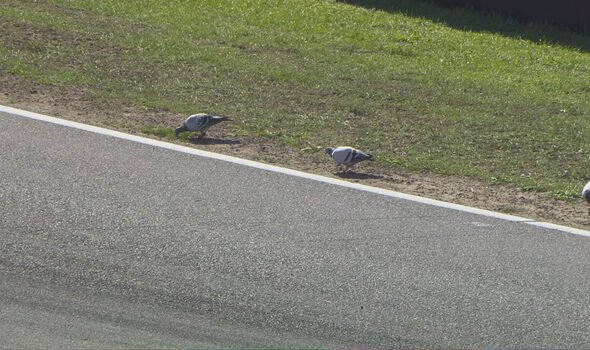 Kravitz added fans who are identified using flares would be chucked out and not refunded. Croft then added that flares usually give off a bad smell and warned it was “not particularly safe” as the grass was very dry.
It comes months after Dutch fans were blamed for causing carnage at the Austrian Grand Prix. Back in July, Dutch GP organiser Jan Lammers described the scenes in Austria as “embarrassing” and pledged the race at Zandvoort would be different.
He commented: “I think the real Orange fan would like to make a statement of showing now how it’s done, so I don’t expect any trouble. I have a feeling that this will be the best time to go because everybody will be on good behaviour of course.”

Posted on September 30, 2022
Sky and F1 will also continue their deals in Italy and Germany until 2027, expanding upon its exclusivity in both regions with all races...
Read More

Posted on August 10, 2022
The four-time F1 world champion revealed via his newly-launched Instagram account on Thursday ahead of this weekend’s Hungarian Grand Prix that he would be...
Read More

"A douchebag; The sport would be a better place without him"- Fans urge Red Bull to 'fire' Helmut Marko to make him leave F1 – Sportskeeda

Posted on August 15, 2022
Red Bull team advisor Helmut Marko is known to be one of the most controversial individuals in the paddock and, in turn, does not...
Read More