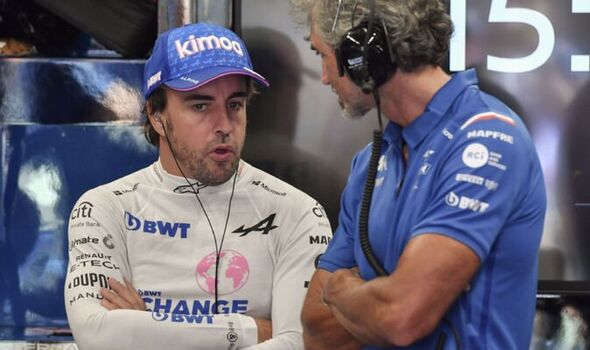 We use your sign-up to provide content in ways you’ve consented to and to improve our understanding of you. This may include adverts from us and 3rd parties based on our understanding. You can unsubscribe at any time. More info
Red Bull star Sergio Perez is the latest F1 star to annoy Fernando Alonso and it comes a week after the Spaniard’s row with Lewis Hamilton. Alonso was out on a fast lap during qualifying for the Dutch Grand Prix but his time was hampered by Perez.
The Alpine star, who is set to join Aston Martin next season, had to settle for 13th place on the grid after he was slowed down by Perez. The Spaniard then called out his rival over the team radio.
“I had traffic, Red Bull in Turn Eight, I don’t know what he was thinking,” Alonso said. The 41-year-old was hoping to make it into Q3 after recording lap times in the top 10 during practice. And he was flying in sector one before being held up in sector two.
Alonso’s message comes a week after he called Hamilton an “idiot” for crashing into him on the opening lap of the Belgian Grand Prix.
“What an idiot! Closing the door from the outside,” Alonso fumed last week. “I mean, we had a mega start but this guy only knows how to drive and start in first.”
Those comments sparked a row with Hamilton responding: “I know that’s how things feel in the heat of the moment, but it’s nice to know how he feels about me in a way, better that it’s out in the open, how he feels.

“Like I said, it wasn’t intentional and I take responsibility for it. That’s what adults do.
“I mean, I would have [spoken about it with Alonso] until I heard what he said, so it’s unfortunate.”
Alonso did eventually apologise for calling out Hamilton over the team radio – but it was not without another dig.
“When you say something against a British driver, there is a huge media involvement after that but anyway, yes I apologise,” Alonso explained. “I’m not thinking what I said. The heat of the moment, the adrenaline of the moment, fighting finally for the top two, top three made me say those comments that I should not say.
“Nothing I said is true and there are facts that show the opposite. I have absolutely no problems with Lewis. I have huge respect for him. He’s a champion, he’s a legend of our time.” 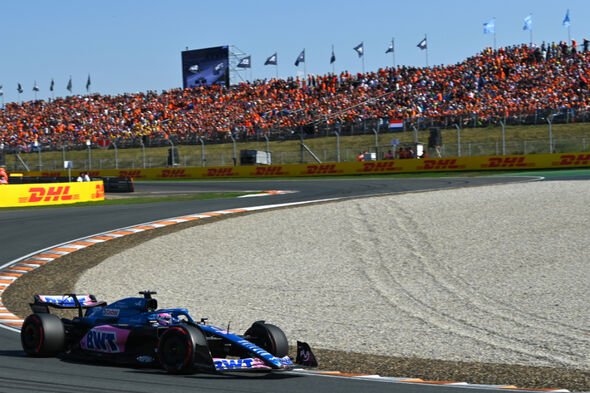 He added: “In football, in tennis you have your moments of privacy with your team. I know it’s part of the show. As I said, all the things broadcast on the radio are a bit spicy because the sport wants that spice into the race.”
Meanwhile, Sebastian Vettel stepped in to defend his good friend Hamilton.
“We are aware of the fact that radio calls are public and I think it was a very disrespectful comment,” he said. “Lewis is one of the fairest drivers on the grid, I don’t think he had any intentions to be unfair and made a mistake. We all make mistakes, even Fernando sometimes makes mistakes.”

Posted on August 6, 2022
Close enenGPblog.com According to Formula 1 journalist Joe Saward, there is still a lot unclear about the 2023 F1 calendar. The journalist states in...
Read More

Engine freeze in F1: Why the next few weeks are crucial – GPblog

Posted on August 14, 2022
Close enenGPblog.com The Formula One teams are preparing for the second half of the season, which starts at the end of August at the...
Read More

Posted on July 30, 2022
Racing fans, the Iceman is back. Kimi Räikkönen is returning to the NASCAR Cup Series to compete at Watkins Glen in August. He will join Trackhouse Racing...
Read More