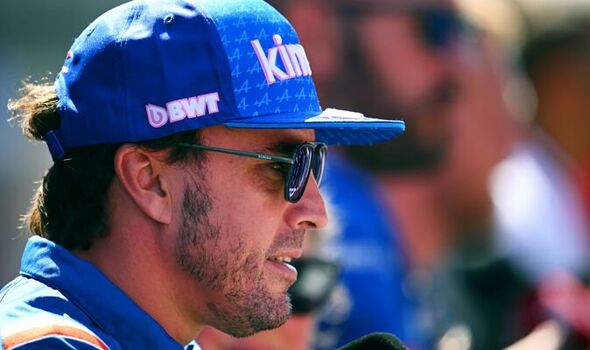 We use your sign-up to provide content in ways you’ve consented to and to improve our understanding of you. This may include adverts from us and 3rd parties based on our understanding. You can unsubscribe at any time. More info
Fernando Alonso has lifted the lid on his surprise decision to leave Alpine, suggesting that Aston Martin’s eagerness to sign him made him aware of how little love he had been receiving from Alpine. The 41-year-old will drive for the British-based team in 2023 after signing a two-year contract, ending his two-year association with his current employers.
Alonso had been in discussions with Alpine over a new deal to keep him with the Enstone team after some impressive displays in 2022. He has finished in the top six in four of the last six races, earning a total of 59 points, and finished on the podium at the Qatar Grand Prix in 2021.
But Alpine’s refusal to hand him a deal longer than a one-year extension forced Alonso to consider his options. And when Aston Martin made their interest clear, the Spaniard decided to sign for the outfit owned by Canadian billionaire Lawrence Stroll.
Alonso’s announcement came out of thin air to stun the paddock into silence, with team principal Otmar Szafnaeur admitting he was unaware Alonso had held talks with Aston Martin. And the two-time world champion has revealed what persuaded him to leave his current employers.
READ MORE: Hamilton’s huge row with Alonso: ‘That’s a lie!’ 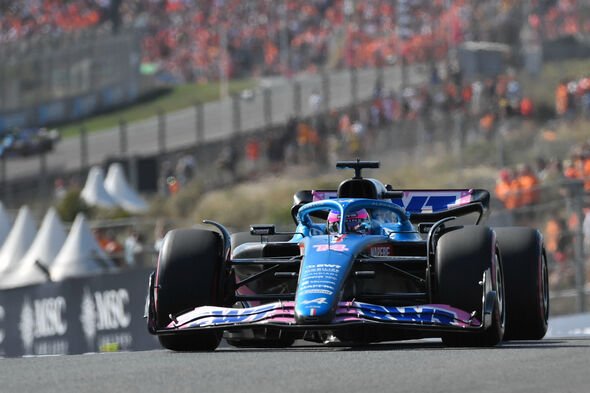 “It was because of the desire I saw on the part of Aston Martin to have me,” he told DAZN. ”Perhaps that was missing with Alpine – or the signs of affection that perhaps I did not have here.
“Alpine had [Oscar] Piastri, the young talent from the academy, and I was also going to a project that seemed more ambitious than Alpine’s.”
Alonso’s announcement was the catalyst for a number of driver moves that have whipped up quite a storm in F1. Alpine released a statement confirming Piastri, 21, would make the step up from his reserve driver role to partner Esteban Ocon, only for the Australian to deny that he had agreed to race for the team.
LATEST F1 NEWS
Alonso apologises to Hamilton and plans talks with Brit
Alonso slams Alpine and shares why he is a ‘little annoyed’
Piastri opens up on ‘very attractive’ McLaren terms and Alpine error 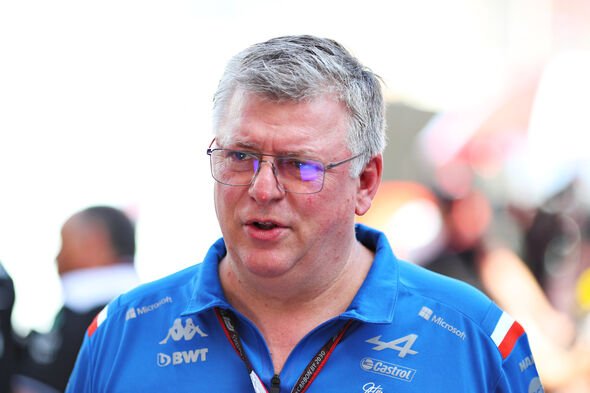 Instead, it later emerged McLaren had stolen a march on Alpine to lure Piastri to the team to replace Daniel Ricciardo, who is leaving at the end of the 2022 season.
And it means that Alpine are still looking for a driver to fill the vacant seat left by the veteran, with Pierre Gasly of AlphaTauri the frontrunner to succeed Alonso.
It is not the first time Alonso’s future has created a domino effect in the sport after he left in 2018 to pursue other racing opportunities. Now in the twilight years of his career, it had been suggested Alonso could retire in the near future, but he is not thinking of retiring at least for another two years.
“I hope to be in Formula 1 for at least two or three more years – I think I am still at 100 percent,” he added. ”And then, from there, a challenge that I have never hidden is to try the Dakar Rally again.”
See today’s front and back pages, download the newspaper, order back issues and use the historic Daily Express newspaper archive.

How F1's helicopter footage was brought to a higher level – Autosport

Posted on September 25, 2022
First free practice of the French Grand Prix has just ended when we get invited to Paul Ricard’s airport. The man we’re meeting is...
Read More

Why Williams is abandoning its F1 2022 launch concept – Motorsport.com

Posted on July 23, 2022
As technical director François-Xavier Demaison (FX) said: “We can really call it a new car, because the list of parts we kept is much...
Read More