Feel free to call it a comeback in today’s Leadoff: NASCAR is wrapping up a bounceback 2022 season, WWE generates $304.6 million in revenue in Q3, Kevin Durant and his NBA team owner face off in the MLS Cup final, and Under Armour gets back on track after lackluster results. Click here to listen.
Jay Biggerstaff-USA TODAY Sports
Two of the biggest figures in U.S. culture and business are teaming up to buy the Washington Commanders.
Jeff Bezos and Jay-Z are both interested in buying the NFL team, according to multiple reports, following an announcement that team owner Dan Snyder had hired Bank of America to explore a sale — and they’re not alone.
Bezos is considered the frontrunner due to his $114.4 billion net worth and the strategic alliance afforded by his position as founder of Amazon, which holds exclusive rights to “Thursday Night Football.”
He is reportedly willing to pay more than $5.5 billion, and the bid could value the team as high as $6 billion.
It’s not immediately clear how Jay-Z’s potential ownership role would affect his other work with the NFL. His Roc Nation company is the league’s official live music entertainment strategists.
Roc Nation’s agency represents a potential conflict of interest: It lists 58 NFL players as clients on its website, including Saquon Barkley and Leonard Fournette. Jay-Z gave up his stake in the Brooklyn Nets because his agency also represents NBA players.
Jerome Miron-USA TODAY Sports
Revenue increases across Formula One Group, Braves Group, and Liberty SiriusXM Group fueled Liberty Media’s third-quarter earnings, the company announced Friday.
F1 reported a 7% year-over-year increase in revenue to $715 million, while operating income fell to $64 million from $68 million during the same period last year.
During the quarter, F1 announced a 24-race calendar for 2023 — its largest ever — and announced several new deals.
Braves Group — owner of the Atlanta Braves, who won their fifth consecutive NL East Championship and enjoyed their highest ticket sales since 2000 at 3.2 million — reported $252 million in revenue, up from $234 million during the same period last year.
SiriusXM, which recently expressed interest in increasing its investment in live sports rights, reported a 4% year-over-year revenue increase to $2.28 billion and net income of $247 million. As of Oct. 28, Liberty Media owns 82.4% of the brand.
On Friday, F1 revealed its newly added Las Vegas race would be called the Formula 1 Heineken Silver Las Vegas Grand Prix 2023. Heineken Silver comes to the U.S. in early 2023.
Las Vegas hotels are causing an uproar for their soaring prices, with the average room rate reportedly increasing 305% year-over-year during the event.
SPONSORED BY RIOT GAMES 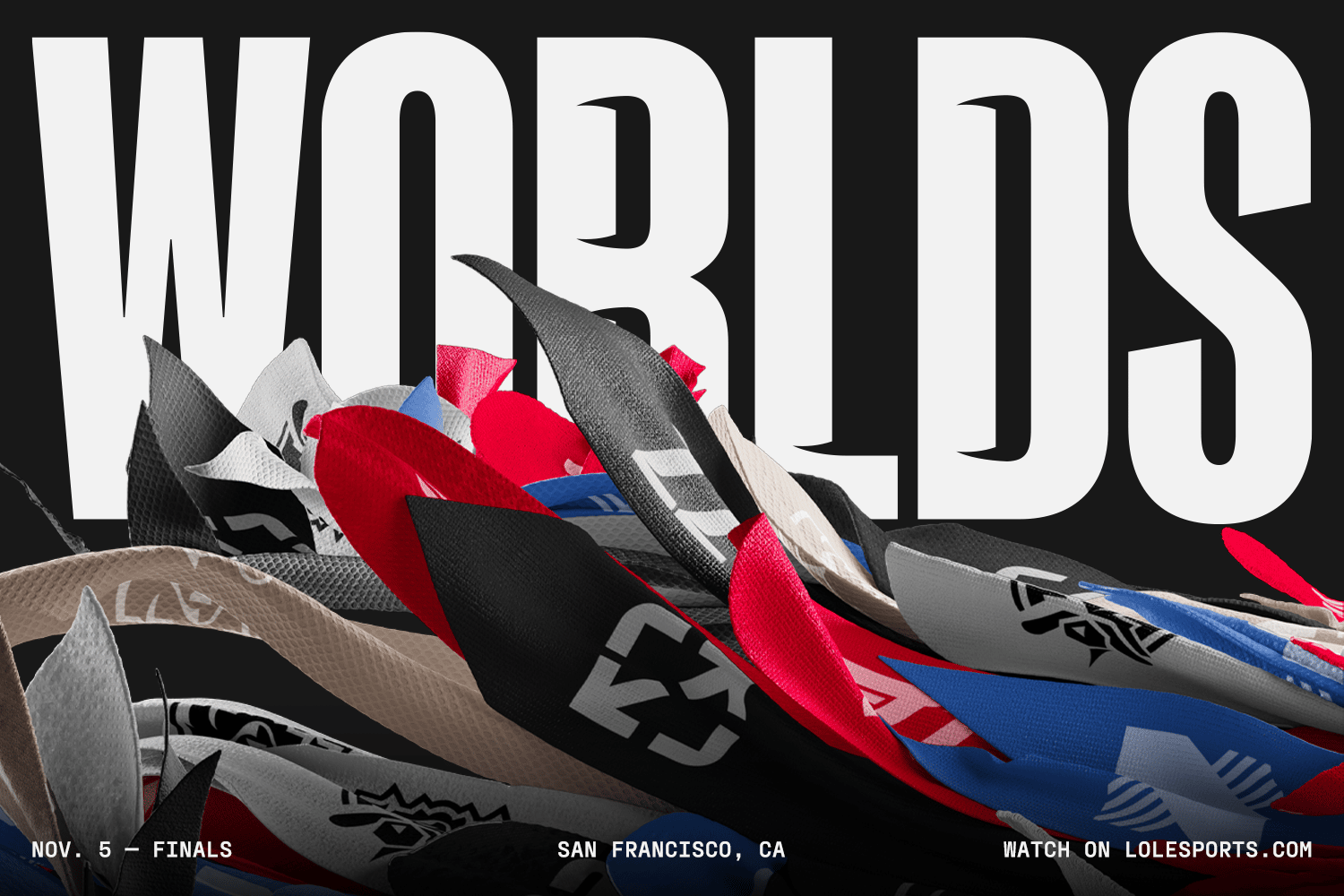 The pinnacle moment for the world’s most popular esport has arrived!
Don’t miss the exciting conclusion to the 2022 League of Legends World Championship, the World Final, featuring upstart DRX vs. legendary T1 – battling it out in the title match on Saturday, November 5, in front of a sold-out crowd at the Chase Center in San Francisco.
The global event from Riot Games kicks off at 8:00 p.m. ET with the Worlds 2022 Opening Ceremony, presented by Mastercard, headlined by Grammy-winning artist Lil Nas X, alongside Jackson Wang and Edda Hayes.
Catch it all right here.
Mark J. Rebilas-USA TODAY Sports
DraftKings is still on the road to profitability, according to its latest earnings report.
The Boston-based fantasy and sports betting giant generated $502 million in revenue in Q3 2022, a 136% increase compared to the same period last year.
The results were attributed to strong customer acquisition and retention, launches in new markets, high hold rates largely from NFL wagering, and reduced spending on promotions.
On the company’s quarterly earnings call, DraftKings CFO Jason Park said that its sports betting business seems unaffected by recent economic uncertainty.
Despite the growth in revenue in Q3, DraftKings projects heavy losses.
It expects an adjusted EBITDA loss of between $780 million and $800 million in FY2022 — an improvement from an estimated loss of between $756 million and $835 million last quarter.
Shares of DraftKings tumbled as much as 25% on Friday.
DraftKings and ESPN are close to signing an exclusive deal that “will have shows and perhaps odds integrated into game broadcasts,” according to The Action Network.
ESPN previously secured co-exclusive deals with Caesars Entertainment and DraftKings in 2020.
Disney owns roughly 5% of DraftKings after purchasing more than 18 million shares in 2020.
FRONT OFFICE SPORTS LIVE 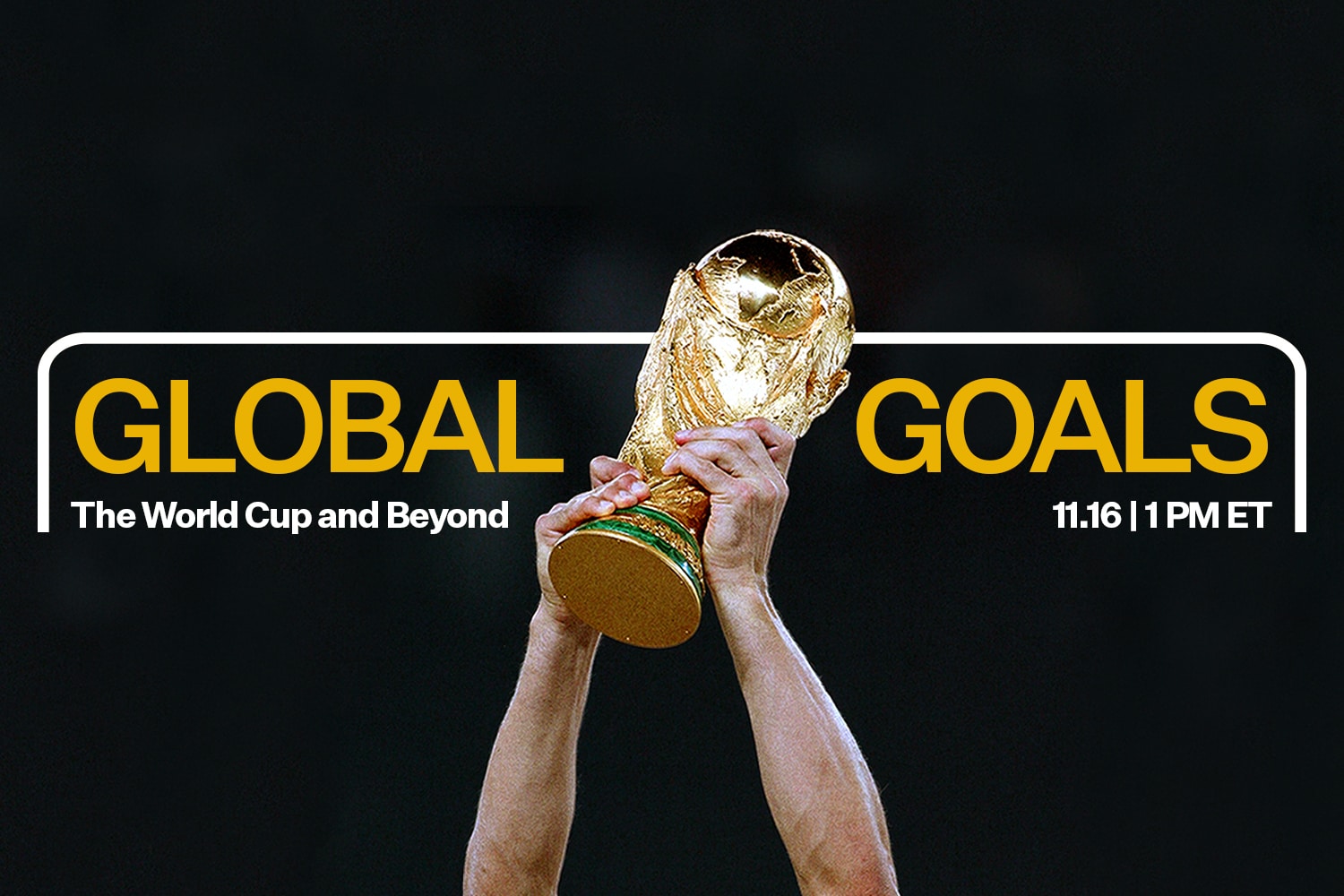 As the world’s attention turns to Qatar for the 2022 FIFA World Cup, Front Office Sports goes off the pitch with leading figures behind the ultimate sports spectacle in Global Goals: The World Cup and Beyond virtual summit.
Join us on Wednesday, November 16 at 1 p.m. ET to hear from soccer analysts, former athletes, broadcasters and marketers on the experience of building one of the most impactful business and cultural events in sports and its reverberation on U.S. soccer. In this virtual event you will:
Register now!

U.S. stocks experienced declines across all three major indexes on Friday. Here’s a look at how some sports-related stocks performed:
The Chicago Bulls (5-4) face the Boston Celtics (4-3) on Friday night at TD Garden.
How to Watch: 7:30 p.m. ET on ESPN
Betting Odds: Celtics -7 || ML -280 || O/U 223.5
Pick: Expect the Bulls to compete for all four quarters. Take Chicago to cover.
SPONSORED BY
Front Office Sports has teamed up with Paramount+, home of the UEFA Champions League, to celebrate the streaming of world-class soccer from around the globe.
Celebrate with us for a chance to win!
Five lucky winners will receive an authentic official soccer jersey – all you have to do is refer your friends and colleagues to Front Office Sports. Copy and paste your unique link below and share it in an email or on your timeline.
NO PURCHASE NECESSARY. Enter between October 18, 2022 @ 12:01 a.m. ET – December 18, 2022 at 11:59 p.m. ET. Open to US residents age 18+ only. 1 entry per person. Void where prohibited. See Official Rules for details.

F1 calendar 2022: Race schedule, tracks and results with Brazil Grand Prix up next... - The US Sun

Posted on June 11, 2022
Lewis Hamilton is Britain’s richest active sportsman in 2022.The seven-time F1 world champion is the richest competing sportsman in the history of The Sunday...
Read More

Posted on October 17, 2022
Mark Webber gives his verdict.Logan Sargeant and Mick Schumacher are the two favourites to race for Williams next season, although the two drivers are...
Read More

F1 Fantasy tips for the United States Grand Prix: How streaks could win you big points at COTA – formula1.com