#r8gesports #coaching #tsutsu #simracing #esports #granturismo #GT7
Thank you to Antonio Baravalle and the whole Lavazza team for their amazing support at the #CanadianGP the other week (and throughout my whole career!) It was brilliant to have you at the race! 💙☕️
To everyone else: I’ll see you at Silverstone 🇬🇧
Australian GP called off!
Michael Delaney 26/06/2022 at 08:2126/06/2022 at 14:26 <!– DashboardP3, F1 News, Reports and Race Results, Williams Comments Off on Latifi suspects gap to Albon caused by ‘something quite fundamental’ –>
Nicholas Latifi says he’s “puzzled” by his current performance deficit to Williams teammate Alex Albon, and hints that the issue may lie somewhere under the hood of his car.
Earlier this season, Latifi was left to reflect on a tough start to his 2022 campaign, admitting that confidence issues had weighed on his performance and led to messy weekends.
Although Latifi has since gained a better understanding of his FW44 which has boosted somewhat his trust in his car, his pace relative to Albon – in qualifying or on race day – has hardly improved, and that’s now a big source of frustration for the 26-year-old.
“We’ve been lacking so much pace, right from the off,” said Latifi in Montreal, where the local hero qualified P18 and finished P16.
“On low fuel, high fuel, when tyres are in a good window and we’re managing tyre degradation, we’re just way too far off.
“We have to use this two-week break to understand why and see if we can find anything. For me, it has to be something quite fundamental.
“There’s no situation or condition on-track, even when people aren’t pushing flat out and I feel that the pace is there to our competitors.
“So we’ll see. Try and reset going into Silverstone, and go from there.”
Williams is expected to roll out a revised FW44 at Silverstone next weekend, and the updates will hopefully benefit the team which been the slowest outfit on the grid this year.
So far, Williams has only scored two top-ten finishes, courtesy of Albon in Melbourne and in Miami. 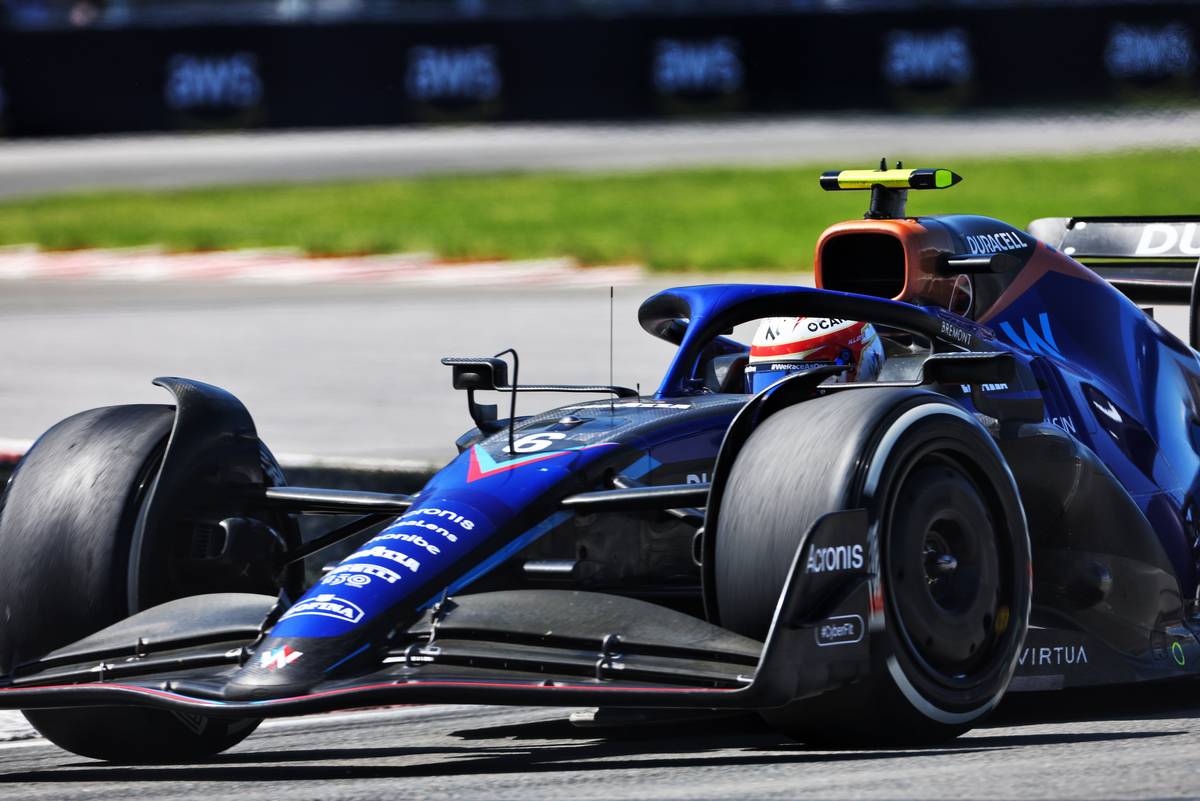 While Latifi recognizes that his lack of trust in his car was a factor in his depressed performance in the first part of the year, the Canadian now suspects that his struggles go “far beyond a driving-style issue” and that something more “fundamental” is at play underneath the hood of his FW44.
“For sure, at the beginning of the season, there was part of that [lack of trust], and you could maybe still attribute some of the lap time delta to that,” he explained.
“For me, looking far beyond that and past any of the confidence limitations that I feel I was having in the beginning, the pace would just not be there.
“There are situations where I just don’t feel that my car is capable of doing what I see he’s doing on the data, which is not a nice feeling to be in.
“It’s a bit puzzling. But again, we’ll use this two-week break to see what we can analyse.”
Keep up to date with all the F1 news via Facebook and Twitter

Posted on August 24, 2022
Welcome to GPFansAre you a F1 Fan? Follow GP FansEditionMcLaren technical director James Key has revealed issues relating to both Brexit and the Covid...
Read More

Posted on September 14, 2022
Last week MotoGP announced a radical format shake-up for 2023 with the introduction of half-distance, half-points sprint races to the Saturday of every single...
Read More

Posted on October 29, 2022
We use your sign-up to provide content in ways you’ve consented to and to improve our understanding of you. This may include adverts from...
Read More

Posted on November 19, 2022
Logan Sargeant is on the brink of securing a Formula 1 superlicence and a Williams 2023 race seat after the Formula 2 sprint race...
Read More