We use your sign-up to provide content in ways you’ve consented to and to improve our understanding of you. This may include adverts from us and 3rd parties based on our understanding. You can unsubscribe at any time. More info
In the midst of his most difficult Formula 1 campaign to date, Lewis Hamilton has admitted to feeling “hopeless and helpless” in an emotional post to his fans. It emerged the seven-time world champion was the subject of racist abuse from Nelson Piquet in June, while Hamilton sits sixth in the standings and is on course for the lowest F1 finish of his career.
But despite that adversity, Britain’s most decorated driver remains confident happier times are ahead. Taking to Instagram on Friday, Hamilton spoke about the difficulties people are facing before telling his 29million followers “something great is ahead of us all.”
“We are living in such a challenging time,” wrote Hamilton. “We all have bad days where we feel hopeless and helpless, myself included. It’s part of being human. But remember there is always something you can do. You are more powerful than you even know. When the world feels violent we can become more gentle, when everything feels like chaos we can pursue peace.
“We unlock so much when we become more intentional with what we’re thinking, saying, projecting and doing! Don’t give up hope that a brighter day is ahead of us, we’re in this together and I choose to believe something great is ahead of us all. I choose to do everything in my power to make good things happen. I believe in you. Sending high vibrations, positivity, and love.”
READ MORE
Lewis Hamilton backed to win F1 race for Mercedes this season on one condition 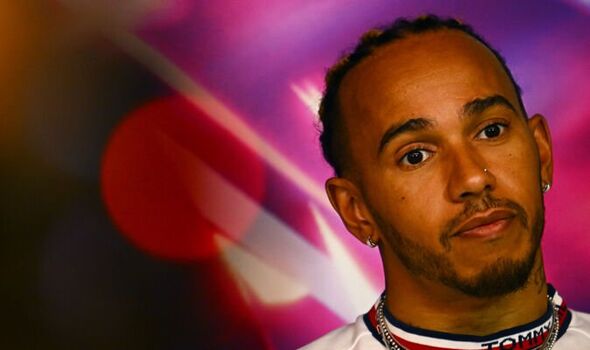 Accompanying the post were two pictures of the 37-year-old with his head in his hands, which bared tattoos spelling out “Divine Love” on his right and “Grateful” on the left. The stills were taken by Los Angeles-based photographer Raven B. Varona, who counts the likes of LeBron James, Beyonce, Jay-Z and Adele among her recent subjects.
Hamilton’s post received close to 300,000 likes in the first hour after it was posted. Fans of the F1 icon offered support and well-wishes in response, as one told the Silver Arrows star: “We are in this together, Lewis.”
DON’T MISS
F1 team sells shares to controversial Saudis behind Newcastle takeover and LIV Golf
Russian driver finds loophole to FIA ban and set to feature in F1 practice session
Mick Schumacher sent reality check as Nico Rosberg challenges Hans-Joachim Stuck theory 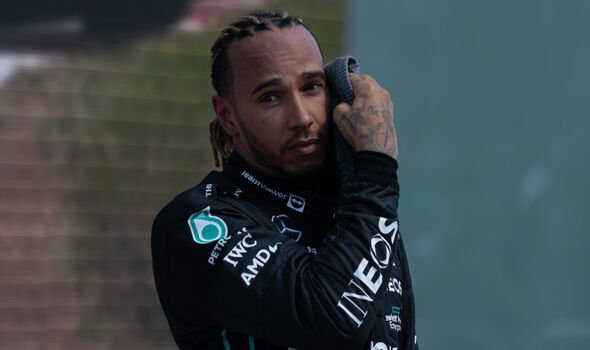 After losing last season’s F1 title to Red Bull-based rival Max Verstappen in unfair circumstances, it was feared Hamilton could retire from the sport two years before his contract is due to expire. He returned for the 2022 campaign but hasn’t looked his usual self on track, due in large part to Mercedes‘ struggles to adapt to F1’s new regulations.
Results are on the rise, however, after the Briton has sealed third-place finishes in the last three races, having failed to podium in the seven outings prior. Hamilton will look to extend that streak when the season resumes at the French Grand Prix on July 24, having won two of the past three races held at the Circuit Paul Ricard.
See today’s front and back pages, download the newspaper, order back issues and use the historic Daily Express newspaper archive.

F1 circuit contracts: How long each race will remain on the Formula 1 calendar - Autosport

Posted on October 13, 2022
Filed under:If you’re wondering when F1’s STC Saudi Arabian Grand Prix will start or how long it will last, we’ve got you covered.Formula One...
Read More

Posted on November 7, 2022
However, the change was not as dramatic as in previous quarters because income in the latter part of 2021 was not impacted as dramatically...
Read More

Stefano’s State of the Nation – F1’s President and CEO on the 2022 calendar, the Sprint, and the title race – Formula 1