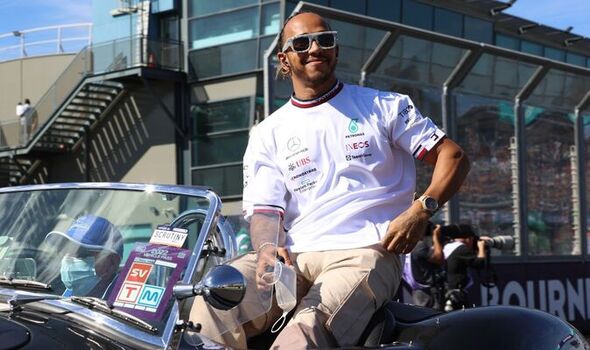 We use your sign-up to provide content in ways you’ve consented to and to improve our understanding of you. This may include adverts from us and 3rd parties based on our understanding. You can unsubscribe at any time. More info
Lewis Hamilton has admitted that his hotel stay during the Australian Grand Prix race weekend often brings up his biggest phobias and he’s taken on a unique habit whenever he first gets to his room. The race down under will always hold a special place in Hamilton’s heart given it was where he made his F1 debut way back in 2007.
But it’s proven to be a tricky track for the Brit over the years, winning just twice in 14 race entries. It’s also the scene of the only time Hamilton was ever disqualified from an F1 race during the controversial 2009 Australian Grand Prix.
However, it appears Hamilton also has some issues off the track in Melbourne as well as on it. Hamilton held a long interview with Vanity Fair last month where they touched upon the Brit’s preferences for where he chooses to stay during F1 race weekends.
The Brit admitted that he regularly asks to stay in a room on ‘one of the higher floors’. And one of the first things Hamilton does when he gets into his room is go and check the toilet.

“I do,” Hamilton said. “It’s pathetic, but I do.” When asked why his first instinct is to go into the bathroom, Hamilton explains: “Oh God, spiders.”
He added: “People say: ‘Dude! You drive around at 200 miles an hour!’ And I’m like, in terms of fear factor, that’s easy for me. I guess we’re just all wired differently.”

Hamilton went on to explain his fear of spiders further, admitting it all stemmed from when his sister made him watch the comedy/horror film ‘Arachnophobia’ when he was a kid. The Australian Grand Prix returned to the F1 calendar this year for the first time since 2019.
The 2020 edition was scheduled to go ahead as planned on March 15 with all teams and drivers arriving at the Albert Park Circuit for the weekend. But the Covid-19 pandemic in Australia eventually saw the entire race weekend cancelled.
See today’s front and back pages, download the newspaper, order back issues and use the historic Daily Express newspaper archive.

Posted on October 13, 2022
Here’s how Formula One drivers have to recalibrate their entire racing approach when barreling down straights at 200 MPH in rainy conditions.Sign up for...
Read More

Posted on August 1, 2022
Close enenGPblog.com Max Verstappen has once again created a large gap in the drivers’ championship. The Dutchman can add 25 points in the fight...
Read More