Lotus unveiled a special edition of the Evija flagship, celebrating the 50th anniversary of the F1 Drivers’ and Constructors’ titles from Emerson Fittipaldi and Team Lotus in 1972. The Lotus Evija Fittipaldi featuring a retro-themed black and gold livery will be produced in a limited number of eight units, with all of them already sold out.

Visually, the Evija got dressed in black with hand-painted gold stripes, commemorating the iconic John Player Special livery of the victorious Lotus Type 72 F1 single-seater. The duo-tone look is also present on the alloy wheels, brake calipers, and the special carbon and gold Lotus badge at the front. A series of decals on the active rear wing commemorate the F1 victories in the 1972 season, with Emerson Fittipaldi’s name and his number 8 sticker on the profile.
See Also: Lotus Evija EV Dresses Up In Famous ‘John Player Special’ Black And Gold Livery 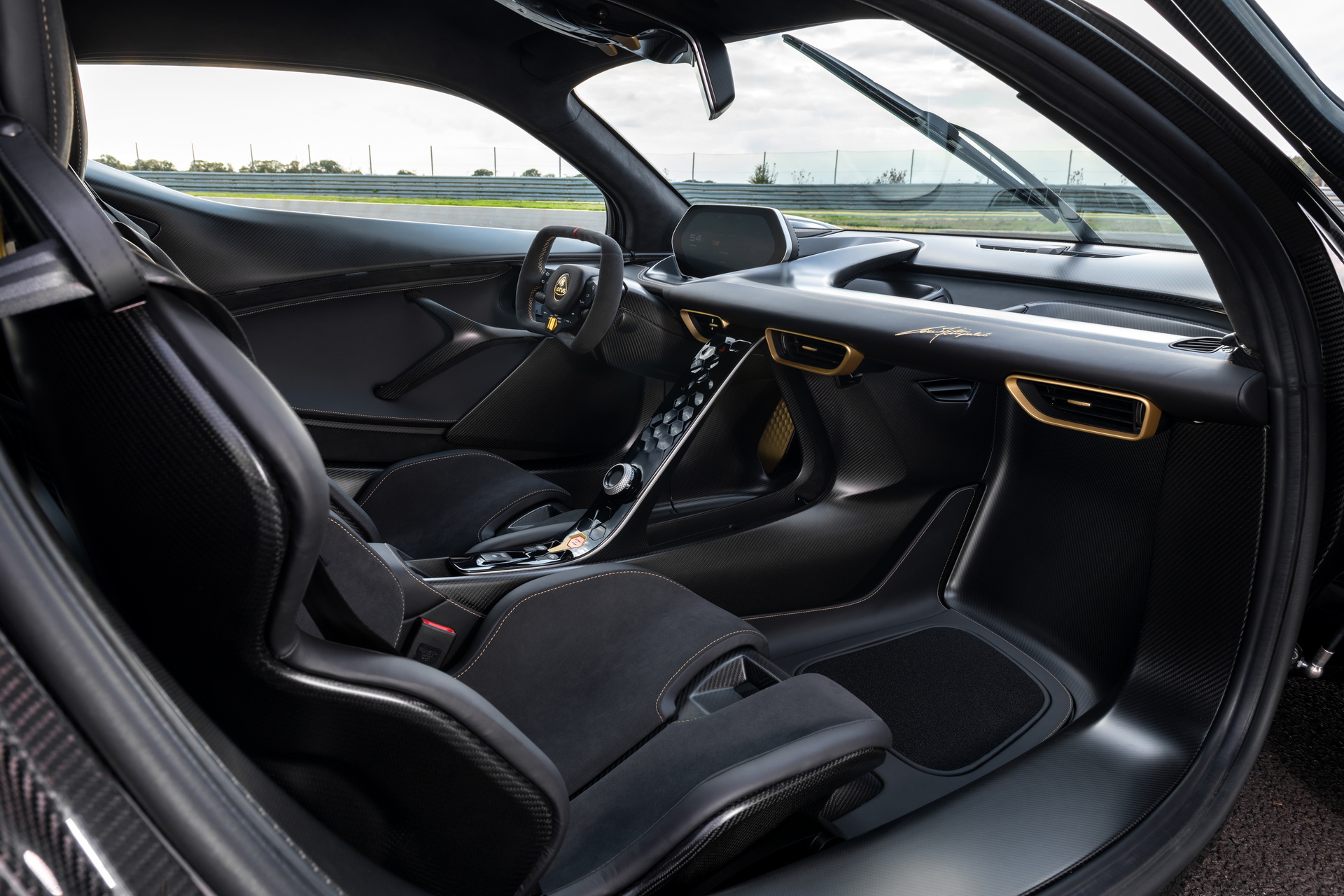 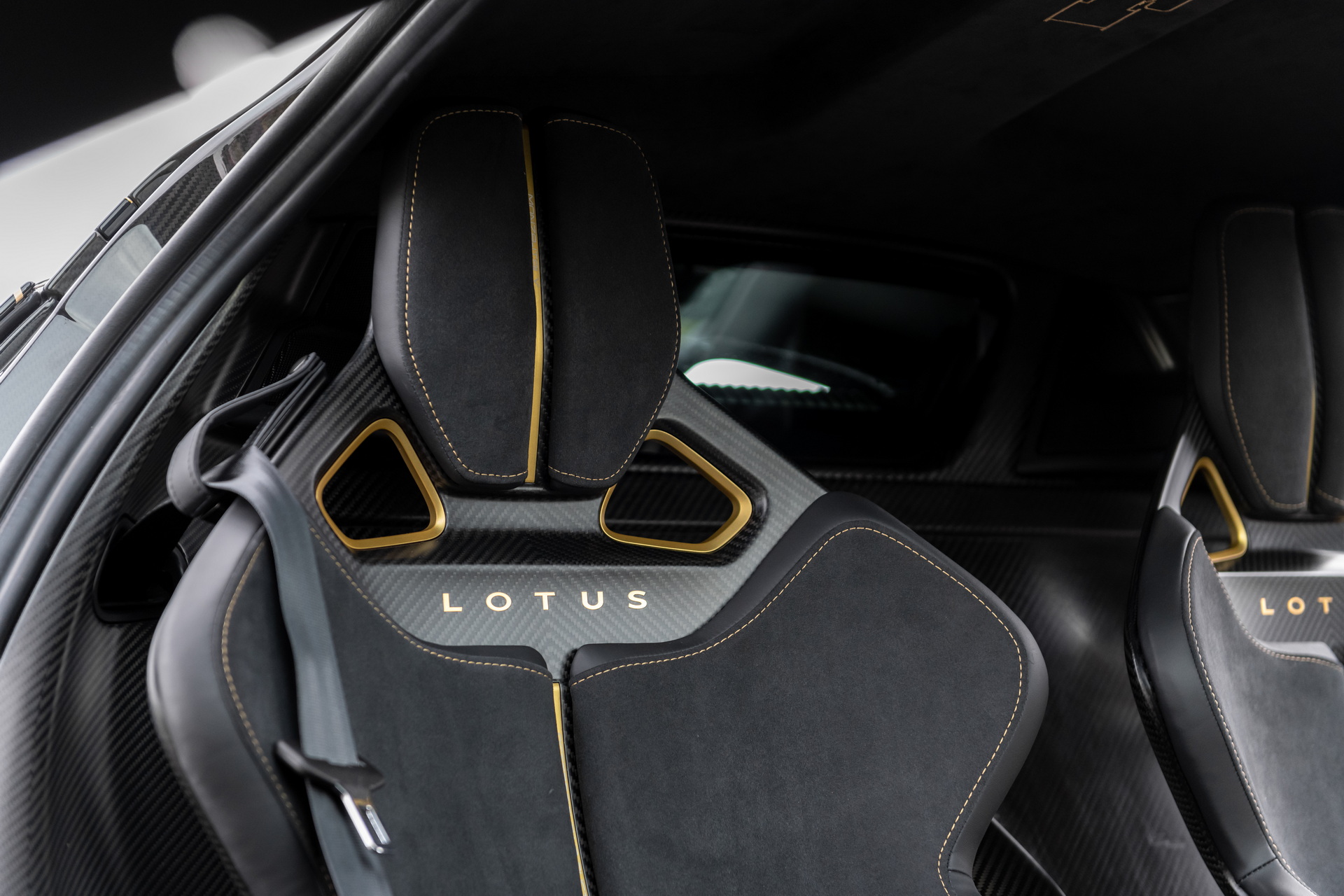 The color scheme continues inside the cabin with gold accents (on the pedals, air vent surrounds, start-stop button, steering wheel, and seatbacks) and the gold stitching contrasting with the black leather and the exposed carbon fiber. Special touches include Fittipaldi’s signature hand-stitched on the dashboard, a Type 72 blueprint on the roof, and the rotary dial that is crafted from recycled aluminum from the single seater.
Mechanically there are no changes, with the Evija retaining the quad motor powertrain with more than 1,973 hp (1,471 kW / 2,000 PS) and 1,254 lb-ft (1,700 Nm) of torque offering mind-blistering performance. Note that the EV can accelerate from 0-186 mph (0-300 km/h) in just nine seconds, before reaching an electronically limited top speed of 217 mph (350 km/h).
Also Read: Lotus Advanced Performance Division Is Working On Bespoke Restomods 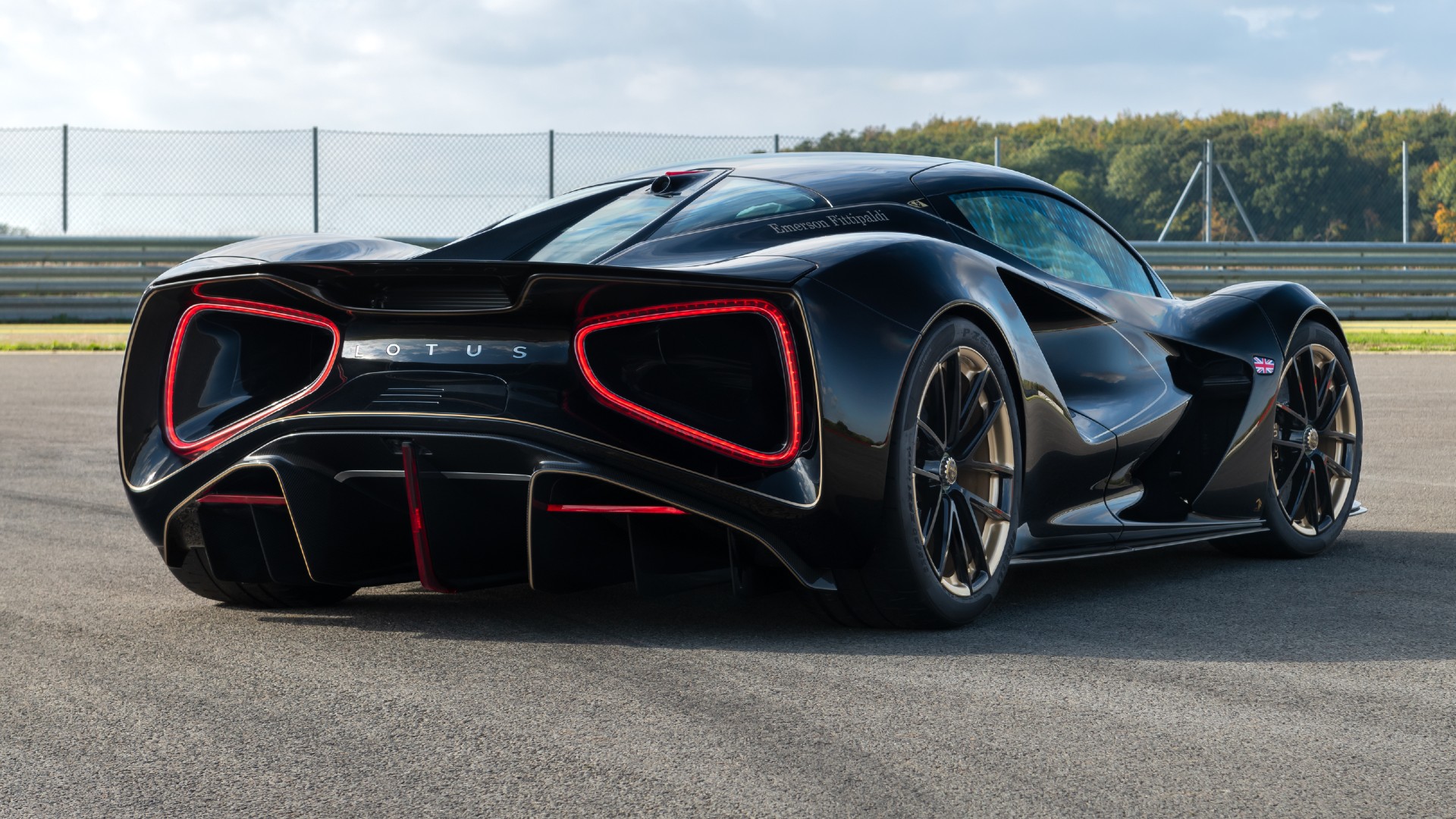 The limited edition of the hypercar was created by the Lotus Advanced Performance division, which undertakes special projects. Lotus organized a premiere event at its home in Hethel, UK, with Emerson Fittipaldi as a guest of honor and 2009 F1 champion Jenson Button. Both of them drove the Evija and the Type 72 on Lotus’ 2.2-mile test track.
Emerson Fittipaldi said: “It’s fantastic to be back at Hethel for such a special occasion. I’ve really enjoyed being a part of this project and it’s been a wonderful experience revealing the car to some of the new owners. Having the opportunity to drive both the Evija Fittipaldi and my championship-winning Type 72 Formula 1 car on the test track at Hethel has been an incredible experience”. 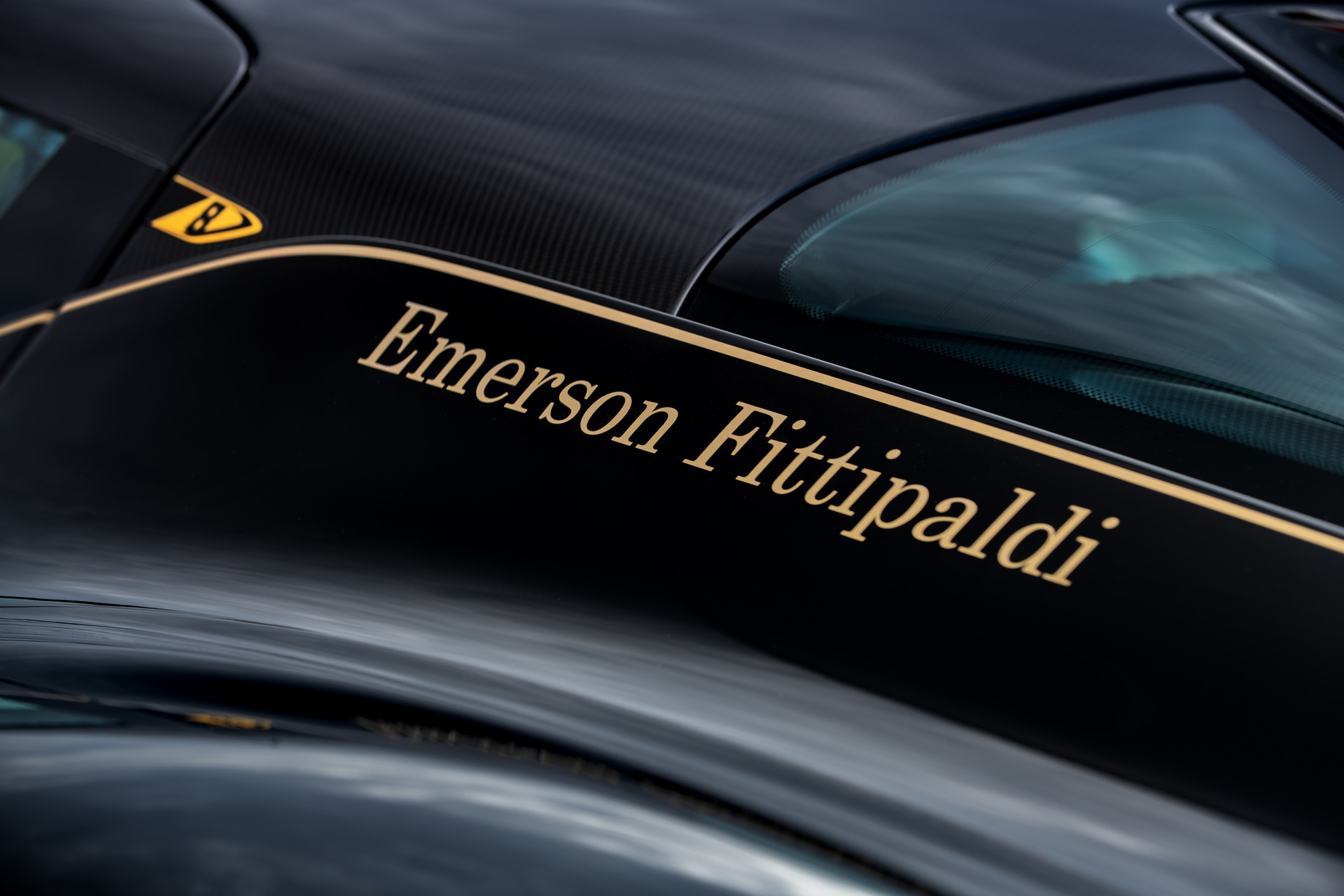 Driving for Team Lotus, Emerson Fittipaldi secured both Drivers’ and Constructors’ titles in the F1 Championship in the 1972 season, winning five of the eleven races. During his illustrious career, the Brazilian racing driver won two F1 titles, two Indianapolis 500 races, and one CART championship. Interestingly the Evija Fittipaldi is not the first hypercar named after the racing driver, following the V8-powered, Pininfarina-designed Fittipaldi FT7 Vision GT concept from 2017.
Production of the Lotus Evija Fittipaldi has already started, with the first customer deliveries scheduled for early 2023. Lotus decided to build eight examples of the special edition as a reference to the eight surviving Type 72 race cars. The automaker didn’t disclose pricing, but we suspect the anniversary model will be more expensive than the regular Evija.

HKS has not yet revealed what kind of performance gains it has achieved with its upgraded Nissan Z.
The independently designed Polestar S-E could serve as a rival to the Lotus Eletre.
This one-off build might look like a wild rendering but it is 100% real.
The horrific accident highlights just how dangerous street racing can be .
There are a bunch of AWD options, but which ones are the best in winter conditions?.
The next-gen M5 looks to wear BMW’s current design language better than most of the vehicles in their lineup.
Plus, we talk to ex-Koenigsegg head designer Sasha Selipanov, and Ford denies third-party tuners access to the new Mustang.
European car production could fall by as many as 6.8 million units annually.
Other five-star earners included the Mercedes EQE, BMW X1 and Mazda CX-60.
Lando Norris models the new McLaren TUMI capsule collection, with pieces that cost as much as $2,750.

Posted on November 23, 2022
F1 overhauled the design of the cars for 2022 in a bid to create closer wheel-to-wheel racing and reduce the impact of dirty air...
Read More

Posted on October 25, 2022
Max Verstappen it seems just cannot secure a Formula One title without high drama. The Red Bull driver has two now, both concluded with...
Read More