We use your sign-up to provide content in ways you’ve consented to and to improve our understanding of you. This may include adverts from us and 3rd parties based on our understanding. You can unsubscribe at any time. More info
Max Verstappen could beat Lewis Hamilton and Michael Schumacher to become F1’s greatest ever driver, according to former McLaren star Pedro de la Rosa. Verstappen clinched his first world title last season in controversial circumstances but has enjoyed an easier run his season.
The Dutchman has picked up eight wins from 13 races and enjoys a comfortable lead over nearest rival Charles Leclerc. The reigning champion is so far ahead that he can afford to not start the next three races and still be in the lead.
De la Rosa made the comment when asked if Verstappen had the calibre to rank among the sport’s greatest such as Hamilton, Schumacher and Ayrton Senna. Speaking to Racing News 365, De la Rosa simply replied: “I think Max has everything it takes to become one of the best of all time in Formula One.
“He has all the qualities, that’s for sure. Only time will tell which teams he will drive for and how competitive those teams will be in the next 10 years. But Max has everything it takes to become the best.”
READ MORE: Verstappen explains why he prefers fighting Leclerc than Hamilton 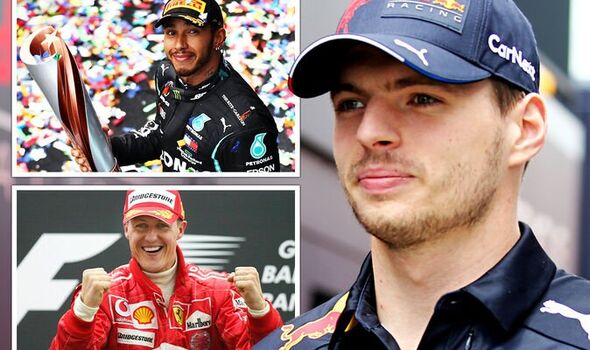 Hamilton and Schumacher have each won seven world titles but age is still on Verstappen’s side to close up. Hamilton was 23 when he won his first title in 2008, younger than Verstappen by several months.
However, it took the Briton six more seasons to grab his second crown in 2014. Meanwhile, Schumacher was 25 at the time of his first title and 26 when he won his second with Bennetton.
Sebastian Vettel will still be the youngest two-time champion having secured his first two titles by the age of 24. But, Verstappen’s current Red Bull deal runs until 2028 while he has suggested he could remain in F1 past the expiration of the bumper contract.
DON’T MISS
Max Verstappen and George Russell clash while Lewis Hamilton snubbed [INSIGHT]
Max Verstappen same as ‘every other driver’ unlike Lewis Hamilton [COMMENT]
Vettel ahead of Hamilton and Verstappen in new quick-start ranking [ANALYSIS] 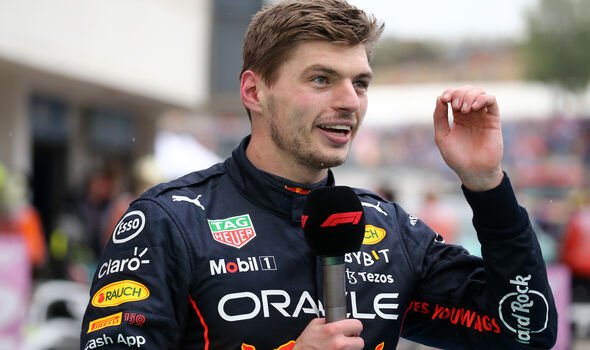 If victorious this season, the Dutchman could still have another decade or more to add just five more titles to match the record. De la Rosa added: “I think he is the best driver at the moment.
“But let’s not forget Hamilton, [Fernando] Alonso and Leclerc and I also have a lot of respect for drivers like [Lando] Norris, [George] Russell or [Carlos] Sainz, who are at a high level. If I had to choose a driver who is peaking and reaching his highest level right now, it would be Max.”
See today’s front and back pages, download the newspaper, order back issues and use the historic Daily Express newspaper archive.

"It's not a parade track for us"- Red Bull 'definitely not the favorites' to win 2022 F1 Hungarian GP, feels Helmut Marko – Sportskeeda

Posted on July 30, 2022
Red Bull are on the backfoot when compared to Ferrari at the 2022 F1 Hungarian GP, according to Dr. Helmut Marko.Marko is a retired...
Read More

Posted on September 24, 2022
Close enenGPblog.com The discussion about a the Virtual Safety Car has flared up again after the Italian Grand Prix and so we at GPblog...
Read More