We use your sign-up to provide content in ways you’ve consented to and to improve our understanding of you. This may include adverts from us and 3rd parties based on our understanding. You can unsubscribe at any time. More info
Lewis Hamilton and George Russell have been told they can challenge Ferrari or Red Bull for second in the championship after Mercedes’ back-to-back double podium finishes. Ex-McLaren engineer Marc Priestley has claimed the Silver Arrows could finish as runners-up in the Constructors’ Championship after a recent surge in form.
Hamilton and Russell have now picked up two successive double podium finishes despite their early season dramas. Their second and third place finishes in France and Hungary come as the team starts to look more competitive.
Hamilton has now secured six podiums including five consecutive top-three finishes. Meanwhile, Russell has picked up five this season but did grab Mercedes’ first pole position of 2022 last time out in Hungary.
The team have appeared much closer to the pace since the British Grand Prix at Silverstone where Hamilton was almost able to push for victory.
Speaking after the Hungarian Grand Prix, Priestley told the BBC’s Chequered Flag Podcast: “I think it was quite an important day for Lewis Hamilton to sort of re-stamp his authority. After all the hype yesterday that surrounded George Russell [following his first pole position].
READ MORE: Lewis Hamilton opens up on ‘life-changing reset’ after Hungarian GP 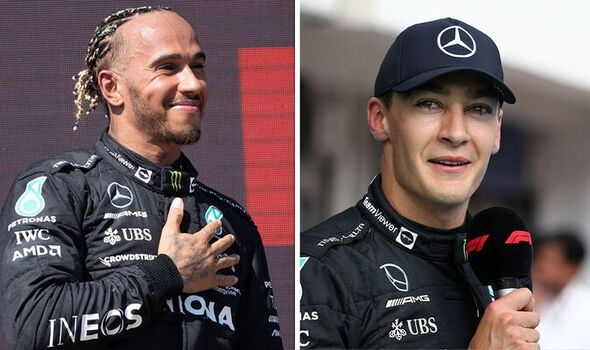 “Of course, that’s great for the team, it’s great for George but if you’re Lewis Hamilton, you just want to get your elbows out a little bit and say ‘hang on a minute, I’m still the man. I’m still here’. He did it though. He did it well, and Mercedes, if they can continue this form, there’s a possibility they could actually take second place in the Constructors’ Championship.”
However, Mercedes have also benefited from a series of errors by Ferrari or Red Bull drivers to reach the top three. Ferrari were unable to secure a podium in France or Hungary after a range of strategy mistakes and accidents.
Hamilton headed into the summer break with more optimism after a better performance by Mercedes. He also hinted the team would be bringing a range of new upgrades to the car over the second half of the campaign.
DON’T MISS
Lewis Hamilton accepts he’s ‘not been perfect in the background’  [INSIGHT]
Lewis Hamilton cautious of Toto Wolff approach at Mercedes [ANALYSIS]
What Toto Wolff has said on Daniel Ricciardo joining Mercedes  [COMMENT] 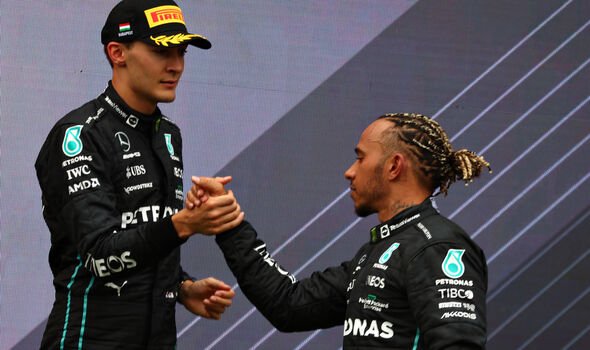 He explained: ‘It’s an amazing way to go into the break, knowing we’re clearly closing the gap and have more performance. Hopefully, we’ll bring some more into the second part of the season and start fighting with the guys in the front.”
Toto Wolff also stressed Mercedes would look at introducing new parts before the end of 2022.
He added: “We need to stay humble and look at race weekend after race weekend so we can try to gain more learnings and experiment to put us in a situation where we can actually fight for wins at the end of the season.”
See today’s front and back pages, download the newspaper, order back issues and use the historic Daily Express newspaper archive.

Wolff sets target for Mercedes in battle with Red Bull and Ferrari - Racingnews365.com

Posted on August 11, 2022
Considering how jumbled up the Hungarian Grand Prix starting order was, the end result – another Red Bull victory, helped by another Ferrari mishap...
Read More

F1 British Grand Prix preview, odds: Could Lewis Hamilton, Mercedes be on the rise? – The Athletic

Posted on August 12, 2022
Update: In response to this post:Since then his presence has been felt throughout the sport on several levels as a team shareholder, board member,...
Read More