We use your sign-up to provide content in ways you’ve consented to and to improve our understanding of you. This may include adverts from us and 3rd parties based on our understanding. You can unsubscribe at any time. More info
Mercedes could replace Lewis Hamilton with Esteban Ocon when the seven-time world champion decides to retire from Formula One with the team maintaining a connection to the Frenchman. Ocon was originally a junior driver at the Silver Arrows and his two major moves in F1 were brokered by team boss Toto Wolff, with the German guiding him through the early stages of his career.
Ocon has enjoyed a solid career in Formula One so far, with the 26-year-old picking up 338 points in 105 race starts, representing Manor Racing in 2016, Force India and Racing Point between 2017 and 2018 before joining Renault (now Alpine) in 2020. His career highlight undoubtedly came in the 2021 Hungarian Grand Prix where he claimed a shock win despite being in a midfield car.
Much of his career has been strongly intertwined with Wolff and Mercedes having been part of their young driver academy. He even spent a year as the Brackley-based outfit’s test and reserve driver in 2019 as he took a year out from the sport after being dropped for Lance Stroll at Racing Point. The German has had a large say in most of his career moves, helping him remain in the sport despite some setbacks.
READ MORE: Five F1 seats still free for 2023 and who may fill them as Daniel Ricciardo future unclear 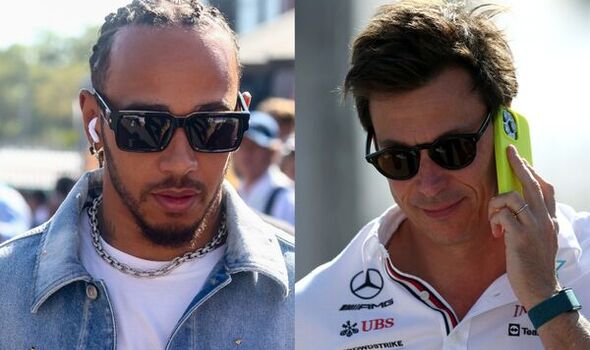 Now, Ocon has confirmed he is still connected to Mercedes, giving rise to suggestions he could one day replace Lewis Hamilton. The team look yet to settle on a long-term replacement for the 103-time race winner for when he decides to retire meaning Ocon could be in with a fantastic shout given his history with the German manufacturer.
“Yes, we talk, also because in career management I am always helped by Gwen Lagrue, a manager who also works with Mercedes,” Ocon told Motorsport.com when asked if he still maintained his relationship with Wolff.
“So there is still this connection, even though I am an Alpine driver and my job is here today. I have a nice contract that expires at the end of 2024 and a very interesting future ahead of me.”
DON’T MISS:
George Russell teases radical Mercedes design for 2023 with ‘nothing off the table’ remark
Nyck de Vries confirms talks with three F1 teams for 2023 after Lewis Hamilton backing
Michael Schumacher’s son Mick facing F1 axe as Haas decide No 1 option to replace German 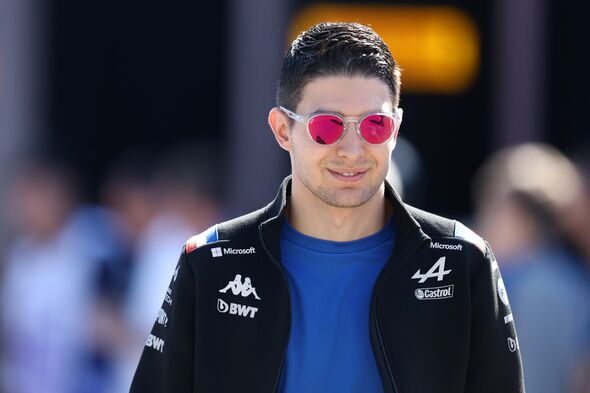 However, the French driver may face some difficulties if he wants to replace Hamilton, should the Brit decide to retire at the end of his contract next year. Ocon’s contract does not run out until the year after meaning Mercedes may look at cheaper free agents rather than buy him out at Alpine.
Speculation over Hamilton’s replacement will only intensify over the next 12 months if the 37-year-old does not extend his current Mercedes contract. Ocon’s connections should give him a good opportunity of being the man to do so but there remains many hurdles in his way.
See today’s front and back pages, download the newspaper, order back issues and use the historic Daily Express newspaper archive.

Posted on October 21, 2022
As far back as late spring, when the first rumblings of Alpine’s plan to place Oscar Piastri at Williams for next year were starting...
Read More

Posted on November 4, 2022
Back in the early 1980’s it was not difficult for fans to wander across onto the infield at Silverstone and around the back of...
Read More

Posted on November 1, 2022
Until F1 found Austin to host the US GP, there had been numerous attempts to find a home for the race which seemed to...
Read More