https://t.co/ku1hXoDawu
https://t.co/nTL7WV1ZA1
We had fun making this. I hope you have fun wearing it. OFF ROAD* by @Quadrant is out now 🌲
My thoughts on Sebastian Vettel retirement and Alonso move to Aston Martin
Australian GP called off!
Phillip van Osten 18/07/2022 at 15:0618/07/2022 at 17:19 <!– F1 News, Reports and Race Results, Opinion Comments Off on Ocon offers lingual reason to keep French GP on F1 calendar –>
What’s in a word? The secure future of the French Grand Prix according to Alpine’s Esteban Ocon.
France’s spot on F1’s schedule is rumored to be in jeopardy along with the status of several other classic races such as the Belgian Grand Prix at Spa.
Each event’s presence on the sport’s calendar in 2023 and beyond has become precarious due to the recent addition of destination city races such as Miami this year, and Las Vegas next season, while a return to South Africa in the near term is also under consideration.
The very first French ‘Grand Prix’, or motorsport event open to international competition, was organized on June 26 and 28, 1906 by the Automobile Club de France.
The race was held on a very fast 106-km anti-clockwise closed public road circuit east of the small western French city of Le Mans that was lapped six times on both days. And just to be complete, the event was won by Hungarian racer Ferenc Szisz at the wheel of a… Renault! 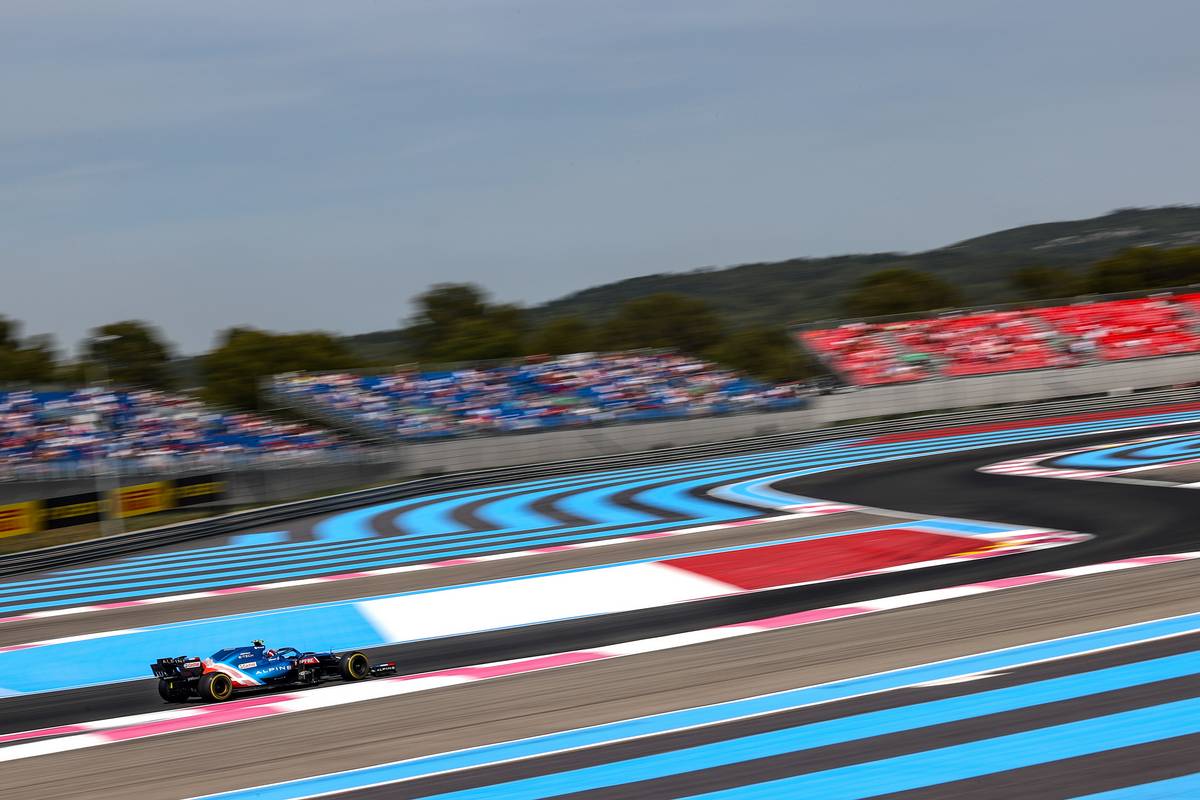 For Ocon, the French origin and heritage of the words ‘Grand Prix’ are justifications on their own for keeping France on Formula 1’s agenda.
“Obviously there’s nothing confirmed yet,” said Ocon, commenting on the current uncertainty surrounding the future of the race at Paul Ricard.
“I hear a lot of rumours and things about the French Grand Prix. I don’t really know about the Belgian Grand Prix exactly.
“But I saw a great comment from Stefano, basically saying that France deserves to have a grand prix in the future. This is my stance as well, this is what I believe in.
“A grand prix – there is ‘grand prix’ in there, you know, and it’s a French word.
“There’s a big community for motorsport in France, we have some of the biggest and the best cars as well.
“We could find a race if [Paul] Ricard is not working. We could find a race anywhere, and I saw some comments from Stefano about that so I was pretty happy to see that.”
While the sport’s purists are hoping that F1 will retain a core number of classic venues in the future. There has also been talk of F1 rotating the latter in and out of the schedule, a concept that Ferrari’s Carlos Sainz – a big fan of motorsport’s classic tracks – feels would be a good compromise.
“We all love going to France and Spa, but at the same time, the sport is growing so much that there’s a lot of new places that are paying a lot of money to be part of Formula 1,” Sainz said.
“I think the best compromise would be to do rotation, and I understand that France or Spa maybe cannot afford to be on the calendar every year, but I hope that at least we can go there every two or three years in a Formula 1 car.
“Even if Vegas, South Africa, or whatever is coming, [I hope] we can still go to back to France or Spa every now and then to keep enjoying those circuits, and maybe like this they can afford it a bit easier.” 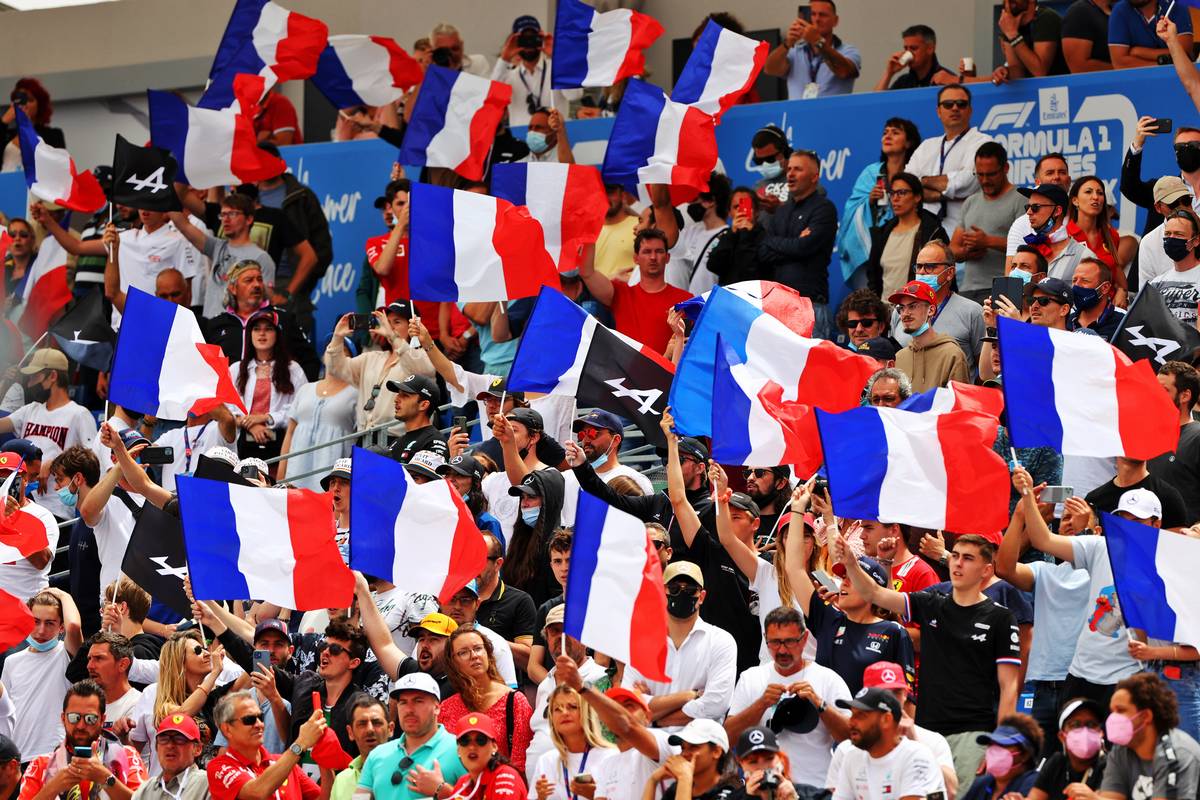 In the interim, Ocon is looking forward to racing at Paul Ricard next weekend, for it will not only be the Alpine charger’s home race, he will also have the privilege of having his very own grandstand at Le Castellet.
“Obviously, I’m going to go there next race, being very happy to go and enjoy my French Grand Prix,” said the 2021 Hungarian Grand Prix winner.
“I’m going to have my grandstand as well for the first time. So yeah, I look forward to enjoying the boost from the supporters there.”
Keep up to date with all the F1 news via Facebook and Twitter

Zhou: 'I went through everything an F1 driver goes through in 10 years' – GPblog

Posted on August 10, 2022
Close enenGPblog.com Zhou Guanyu, the only rookie in Formula 1 this year, has made a promising start at Alfa Romeo. With action now halted...
Read More

Maintaining record of win in every F1 season has "zero importance" to Hamilton – Motorsport.com

Posted on September 25, 2022
Seven-time F1 world champion Hamilton has won at least once per season since making his F1 debut with McLaren back in 2007.But amid Mercedes’...
Read More

F1 News: How Alpine used the Oxford Dictionary to get Alonso's P7 back – Sports Illustrated

Posted on October 31, 2022
Alpine resorted to using the Oxford Dictionary as evidence to submit for the FIA to overturn the penalty applied to Fernando Alonso at the...
Read More