Sergio Perez believes the development of Red Bull’s 2022 Formula 1 car is “going away from me” as his period of matching team-mate Max Verstappen proved to be short-lived.
After driving an RB16B that was far from his liking in 2021, Perez immediately clicked better with the RB18 as he better suited the car characteristics that the new generation of cars produced.

He took pole position in Jeddah and earned his second race win with Red Bull at the Monaco Grand Prix, outperforming his reigning champion team-mate Verstappen all weekend long.
His Monaco win – the third F1 triumph of his 12-year career – was soon followed by the announcement of a two-year deal with Red Bull until the end of 2024.
This purple patch continued in Baku as Perez outqualified Verstappen, and although he was comfortably beaten to the victory by Verstappen on Sunday, his second place allowed him to occupy that same position in the drivers’ championship.

But for the last two weekends, Perez has struggled to reach Verstappen’s level.
“I haven’t been as comfortable with it [the development of the car] as I was in the beginning, let’s put it that way,” Perez said on the Thursday ahead of the Austrian GP, when asked by The Race about Red Bull’s development since the Canadian GP in June.
“I think I’ve got some work to do to understand what’s going on and hopefully have a more straightforward weekend here in Austria.” 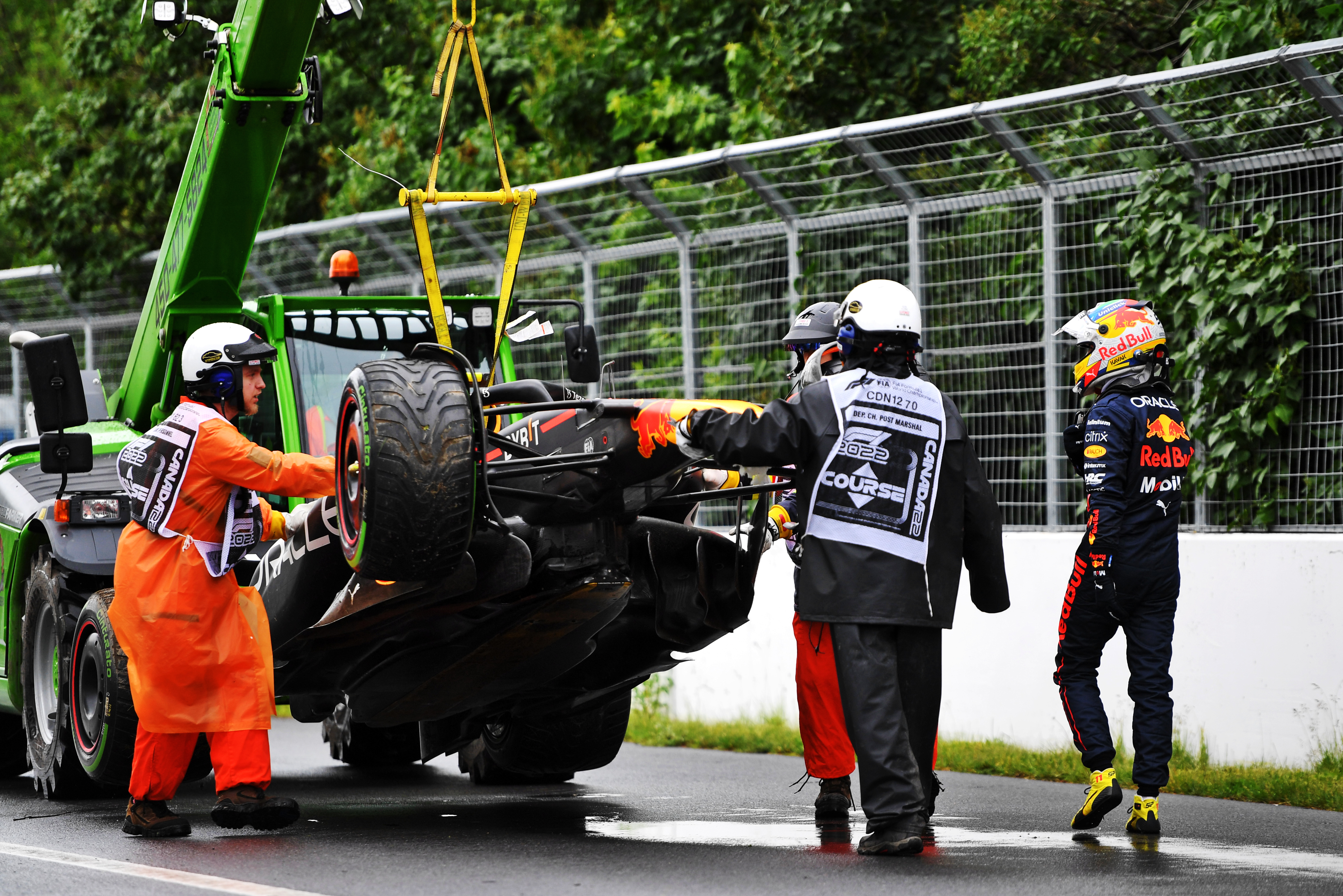 A crash in a wet qualifying session in Montreal left Perez 13th on the grid for that race and any hopes of a recovery were quickly vanquished by a gearbox failure.
At Silverstone, Perez claimed fourth on the grid and was six tenths adrift of his team-mate Verstappen.
While Verstappen battled the Ferraris at the beginning of the race, Perez had to pit for repairs after he made contact with Charles Leclerc on the first lap of the race restart.
He made a fine recovery – one aided by a late-race safety car – as he passed Lewis Hamilton and Leclerc late on to take second place. 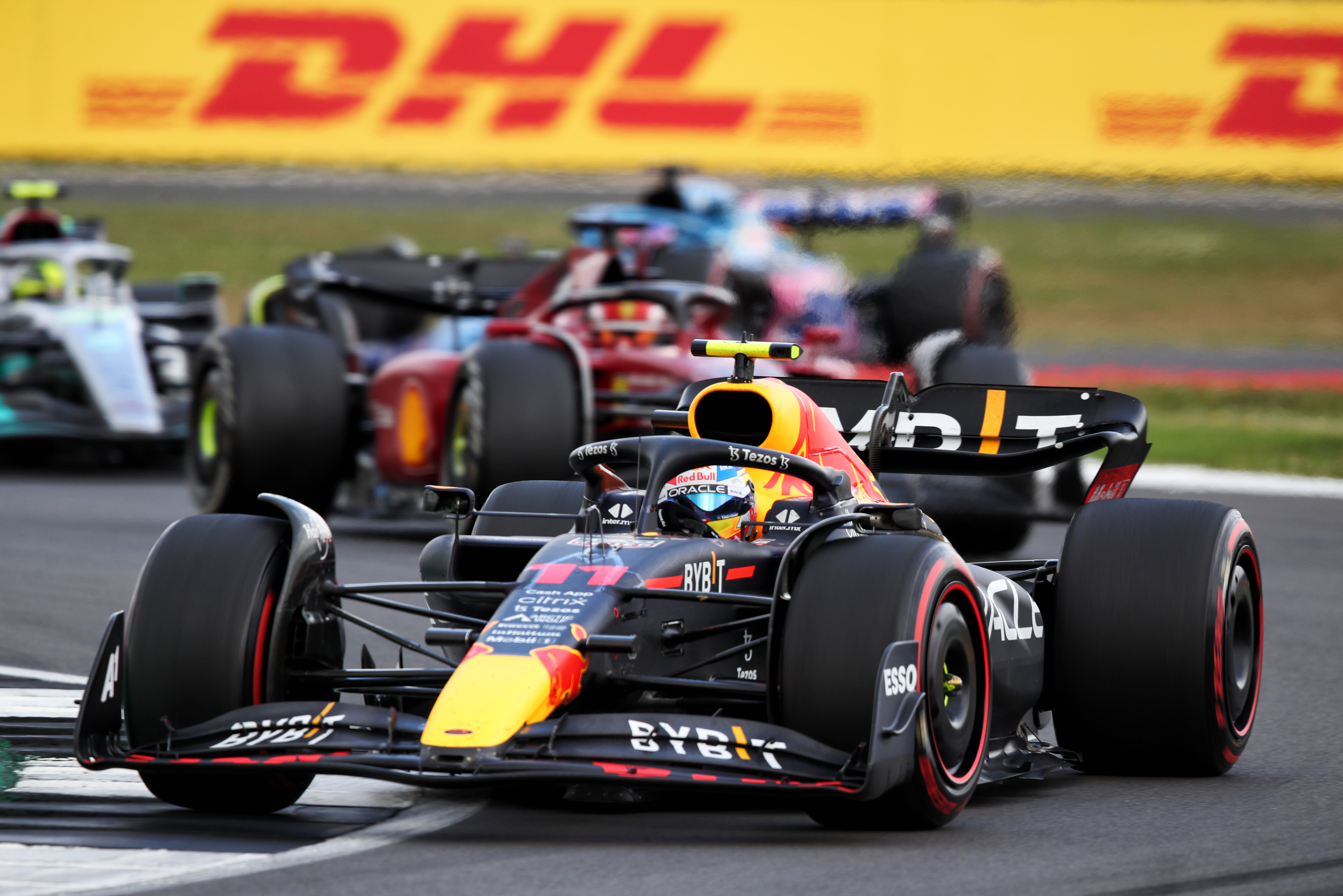 But throughout the weekend, and in Montreal, he was significantly further adrift of Verstappen than he had been earlier in their second season together.
He believes this weekend’s Red Bull Ring weekend will be a proper test of whether these past two races have been anomalies or are indicative of a new pecking order.
“Well, it’s just going away from me in terms of how comfortable I was in the beginning,” Perez confirmed.
“But saying that, I’ve had only two races [of this] and last weekend I wasn’t up to it, I was feeling pretty bad, so I think this is the first weekend where I will see really.”
Recent upgrades have brought a sharper front-end to the RB18, something that should – and likely has – increased the performance ceiling of the car but isn’t necessarily to Perez’s liking.
Perez is still second in the drivers’ championship with a 34-point gap to leader Verstappen and a nine-point advantage over Leclerc.
“Having another couple of zeros, it will kill the championship for sure,” Perez said when asked if his title bid was slipping away.
“But hopefully reliability issues are gone now and we’re able to finish races, that’s the most important [thing].”
Perez reaffirmed that he wanted to beat Verstappen to the championship but said he’d still be “happy” for the team if Verstappen can win the title.
When a Formula 1 race is won from 10th on the grid, you might expect the tale to begin with an elbows-out first-lap charge. But Max Verstappen’s Hungarian Grand Prix approach was the opposite
Ferrari trapped itself in a situation Max Verstappen and Red Bull saw coming and dealt with. The Hungarian Grand Prix was a masterclass from Red Bull that brutally highlighted Ferrari’s current flaws
Ferrari has defended the tyre choice that triggered Charles Leclerc’s slide from first to sixth in Hungarian Grand Prix and argued its key problem was a matter of performance not strategy
Formula 1 championship leader Max Verstappen says he was “disgusted” to see a video seemingly showing his supporters burning the merchandise of rival team Mercedes that emerged during the Hungarian Grand Prix weekend
Charles Leclerc says Ferrari must be “better at putting a weekend together” and needs to take “another step” if it wants to challenge for the Formula 1 world championships after an erroneous strategy at the Hungarian Grand Prix
Ferrari went into the Hungarian Grand Prix second and third on the grid behind a car that had not won at all in the 2022 Formula 1 season, and with the Red Bulls down in 10th and 11th. Yet it missed the podium and Red Bull won again. Can it get any worse?
The Race started in February 2020 as a digital-only motorsport channel. Our aim is to create the best motorsport coverage that appeals to die-hard fans as well as those who are new to the sport.

Posted on November 15, 2022
More SportsPlease use Chrome browser for a more accessible video player Ahead of this weekend’s Abu Dhabi Grand Prix, we look back at some...
Read More

Posted on November 9, 2022
The F1 2022 season continues this weekend with the Mexico City Grand Prix, at the legendary Autodromo Hermanos Rodriguez. Mexico made its return to the F1 calendar in...
Read More