We use your sign-up to provide content in ways you’ve consented to and to improve our understanding of you. This may include adverts from us and 3rd parties based on our understanding. You can unsubscribe at any time. More info
Pierre Gasly vented his frustration with AlphaTauri after failing to make it out of the first qualifying session at the Japanese Grand Prix. The Frenchman had announced his exit from the Red Bull-owned team just hours before on Saturday morning and he was left fuming with his car’s performance after only qualifying in 17th for Sunday’s race at Suzuka.
Gasly will join rival midfield team Alpine on a multi-year contract from 2023 to replace Fernando Alonso in a move that will see Nyck de Vries replace him at AlphaTauri. The double deal was hardly a secret amongst the paddock but it was finally made official in Japan at the home race of AlphaTauri’s engine supplier Honda.
And the Frenchman certainly has his reasons for leaving the team after a frustrating season where he has only scored 24 points, he will remain competing for the final five races to end his three-year spell with the team on a high.
But things did not get off to the best start in Q1 at Suzuka after failing to make it out of the bottom-five elimination zone after struggling with issues with his brakes. The 25-year-old was seen locking up into the hairpin and that mistake was costly as he failed to make it into Q2.
F1 Japanese GP LIVE – Updates as Hamilton battles Verstappen for pole 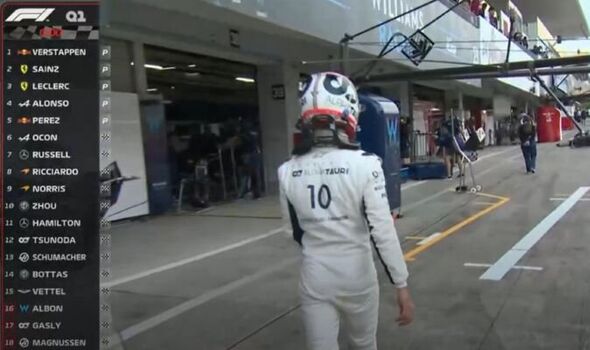 Once it became apparent Gasly had missed out on Q2, the driver was certainly not afraid to make his feelings clear to his race engineer Pierre Hamlin, venting: “What the f*** is going on with the brakes?!”
Gasly was seemingly unhappy with the team’s decision to bring him out onto the track in the final moments of the Q1 session, adding: “Why did we wait, why?! This is what you get with this s***. What a joke!”
To make matters worse for Gasly, his team-mate Yuki Tsunoda made it into Q2 and will start 12th as he prepares to race at his home race for the first time. His new team Alpine showed their impressive pace with Alonso and Esteban Ocon making it into the Q3 shootout, giving him a preview of what is likely to come for next season after a disappointing campaign with AlphaTauri.
LATEST F1 NEWS
Hamilton and Verstappen saga set for more twists
Alonso makes plea over budget cap as icon possibly facing punishment
Piastri makes 2023 Norris prediction ahead of McLaren move 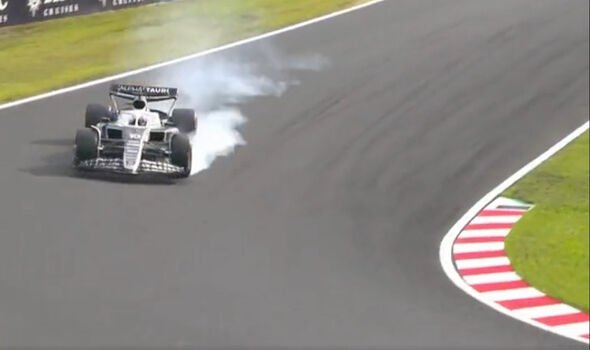 When asked about the incident and his angry radio message, Gasly hinted his team could have given him a better chance to put the car further up the grid and confirmed he had a brakes issue to contend with.
“It’s always difficult, the data is always there,” Gasly told Sky Sports F1 in the media pen.”We know we pushed ourselves for the fast lap and I wanted to get on track before, but we waited longer.
“Every time I pressed the brakes I was locking the tyres. I feel like we could have managed the situation better.”
See today’s front and back pages, download the newspaper, order back issues and use the historic Daily Express newspaper archive.

‘He could perform miracles’ – Fernando Alonso’s debut F1 season remembered by those who were there, ahead of his 350th GP start - formula1.com

F1’s U.S. growth shows no signs of slowing on a record-breaking weekend in Austin – The Athletic

Posted on June 6, 2022
The race in Saudi Arabia was bonkers. Two and a half hours long, multiple red flags, tons of drama, Max Verstappen and Lewis Hamilton...
Read More