Red Bull Racing boss Christian Horner has indicated Porsche will not be able to buy into the team and will have to enter Formula 1 on Red Bull’s terms if a deal is to be done.
Porsche wants to join the F1 grid in 2026 along with Volkswagen Group sister brand Audi but instead of a standalone project with its own team – as Audi is planning – Porsche hoped to partner with Red Bull.
A leaked document in July revealed that Porsche intended to buy 50% of Red Bull Technology, the company that develops and manufactures Red Bull Racing’s cars and parts for AlphaTauri.
This was a step beyond the long-expected deal for Porsche to effectively assist the newly-created Red Bull Powertrains company that has been set up to build Red Bull’s first in-house F1 engine.
The word in the F1 paddock is that a stake for Porsche was advocated by Red Bull owner Dietrich Mateschitz but Horner, Helmut Marko and Adrian Newey – the three most senior figures on the racing side – want to ensure the Milton Keynes team remained in control.
“Red Bull has always been an independent team, it’s been one of our strengths,” Horner told Sky Sports F1 on Friday at the Dutch Grand Prix. 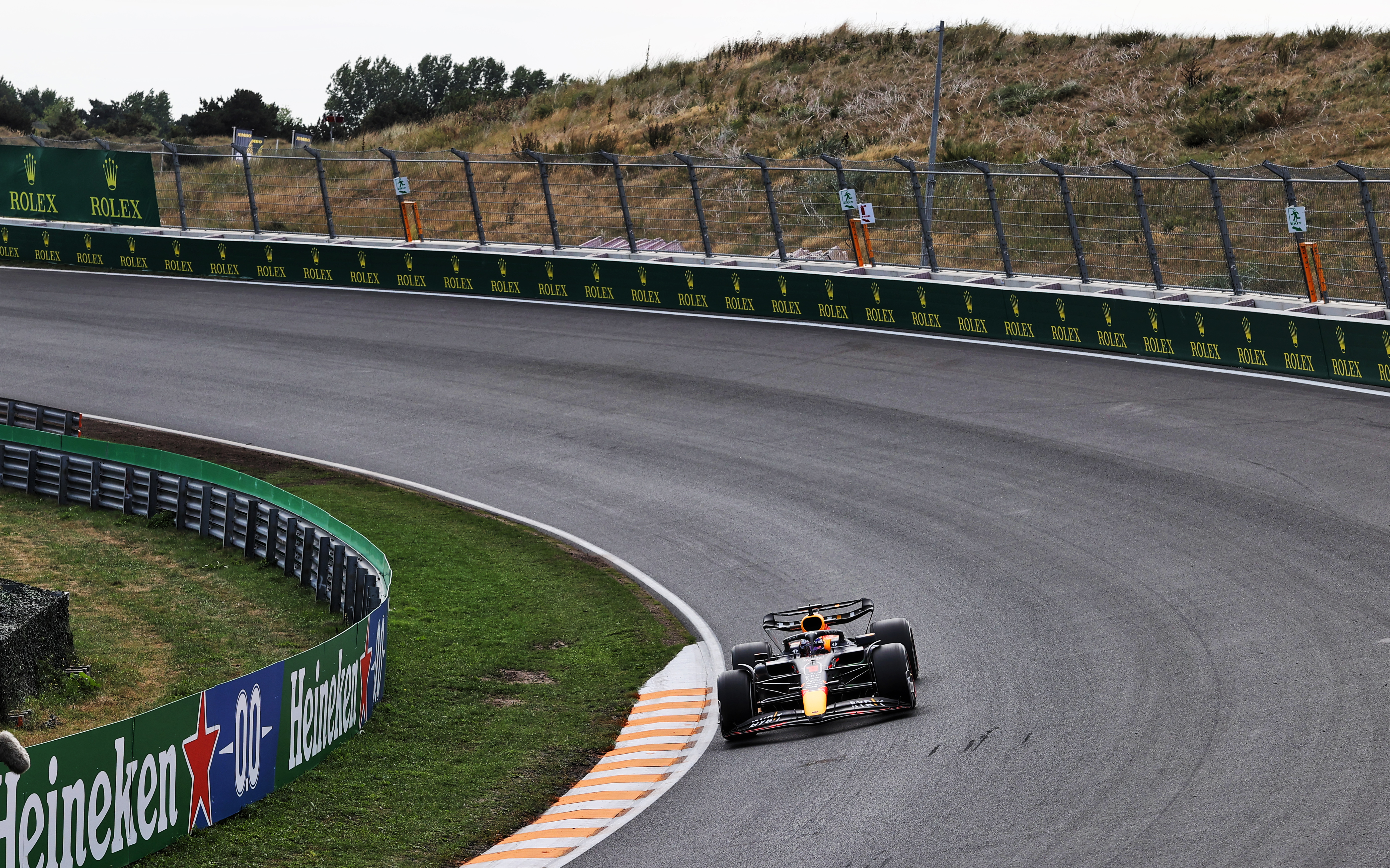 “It’s been the backbone of what we’ve achieved and our ability to move quickly and it’s part of the DNA of who we are.
“We’re not a corporately operated organisation and that is one of our strengths and how we operate as a race team and that is an absolute prerequisite for the future.”
Red Bull Racing remains open to a partnership with Porsche but the public noises from the team indicate the chances of that happening are fading unless Porsche relents and accepts being an engine partner.
There is a deadline for manufacturers to sign up for 2026 to ensure voting rights on regulatory matters but if Porsche was to just buddy up with Red Bull that is likely less urgent.
Horner said: “They [potential team partners] need to decide whether they want to join that party or not.
“But it would have to be within the culture of the way we go racing.”
In addition to the lack of appeal of giving Porsche more influence, Red Bull believes its Powertrains division is fully capable of producing a competitive F1 engine on its own. 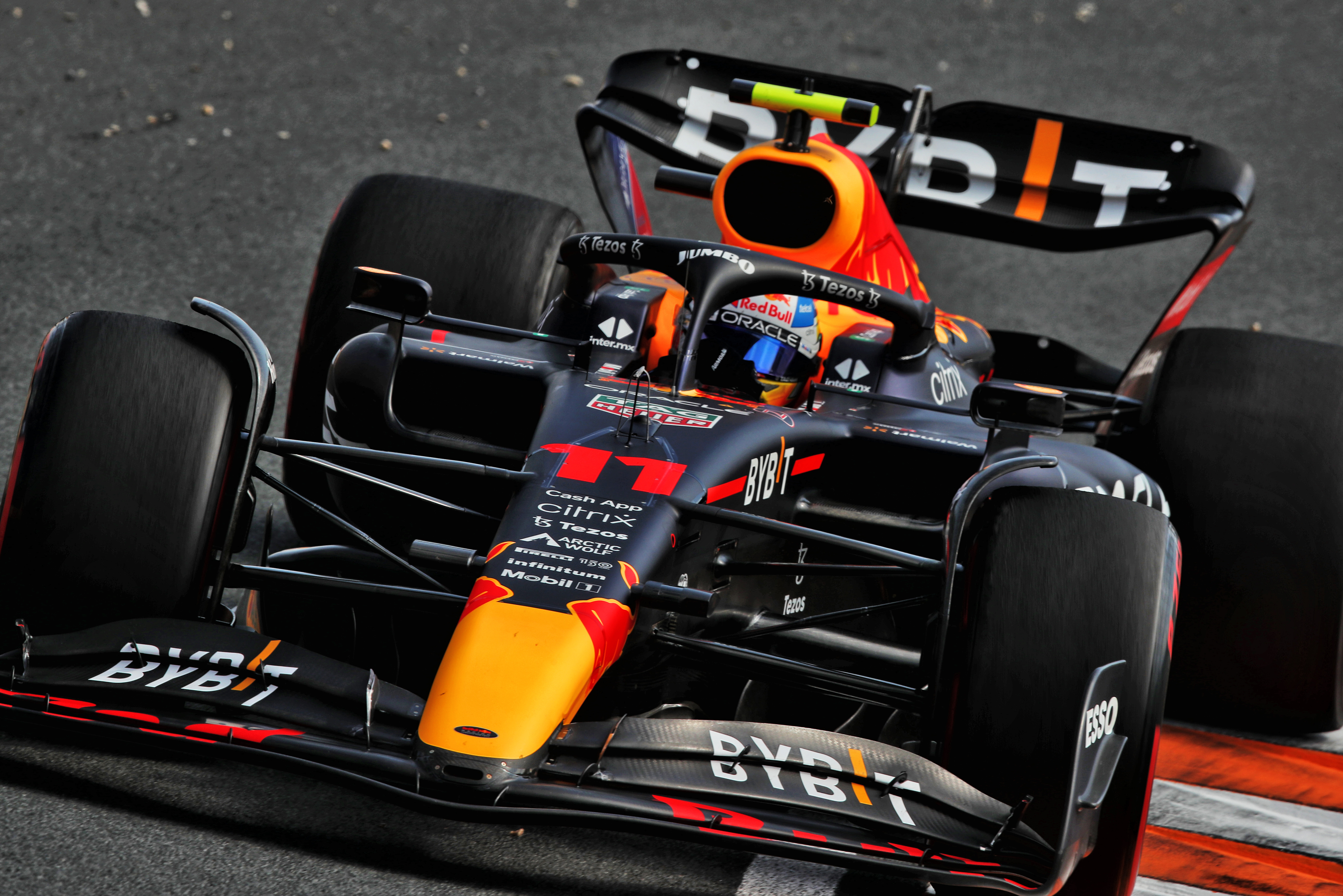 The likes of Horner would also be open to working with Honda, the manufacturer that made Red Bull Racing a title-winning team again and still supplies engines to both Red Bull teams until the end of 2025 even though it officially left the championship last year.
Honda is open to the idea of a new engine programme for 2026 and is believed to have recently expressed that interest to Red Bull, although whether a Honda project would be compatible with Red Bull Powertrains is unclear.
The Red Bull-Honda partnership has previously worked with the chassis being designed by Red Bull in the UK and Honda having full responsibility for the engine, primarily in Sakura but with a facility in Milton Keynes as well.
“Honda withdrew from F1, they’ve kept a toe in with the agreement we have with HRC,” said Horner.
“They’re making noises about 2026, but obviously our train has left the station, we’ve committed to the investment within Red Bull Powertrains.
“We’re circa 300 people now working on that 2026 engine so it would need to fit – any agreement with any potential partner or OEM – with that.
“With the whole team under one roof, that has synergy benefits with chassis designers sitting next to engine designers.”
Both an oddity and a pivotal moment in the race, Yuki Tsunoda’s Dutch GP retirement warrants a closer look. Here’s what we’ve learned
From the triumphant home hero to a frustrated failed challenger, our writers break down the winners and losers from the Dutch Grand Prix
Red Bull advisor Helmut Marko says there is full “agreement” for Colton Herta to race in F1 in 2023, pending a superlicence exemption
Lewis Hamilton has apologised to Mercedes for “losing it” on team radio late in the Dutch GP – while his F1 boss Toto Wolff was understanding
Williams Formula 1 development driver Roy Nissany has become the third Formula 2 driver to receive an event ban in 2022
Lewis Hamilton was furious with Mercedes’ strategy at the end of the Dutch GP but did he have a point and could he have won the race with a different strategy? Our writers give their verdict
The Race started in February 2020 as a digital-only motorsport channel. Our aim is to create the best motorsport coverage that appeals to die-hard fans as well as those who are new to the sport.

Another current F1 driver ruled out in race for Alonso's seat at Alpine – Racingnews365.com

Posted on August 11, 2022
You are logged in. Benefit directly from all the benefits of your account:Become part of the largest racing community in the United Kingdom. Create...
Read More

VERSTAPPEN VS LECLERC: The very different gameplans the two drivers will need to seal the 2022 title – Formula 1