Logan Sargeant will get the second 2023 Formula 1 race seat at Williams, provided he qualifies for a superlicence.
The American driver made his F1 weekend debut in United States Grand Prix practice yesterday and will take part in two more Friday practice sessions and the post-season test.
Team principal Jost Capito made clear this was a precursor to him getting the race drive if he meets the licence criteria. 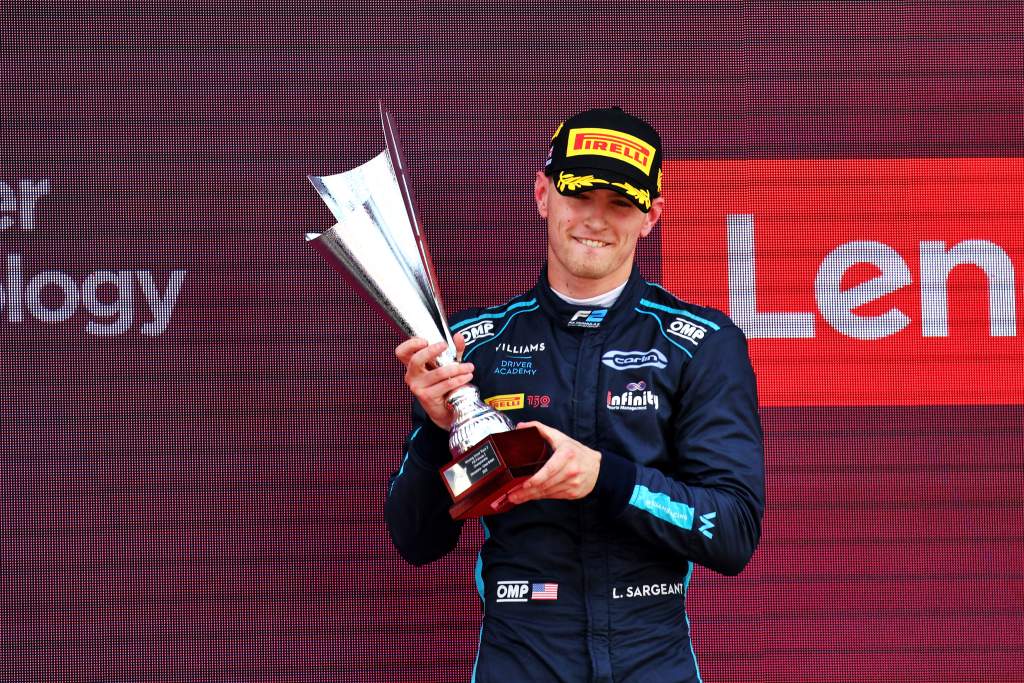 Sargeant has won two races in his first year of Formula 2 and is third in the championship with just the Abu Dhabi finale remaining.
“We feel he’s ready to race and under the condition he has enough superlicence points after Abu Dhabi he will be our second driver next year,” said Capito.
“I’m a fan of getting young drivers through to Formula 1 as quick as possible. Get him in as quick as possible and find out if he is capable of staying in Formula 1 long term. I think he is.
“In his first year in Formula 2 he won races and he’s been qualifying very well throughout his career so we believe he’s absolutely ready to get into Formula 1.” 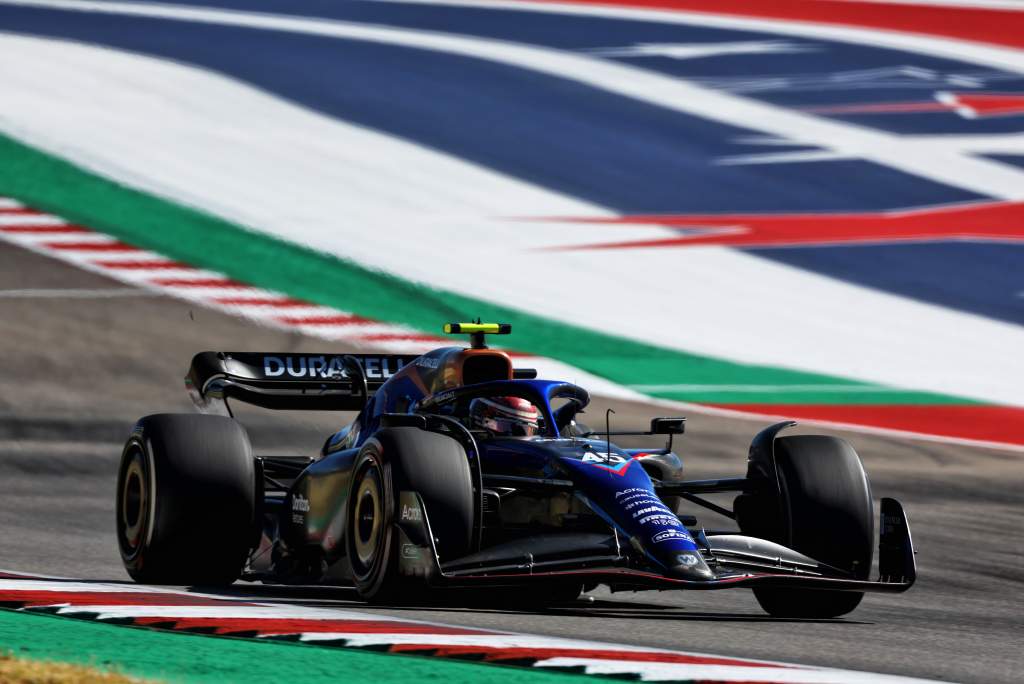 Sargeant emerged as the most likely team-mate for Alex Albon in F1 next year in the wake of a loan move for Oscar Piastri falling through and Nyck de Vries joining AlphaTauri instead. Sargeant would replace Nicholas Latifi in the second race seat.
“We can have a rookie because with Alex we have a still young but already very experienced driver,” Capito added.
“He is established so well in the team, he’s getting fantastic results, he’s working well with the team so we can put a rookie alongside him.”
Sargeant’s Mexico and Abu Dhabi Friday appearances have been set up with a view to helping his preparation. They will also aid his superlicence bid.
Exactly where Sargeant needs to finish in the Formula 2 standings to do that depends on what bonus points he is eligible for in the licensing system.

He has 27 points from his Formula 3 results, picked up a bonus point for his FP1 outing at the United States Grand Prix on Friday, and should be eligible for two more bonus points for completing the entire 2021 F3 season without receiving any licence penalty points.
A further two bonus points for the same clean record in Formula 2 this season should be on offer if he has an incident-free Abu Dhabi weekend.
As Williams has now decided to put Sargeant in for FP1 in Mexico and Abu Dhabi as well, two more bonus points are achievable in those appearances. 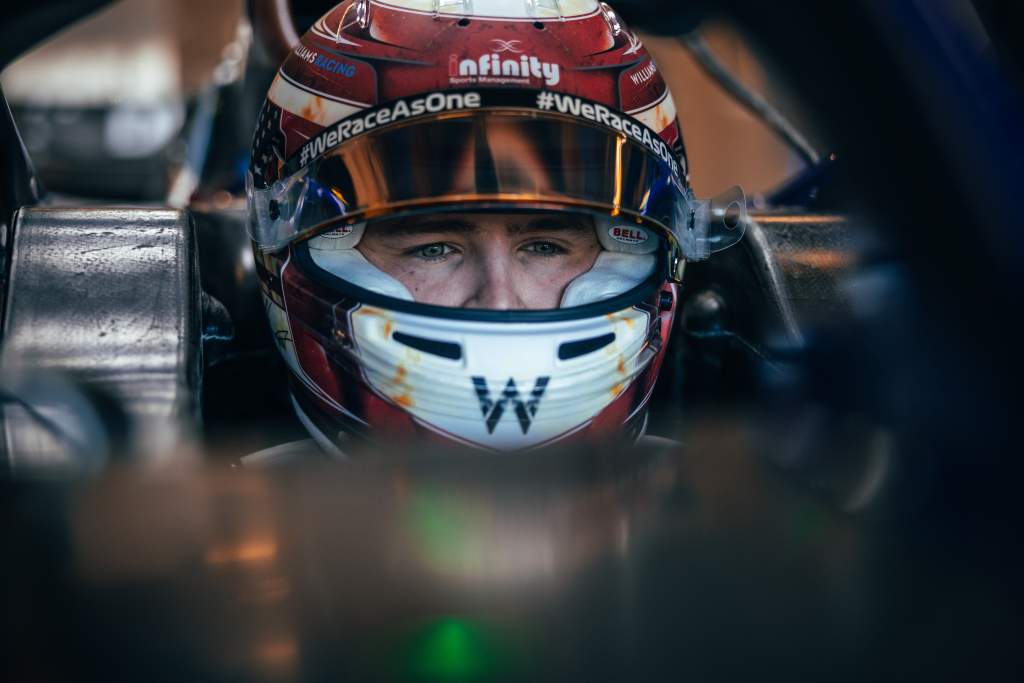 This could take Sargeant to as many as 34 superlicence points, making just an eighth place finish in the F2 championship enough to reach the 40-point threshold to qualify for an F1 superlicence.
Given he has a 21-point gap to ninth place in the F2 standings, it is extremely likely that Sargeant will qualify.
Even if, for some reason, he is not eligible for the bonus points awarded to drivers who have completed an entire FIA championship without being given any penalty points, he is still in a strong position as sixth place in the F2 championship standings would suffice.
Red Bull: Max Verstappen/Sergio Perez
Ferrari: Charles Leclerc/Carlos Sainz
Mercedes: George Russell/Lewis Hamilton
Alpine: Esteban Ocon/Pierre Gasly
McLaren: Lando Norris/Oscar Piastri
Alfa Romeo: Valtteri Bottas/Zhou Guanyu
Aston Martin: Fernando Alonso/Lance Stroll
Haas: Kevin Magnussen/Mick Schumacher or Nico Hulkenberg*
AlphaTauri: Yuki Tsunoda/Nyck de Vries
Williams: Alex Albon/Logan Sargeant**
* Haas yet to choose 2nd driver
** Sargeant’s place dependant on superlicence
Jack Doohan has not managed to get an Alpine Formula 1 drive for 2023, but it’s not for the lack of trying. He put in a worthwhile pitch – one that started on Instagram, as Scott Mitchell-Malm explains
Every time an Alpine (usually Fernando Alonso’s) has suffered a race-ending failure in Formula 1 this season, the team has turned to the same silver lining. That silver lining is valid, but it won’t be enjoyed by the driver who has suffered from it the most
The Race F1 Podcast discusses the significance of Dietrich Mateschitz’s death to Red Bull – including how its two F1 teams might be affected, and the future of the Austrian GP and Red Bull’s junior driver scheme
Carlos Sainz’s 2022 has followed a clear upward trajectory – but it stings for the Spaniard that this has coincided with Ferrari dropping off
Oscar Piastri has been conspicuous in his absence since his rejection of Alpine in favour of McLaren was ratified by Formula 1’s Contract Recognition Board. So what is going on?
Mercedes’ hopes of winning the Mexican GP amounted to nothing. Now that Toto Wolff has conceded the team is still months behind Red Bull, where does that leave it for 2023 – and is there any hope of a win before the season is out?
The Race started in February 2020 as a digital-only motorsport channel. Our aim is to create the best motorsport coverage that appeals to die-hard fans as well as those who are new to the sport.

Posted on September 30, 2022
F1 News Last Updated: 10/09/22 12:06pmAlex Albon has been ruled out the Italian Grand Prix amid ongoing treatment for appendicitis and will be replaced...
Read More

Posted on November 11, 2022
The AlphaTauri driver has been reprimanded with penalty points six times this season, taking his total to 10 – two shy of a race...
Read More