We use your sign-up to provide content in ways you’ve consented to and to improve our understanding of you. This may include adverts from us and 3rd parties based on our understanding. You can unsubscribe at any time. More info
Sebastian Vettel issued an x-rated response to his race engineer moments after he was knocked out of Q1 at the Austrian Grand Prix. Vettel will line up at the back of the grid for tomorrow’s Sprint race after his lap was only 20th fastest.

After the chequered flag, Vettel’s race engineer said: “I’m afraid we’re out Sebastian. However, the German replied: “yeah I saw. f***. Ah man that’s painful.”
It means Vettel will line-up behind his team-mate Lance Stroll for the first time in seven races. The Canadian will line up 17th on the grid for the race tomorrow, directly behind Daniel Ricciardo.
Vettel has now been knocked out of the Q1 for the third race in a row in a blow for the four-time champion.
READ MORE: Lewis Hamilton in Austrian Grand Prix blow as race engineer Bono away 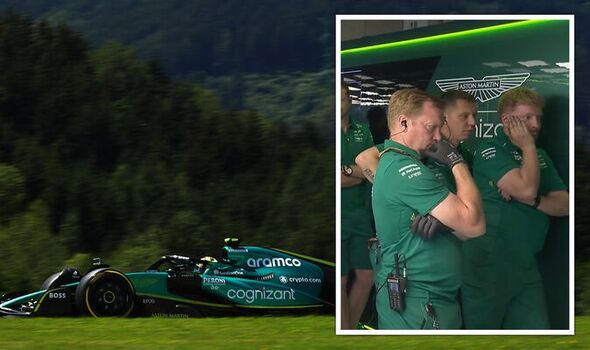 After the session, Vettel said: “It was a shame to get my lap-time deleted for crossing track limits. I had actually lost a little time at Turn One anyway – so it was effectively a double penalty.
“Still, we did not have the pace today to get through into the next part of qualifying – but there are plenty of opportunities in tomorrow’s Sprint Race and we will hopefully start in a better position for Sunday’s Grand Prix.”
Aston Martin has struggled for pace this season as the team drop away from the midfield. Vettel has scored just 15 points this season in a miserable year for the multiple champion.
However, Vettel has still managed to outscore his team-mate Stroll who has picked up just three points to his name this season. It is a critical time for Vettel who has claimed he will decide his future in the sport this summer.
He admitted his performances over this part of the season would play a part in his decision to either sign a deal or quit. The 35-year-old admitted there were elements of the sport he longer enjoyed.
DON’T MISS
Lando Norris’ car catches fire during Austrian Grand Prix practice [INSIGHT]
Lando Norris teases George Russell over switching teams  [ANALYSIS]
Max Verstappen labels Lewis Hamilton the ‘biggest show off’ in quiz [COMMENT] 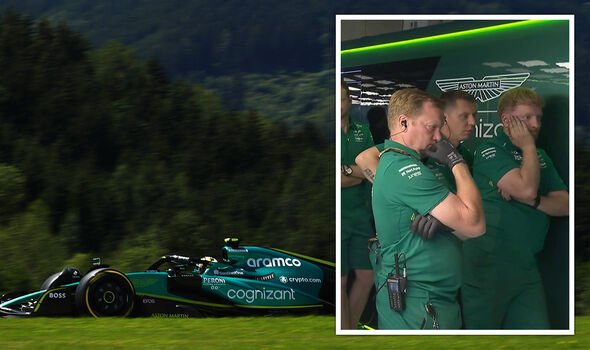 Vettel explained: “I enjoy driving the car but there are other things I don’t like. After so many years the usual stuff comes up that you don’t understand at the beginning, like the travel. It is very time consuming and I have kids at home and a family so it equals time away from them.
“The future depends on this year and the races that I have coming up. I have not decided yet. The summer is the usual time when you start to talk so we will see.”
See today’s front and back pages, download the newspaper, order back issues and use the historic Daily Express newspaper archive.

Posted on August 7, 2022
US racing stalwart Michael Andretti’s bid to expand his multi-series operation to F1 has been met by fierce resistance from most of the discipline’s...
Read More

Posted on June 6, 2022
Leclerc had looked on course to take a comfortable victory in the Spanish GP when his car suddenly lost power on lap 27 when...
Read More