We use your sign-up to provide content in ways you’ve consented to and to improve our understanding of you. This may include adverts from us and 3rd parties based on our understanding. You can unsubscribe at any time. More info
Red Bull star Sergio Perez left Formula 1 commentators in shock as he sneezed at high-speed in his Ferrari during first practice ahead of the Hungarian Grand Prix in Budapest this weekend. The Mexican sneezed and pointed to allergies, but pundits and former drivers Anthony Davidson and Johnny Herbert were amazed by the moment.
Ultimately, Perez showcased impressive skill to avoid losing control of his Red Bull as allergies struck him in Hungary. The Mexican was flying at high speed down the starting straight during first practice when the moment occurred.
It was captured by Sky Sports’ television coverage as Perez contacted his team over the radio before he began sneezing. His race engineer said ‘bless you’ before Perez let out a small giggle after his sneezing finished.
As he turned into the first corner, Perez said: “I’m getting a bit of allergies around this place!” While the 12-year F1 veteran was relaxed about the incident, former racer Davidson was stunned. “I’ve never sneezed in a racing car before, ever – I don’t know about you,” he remarked.
READ MORE: Russell answers who’s quickest between himself, Verstappen and Leclerc 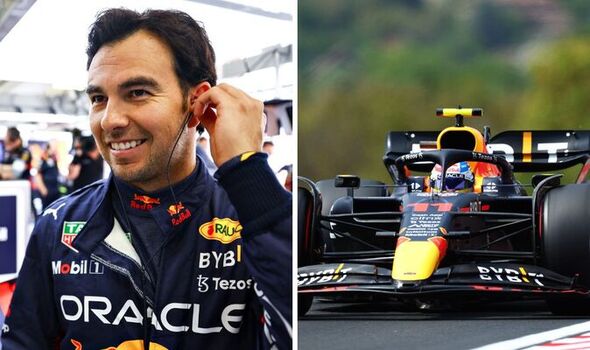 Fellow pundit Johnny Herbert agreed and added that he thought the urge to sneeze in a racing car ‘just disappears’ when in the car. Davidson added: “I’m amazed by that, maybe it’s the adrenaline or something but I thought it was impossible to sneeze when you’re driving…
“Honestly, I’ve never seen that in a racing car.”
Presenter Rachael Brooks was focused on how bad the need to sneeze could have been had Perez suffered the rare fit on another track. She suggested drivers wouldn’t want to sneeze down the straights of Baku or Shanghai – but Davidson had a retort.
DON’T MISS
Russell details F1 survey sent to every driver over health concerns
Charles Leclerc explains why ‘fighting limits’ sparked horror mistake
Jeremy Clarkson causes stir after Sebastian Vettel quits F1 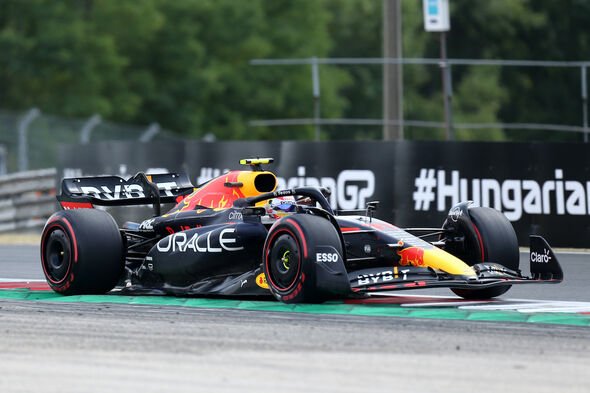 “Well, it’s a pretty bad track – there’s no let up round here!” the 43-year-old laughed.
Perez was fine, but he was off the pace around the Hungaroring as the 32-year-old could only finish sixth-fastest in FP1. He was almost a second behind the session-leading time set by Ferrari star Carlos Sainz, who edged out world championship leader Max Verstappen.
The 22-race F1 2022 campaign continues with the Hungarian Grand Prix in Budapest on July 31 ahead of the four-week summer break.
See today’s front and back pages, download the newspaper, order back issues and use the historic Daily Express newspaper archive.

"It's not a parade track for us"- Red Bull 'definitely not the favorites' to win 2022 F1 Hungarian GP, feels Helmut Marko - Sportskeeda

Sainz Points Out the Criticism Disparity Between Ferrari, Other F1 Teams – Sports Illustrated

Posted on September 2, 2022
Ferrari’s strategy calls have been a hot topic this season as waves of criticism flood social media, whether it be about tire strategy or...
Read More

Quiz: F1 stand-in drivers in the 21st century – The Race

Posted on August 28, 2022
Welcome to GPFansAre you a F1 Fan? Follow GP FansEditionLewis Hamilton has revealed how he made light of F1’s jewellery controversy in the early...
Read More