The announcement had further repercussions, as speculation started as to who will replace the double World Champion at Alpine, that story taking another twist of its own.
Alpine basically announced they promoted reserve Oscar Piastri, the latter denying his approval as reports linked him to a move to McLaren jeopardizing Daniel Ricciardo’s position, as it seems a legal battle may be on the horizon.
But that is a TeamTalk for another time, as this one will focus on what out team thinks about Alonso’s decision to move to Aston Martin replacing the retiring Sebastian Vettel.
After all, Alonso is famous, or infamous let’s for his wrong decisions putting him in the wrong place at the wrong time.
Is this move another example of Alonso’s ill-thought moves? TeamTalk discusses. 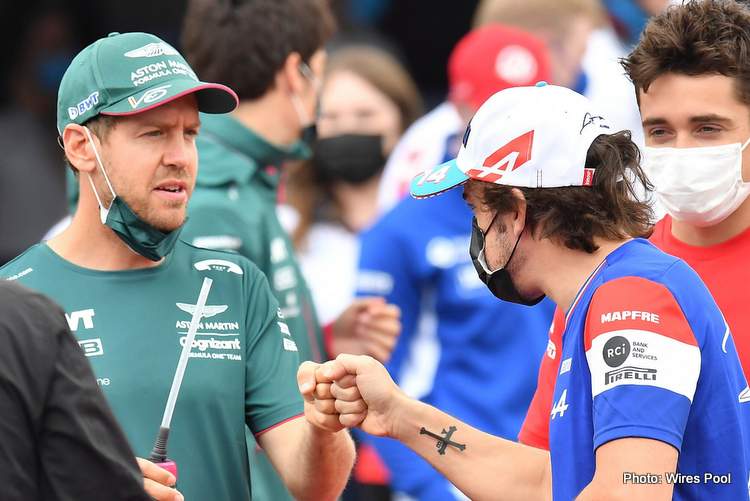 Fernando Alonso’s birthday gift this year saw the two-time F1 Champion unwrap a fresh new multi-year contract with Aston Martin; a pleasant surprise for all, as his move out of Alpine began a domino effect of excitement within the driver market that continues to unfold.
It started with a commendable exit from Sebastian Vettel who at the age of 35, having solidified his multi-championship driving status in history long ago, found the peace within himself to begin his life’s next journey.
I have always felt a gentlemen’s agreement should rule that 35 years of age is the cut off for all F1 drivers, which means Vettel, Alonso and Lewis Hamilton; one, two, three you’re outta there! Now, I’m not picking on the three senior F1 Champions in malice, but here’s a thought.
In the short term, Alonso will assume the all-time race start record from “The Iceman” Kimi Raikkonen in a handful of races time, it’s inevitable at this point. In the ultimate case, Alonso sees out the 2025 season and at such time aged 44 he’d have held on to the bull half a year longer than both the “Gallina Vecchia” Valentino Rossi did, as well as Michael Schumacher.
It would also see Alonso at an age, 16 years senior to this years’ average driver age. With Lewis Hamilton forecasting a long future himself much alike to that of his ex. teammate, I can’t help but point out how this is somewhat problematic for F1 in general.
Alonso’s herculean effort is quietly aided by the FIA’s super license points system, a qualification system for drivers pursuing an F1 seat, which was introduced in 2015 and implemented the following year. It played a role in Alonso’s return back to the saddle of a grand prix car in 2021 when Renault’s Zhou Guanyu did not acquire enough points to qualify for F1 eligibility.
Driving into one’s 40’s isn’t new but it is somewhat rare in modern F1 as prior to Kimi and Fernando, only Michael Schumacher and Pedro De La Rosa accomplished the feat over the span of the last two decades.
One of the many negative knock-on effects of the super license points system has been an increase in the average driver age of the grid. Raikkonen’s exit reduced this year average age but from 2016 to 2021 the average has been among the highest it’s been over the last two decades.
It’s on that trend coupled with the Spaniard’s legendary feistiness that there is no reason to believe he couldn’t push through 2025. That being said, while it’s prudent to give gratitude to Alonso and praise his successes, one must also not lose sight of the heroism in stepping aside, and out of the way of the next generation of drivers as Vettel has. 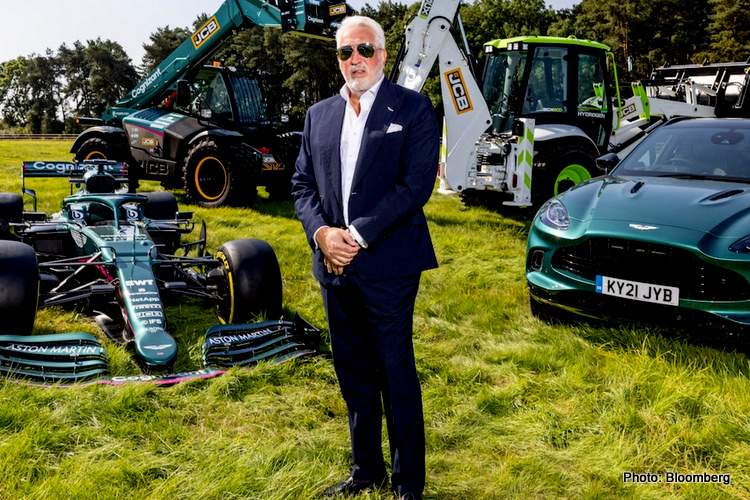 In July of 2020 Renault announced Fernando Alonso’s return to F1 after a two-year hiatus, and Cyril Abiteboul, the mastermind behind his recruitment in response to the unexpected departure of Daniel Ricciardo, described Alonso as a formidable asset to the automotive brand and key to their strategy of returning to the front of the F1 grid.
Ironically though, it would appear in recent years that Renault, who renamed their F1 team Alpine for marketing purposes, have struggled to keep many of what can be argued were formidable assets as Daniel Ricciardo, Abiteboul himself, Marcin Budkowski, and now Alonso, have all left the team for whatever reasons, while Oscar Piastri is doing his best not to make his F1 debut with them.
Surely there is an underlying reason why it seems endemic within Renault that they are unable to retain such high value and difficult to replace resources, and it could possibly be due to reasons such as an executive or boardroom culture that unwillingly or arrogantly lacks the ability to acknowledge and quantify what value these assets provide the business.
Given the nature of the beast that is Alonso, there is no doubt at all that we will be privy to all that he perceives to be the real story surrounding this sometime soon in the public forum, as it’s usually the case with him.
Whilst it seemed like a no-brainer for Renault to retain the services of Alonso, it was just as much of a no-brainer that a one year offering would be unacceptable for the Spaniard, and so as we know he has moved on to Aston Martin, which can only be viewed as a step backwards in performance for him, and much farther from the expected outcome of podiums, which he indicated was the expectation of returning to F1 back when that announcement was made in 2020.
It may be arguable that the Stroll family’s involvement in Aston Martin holds slightly more relevance than that just of a vanity programme, but it most certainly is structured as a nepotistic one that serves the needs of its point of convergence, the son of the major shareholder and Chairman, and it doesn’t seem like a very compatible match at all for Alonso who by his inherent nature needs to be manicured as the focal point at all times.
It is troubling trying to imagine how that is going to work.
Even more disturbing, though, is the idea of Alonso under the command of the Father, the shareholder, and the Chairman, Lawrence Stroll, whose dominating, and dictator like leadership absolute persona will demand nothing simpler from Alonso than to fall into some form of compliant subordinate bit part, drive the car, make the son look good and shut the ‘eff up.
That hardly seems like Fernando Alonso at all, especially the last bit.
And then there’s Esteban Ocon, who will be the most fortuitous party out of them in all of this, and the one who will be a most deserved major OEM team leader in 2023, one that is well and truly on the performance ascendency when it comes to on-track performance.
That is of course unless Laurent Rossi decides to give him the flick as well… 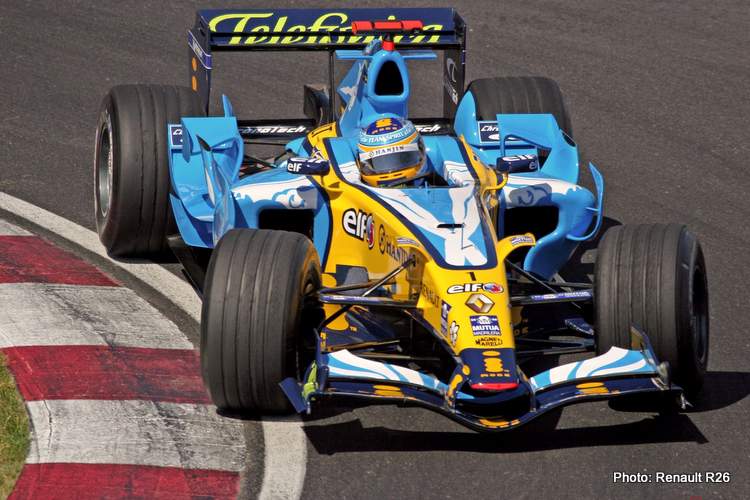 I have to admit the announcement that Fernando Alonso will joining Aston Martin next season took me by surprise, my first reaction being; WTF?!
Let me start by saying this, I believe that Alonso is one of the most talented drivers of his generation, if not the most talented, and at the age of 41, he has been holding his own very well within a Formula 1 grid full of young and highly talented drivers.
But the fact of the matter is that, despite all his feistiness, Alonso is not going to be winning any races soon, let alone a third Championship. It’s not like he joined a Mercedes or a Red Bull, so why be so clingy?
His talent deserves more than the two Championships he achieved, but if he couldn’t win more before his first retirement at the end of 2018, how can he or anyone else believe that he can win more now? And with Alpine and Aston Martin?
Despite his talents behind the wheel, Alonso has been lacking in the team-player department, as he has unfortunately been a disruptive factor within any team he joins, so domineering in his approach that matters sooner rather than later take a turn to the worse and the inevitable divorce happens.
The only time we saw Alonso in a healthy team environment was with Renault in his early years when he dethroned Michael Schumacher from his F1 throne, but maybe the presence of Flavio Briatore there, created a habitat suitable for him.
His 2007 season with McLaren was a disaster, and while his years at Ferrari started well, the relationship ultimately soured as both failed to bring Championship glory back to Maranello, which can’t be blamed on Alonso alone, but the way he conducted himself there wasn’t ideal as well.
Do we even have to mention his disastrous second stint at McLaren with Honda?
Upon his return, Alonso tried to project the nice guy image; I couldn’t believe when I saw him celebrate Esteban Ocon’s first win in Hungary 2021, but I think it was just him trying too hard to be someone he isn’t.
I am not surprised that he left Alpine, as Ocon is not a pushover, and with age on his side, will be the team’s priority for the future, evident by the fact that Alonso was offered a one-year contract extension only.
But my surprise came from Aston Martin’s decision to hire him, and his agreement to that.
How will Alonso work with Lawrence Stroll, and how will the latter handle it when the Spaniard pulverizes his boy Lance?
The green cars have been an embarrassment for two seasons now, and chances are 2023 will not be groundbreaking, so how will Alonso feel driving back further down the grid than in the Alpine?
There is no chance that Aston Martin will be a contender over the course of Alonso’s foray there, and being in his mid forties at the time of his contract’s expiry, will Alonso be able to keep going and reap the rewards?
So many questions whose answers will not favor Alonso, but in closing I leave you with only one:
Why is Fernando Alonso so hell bent on remaining in F1?
© 2022 | PEEVEEMedia

Posted on November 16, 2022
Ricciardo evaluates his options.Daniel Ricciardo has explained that his best option moving forward is to carefully plot a comeback into F1 for 2024, confident...
Read More

Why Was The F1 TV Direction In Saudi SO BAD? – WTF1

Posted on July 22, 2022
Could not agree more. This has been a constant refrain in my otherwise highly enjoyable F1 viewing experience from when I first subscribed to...
Read More