We use your sign-up to provide content in ways you’ve consented to and to improve our understanding of you. This may include adverts from us and 3rd parties based on our understanding. You can unsubscribe at any time. More info
Toto Wolff has dismissed reports suggesting that he has contacted drivers about the possibility of replacing Lewis Hamilton for next season. Doubts have emerged over whether Hamilton will continue racing in 2023 amid Mercedes’ ongoing struggles, with the German manufacturer yet to win a race this season.
Hamilton has endured his worst run without a race win since joining the team in 2013 and is yet to register a victory in his 13 races this season. The 37-year-old has flirted with retirement after becoming frustrated with Mercedes’ poor form on the track, leading to suggestions Wolff may need to find a replacement such as Sergio Perez.
The summer break is the most prominent time for drivers to discuss their futures and Wolff used the 2021 break to sign up George Russell to replace Valtteri Bottas last season.
However, the Mercedes team boss has issued a clear denial that he has entered into discussions over replacing the seven-time world champion — and reiterated his desire for Hamilton to continue racing for the team beyond the current campaign.
READ MORE: Wolff wary of growing ‘tension’ between Hamilton and Russell 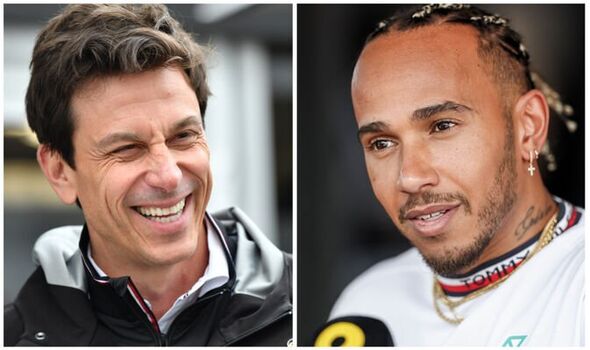 “I’ve not been in touch with any other driver,” Wolff told Autosport before the summer break. “Lewis and I, even if the season would have gone wrong, we would have at least under the principle of hope, stayed together next year.
“And [for] a couple of months, we’re talking [if] this going to go five or 10 years. So none of that is true. I haven’t been in touch actively or reactively [with anyone] about a drive with us going forward.”
Mercedes have struggled to find pace in their W13 car while Red Bull and Ferrari nailed their development before the season started, leaving the team on the brink of relinquishing their eight-season hold on winning the Constructors’ Championship.
DON’T MISS
Wolff breaks silence on Perez replacing Hamilton
Hamilton will like F1 chief Domenicali’s statement
Wolff offers intriguing Hamilton retirement update 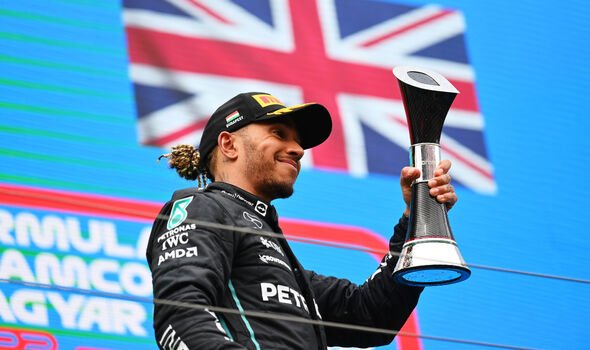 Despite their issues with porpoising and pace, Mercedes have proved to be the most reliable team on the grid with no mechanical failures in 2022 — and Hamilton remains the only driver not to have incurred a DNF this season.
Hamilton has shown signs of getting to grips with his car in recent races, suggesting his winless run could be coming to an end, finishing on the podium in each of the last five races and clinching the fastest lap at the Hungarian Grand Prix. Meanwhile, his team-mate Russell secured his maiden pole position in qualifying.
With Hamilton turning 38 in January, finding a long-term replacement is a conversation Mercedes may need to have further down the line. Pierre Gasly, Lando Norris and Nyck de Vries have all been linked with the seat if Hamilton does depart, but as it stands, that appears to be a distant date in the future.
See today’s front and back pages, download the newspaper, order back issues and use the historic Daily Express newspaper archive.

Wolff: Mercedes bounced "from depression to exuberance" in F1 2022 – Motorsport.com

Posted on August 23, 2022
Off the back of winning eight consecutive constructors’ championships, Mercedes found itself struggling to compete under the new technical regulations for 2022 as it...
Read More

F1 Fantasy tips for the United States Grand Prix: How streaks could win you big points at COTA | Formula 1® – Formula 1