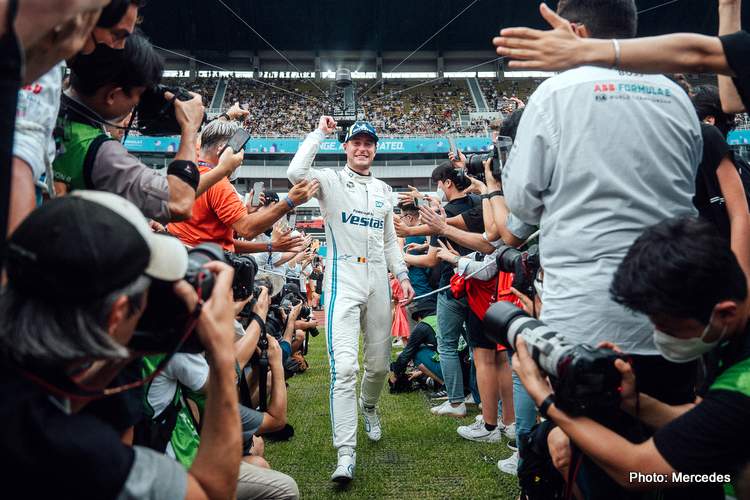 Vandoorne had a somewhat miserable career in F1 after arriving as a highly rated prospect but his 41 races at McLaren, a team in steep decline at the time and under the shadow of Fernando Alonso. The Belgian was mincemeat and three seasons were all he had, with 26 points to his name.
His potential was never really realised, but he resurrected his career in Formula E with Mercedes, spearheading them to their final title in the series as they hand the keys of their operation to McLaren.
Talking about his future, Vandoorne told F1i: “I drove in Formula 1 for two years, in 2017 and 2018 but never say never. It’s a crazy world and anything is possible.
“It’s not that I feel like I really need to get back to Formula 1. I got a great opportunity to drive for Mercedes. Of course, that collaboration is now coming to an end, but I have been able to put myself on the map as a winning driver and now a world champion in Formula E.
“When I joined the team, I had in mind that it would be a long collaboration. But everything ends once and we have to keep going.
“Luckily, everyone knew about the decision last year, so it’s not like it came as a surprise. They have given everyone the opportunity to work out their plans for the future and that is where I want to focus,” concluded the 30-year-old.
The Race reports that Vandoorne will drive for the new DS Penske alliance in the 2023 Formula E season, as teammate to Jean-Eric Vergne, the deal apparently agreed and simply awaiting signatures.
© 2022 | PEEVEEMedia

Why Aston Martin is impatient for success - GPFans EN

Posted on August 13, 2022
Our car experts choose every product we feature. We may earn money from the links on this page. Theo Pourchaire, who turns 19 on...
Read More

What Mercedes upgrades say about its F1 development path – Motorsport.com

Posted on July 28, 2022
Although it was helped in part by a smooth circuit, which reduced the occurrence of bouncing, the promise shown by the car changes has...
Read More

Posted on September 1, 2022
Pirelli is working on a tweak to the tyres for 2023, focusing on a much stronger front to help dial out the understeer characteristics...
Read More