The transformation of the 2022 Formula 1 season from a genuine title contest to a Max Verstappen walkover has been a gradual one – but Verstappen’s barely-broke-a-sweat win from 14th at Spa did effectively flip the narrative switch from ‘can Ferrari mount even the faintest comeback?’ to ‘alright then, what records can Verstappen break before the season is out?’.
Because of Ferrari’s credible early-season form and some reliability issues on Red Bull’s side the rare season records are effectively out of the question – but the 23-turned-22-race calendar still offers Verstappen a chance to set new milestones in terms of pure counting stats.

And while that’s less impressive than a 100% podium rate or the biggest gap by percentage between first and second, wins are still wins and laps led are still laps led. You have to work to get every single one.
So, with that in mind, here are the statistical marks that can potentially be reachable for F1’s championship leader from the record-equalling 2022 calendar. 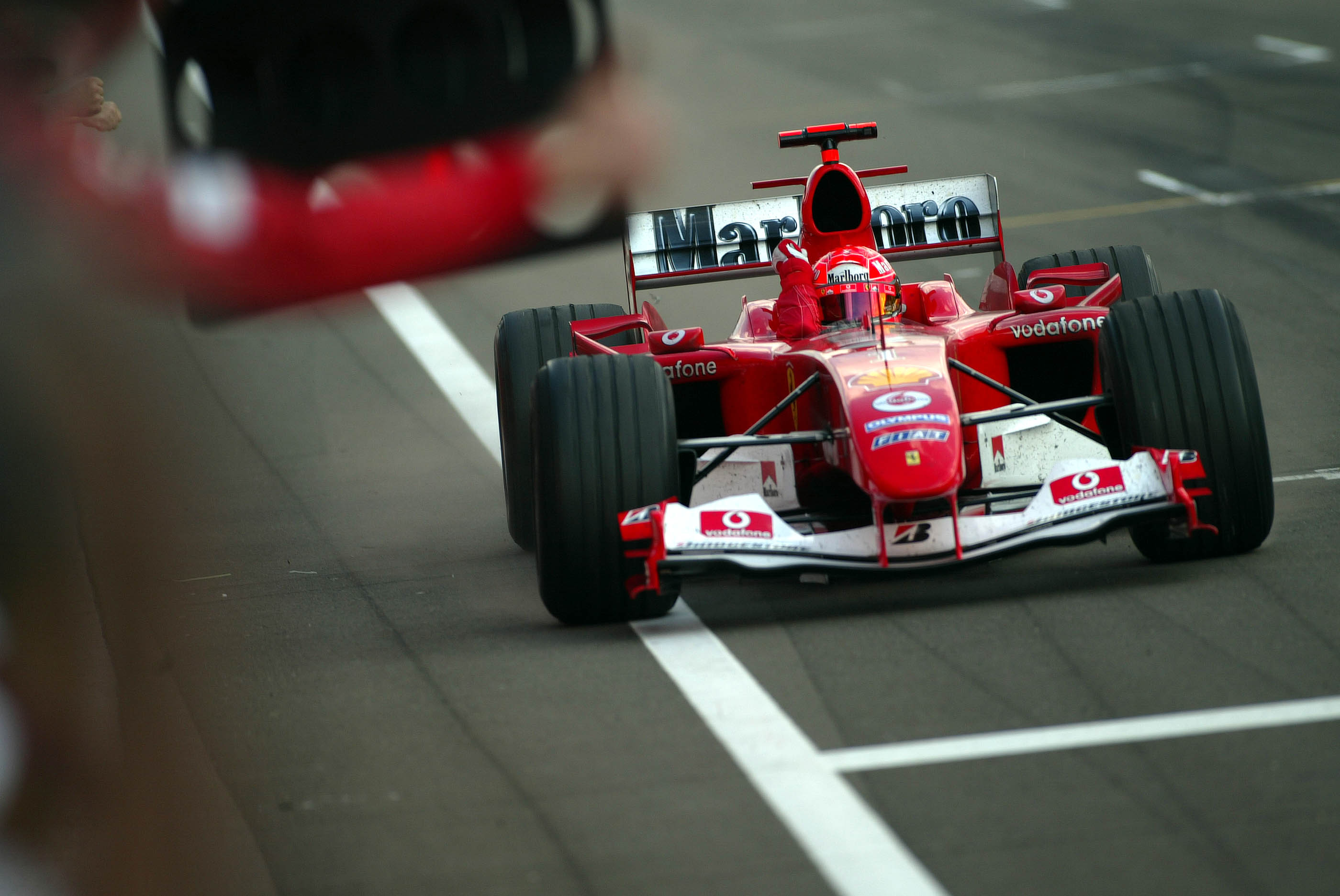 Verstappen’s current tally: 9
On pace for: ~14
Existing record: 13 (Michael Schumacher 2004, Sebastian Vettel 2013)
Verstappen needs to get five wins from the final eight races to eclipse the German duo, and the likelihood of that seems quite high in the aftermath of Spa, which Ferrari has conceded is unlikely to be a complete “outlier” in terms of Red Bull’s advantage.
Moreover, of the eight venues remaining, Verstappen has already won at five, with only Monza, Singapore and Suzuka still missing from his collection – and Spa suggests the Red Bull will for once be the package to have at Monza.
But Ferrari retains confidence that it will be at least a bit closer if not on par with Red Bull on the higher-downforce venues, which will at least give it opportunity to rain on Verstappen’s parade if not make a meaningful dent in his lead.
Will he break the record? It looks a really good chance. 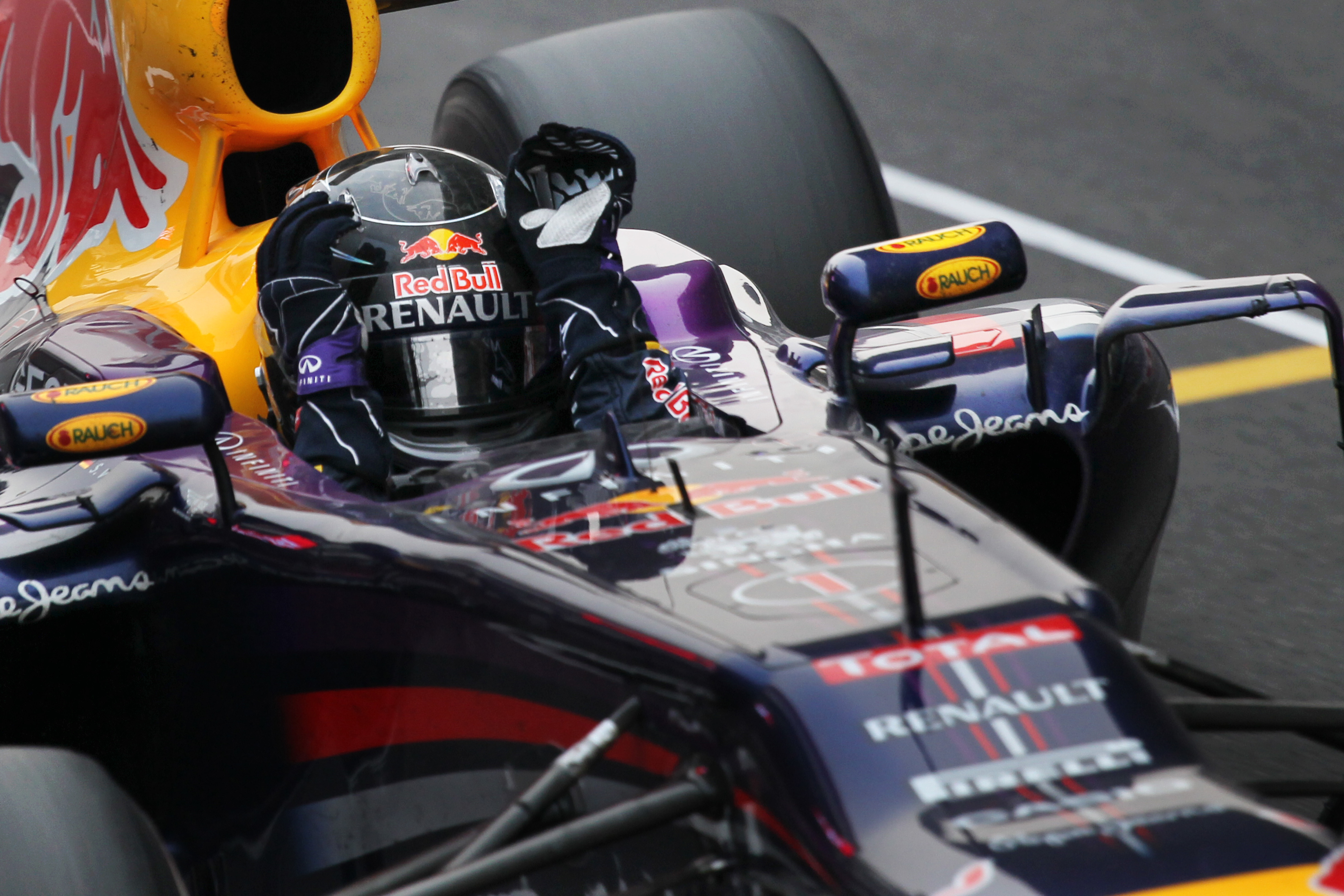 Verstappen’s current tally: 3
Existing record: 9 (Alberto Ascari 1952-1953, Sebastian Vettel 2013)
Your mileage may vary on whether this is a solo Vettel record or one he shares with Ascari – it depends entirely on how you view the Indy 500’s 1950s tenure as a de-jure if not at all de-facto grand prix.
But Verstappen could make that a moot point. There’s enough races left in the season to do it – while Vettel ran out of time to unquestionably surpass Ascari thanks to the start of the hybrid era, Verstappen can make it a run of 11 races in 2022, and there will be no big regulation change at the end of the season either.
It also helps that, like with Vettel in 2013 relative to team-mate Mark Webber, Verstappen looks to be enjoying as comfortable an advantage over team-mate Sergio Perez as he arguably ever has, with the RB18’s development having gone away from the Mexican.
But… it’s all so much easier said than done, and one mechanical failure or one good showing from Ferrari – still a credible threat on pre-summer break evidence – will be enough to end it.
Will he break the record? A lot – maybe too much – has to go right. 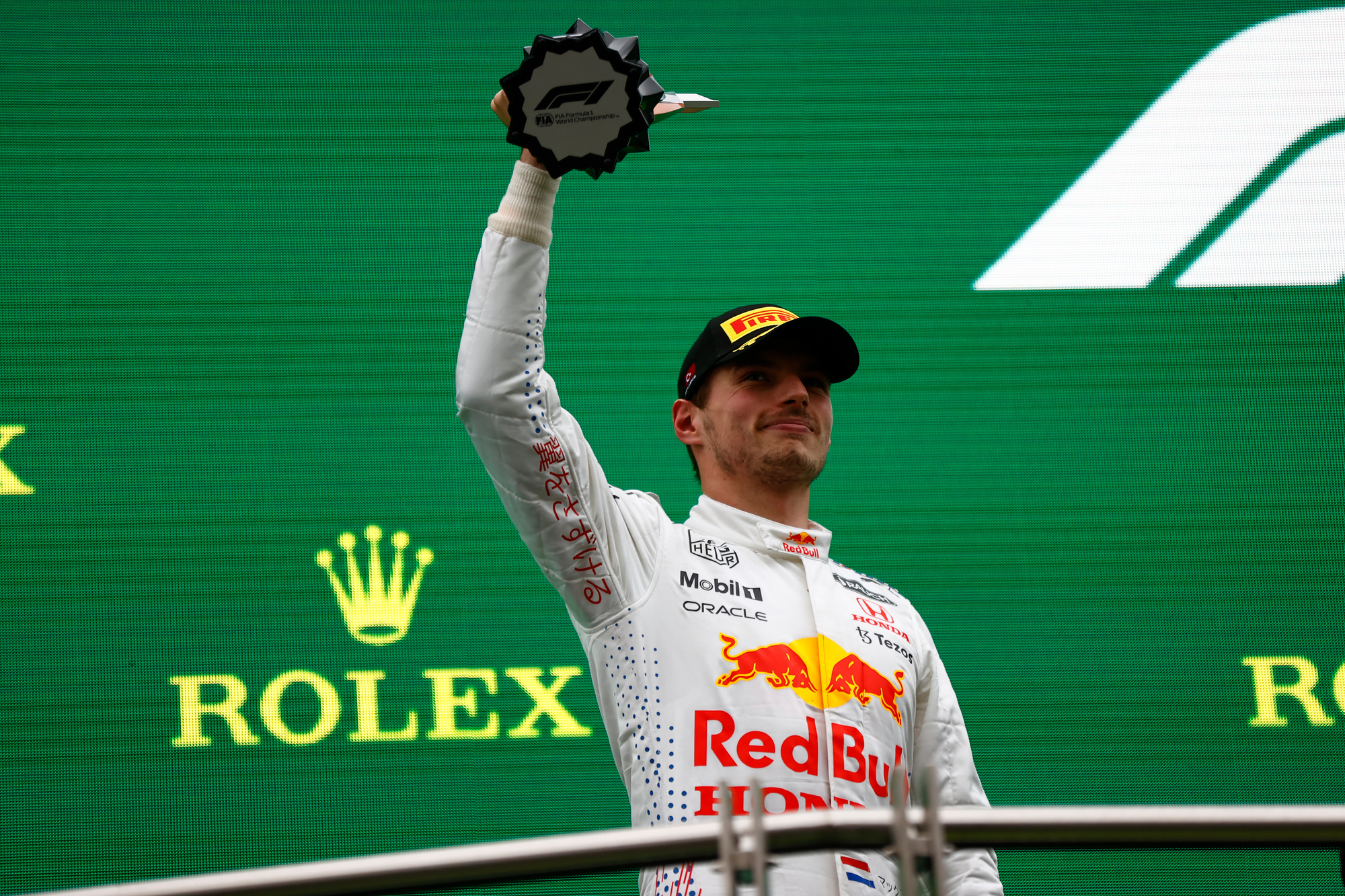 Verstappen’s current tally: 11
On pace for: ~17
Existing record: 18 (Verstappen 2021)
This isn’t the ‘podiums per season’ record that really matters – the greatest season in those terms will still be Michael Schumacher’s 2002 clean sweep, at least until somebody does it over a longer calendar.
But in terms of the absolute number – which already belongs to the Dutchman – Verstappen can absolutely get this done, reliability permitting.
Errors still creep in sometimes, but ultimately there are not three driver/car combinations on the grid quicker than him on any given Sunday.
Will he break the record? It looks very possible, especially as there’s room for one more podium absence. 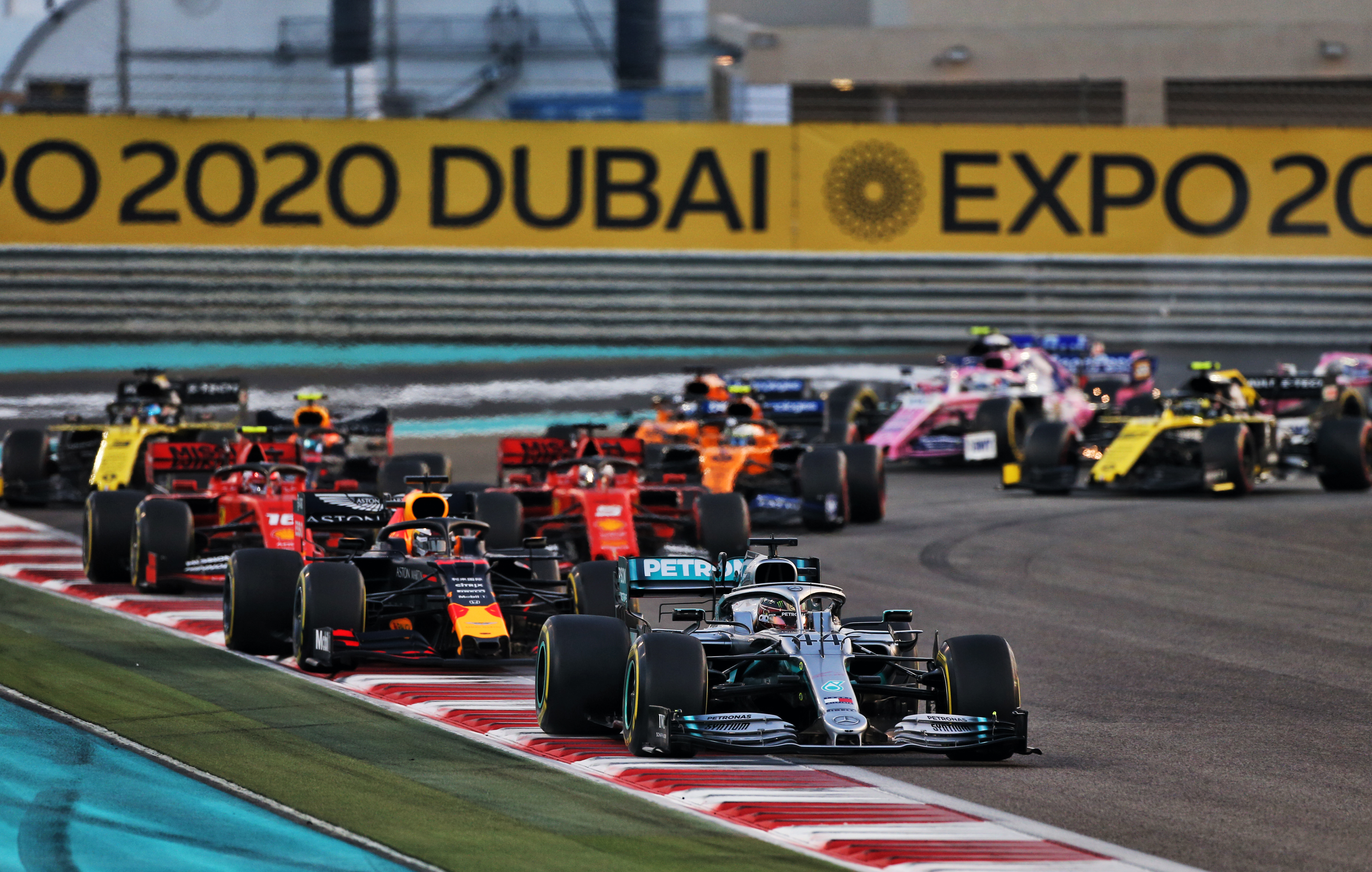 Verstappen’s current tally: 284
On pace for: ~445
Existing record: 413 (Hamilton 2019)
There are more points on offer this F1 season than in any other F1 season, so it stands to reason that the runaway points leader should have a good chance at amassing a biggest-ever tally.
And that is indeed the case. With 216 more up for grabs, Verstappen needs to pick up 130.
Even in his less-strong first half of the season, he already accrued as many as 150 during the opening eight races + one sprint. That pace looks eminently matchable.
Will he break the record? He is clearly likelier to than not to. 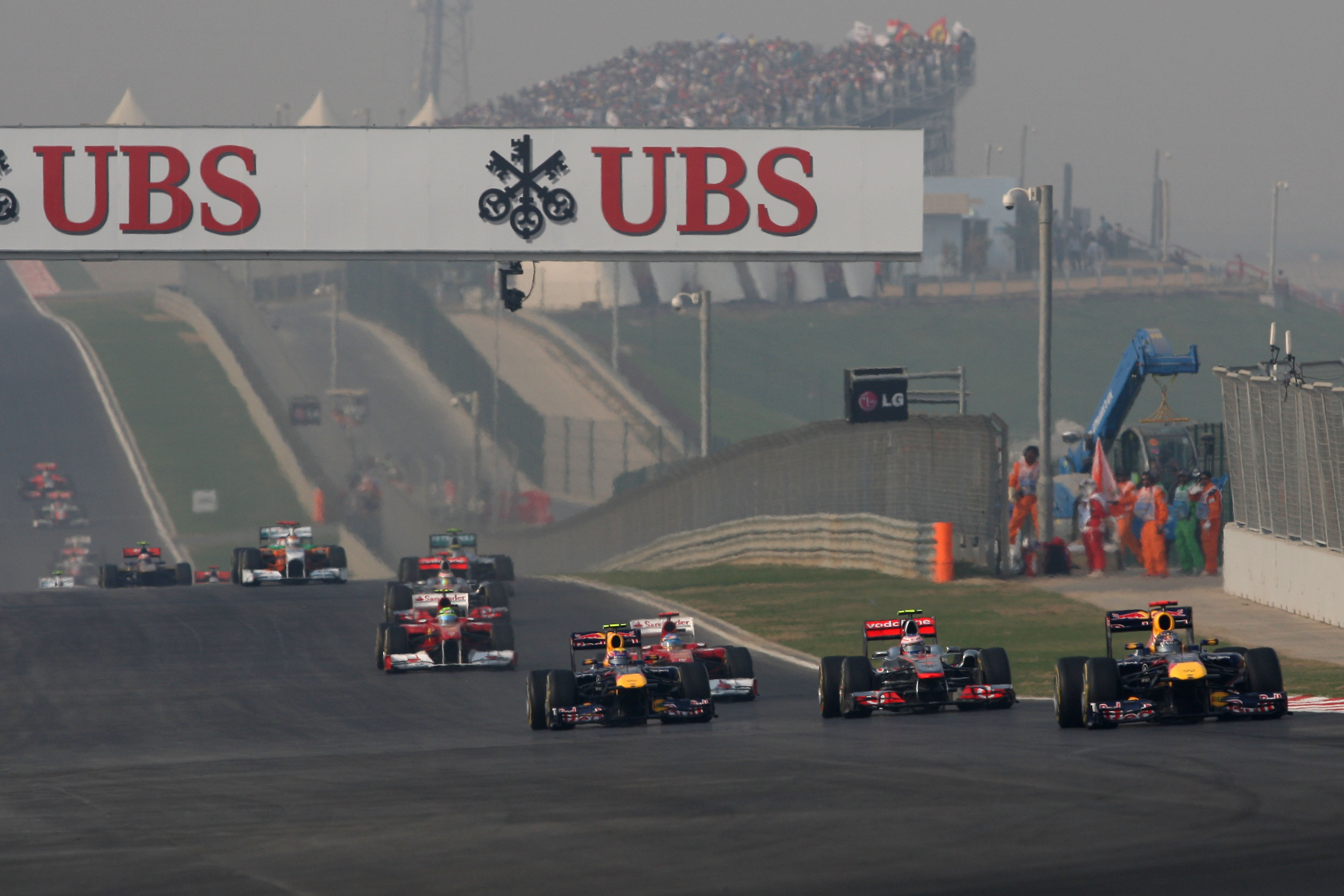 Verstappen’s current tally: 339
On pace for: ~542
Existing record: 739 (Vettel 2011)
Remember that 2011 season? Wild.
Verstappen will need to lead 401 of the remaining 495 laps to eclipse that. He’ll have to average over 50 laps led a race from here on out.
Whether he will have any shot at it or not depends on whether F1 2022 will return to its pre-summer break parameters.
Charles Leclerc, after all, has led nearly 300 laps this season thanks in large part to his qualifying supremacy – though Verstappen has been leading most of the laps that counted.
Will Red Bull really be able to deny Ferrari not just wins but poles on the regular over the rest of the season? It’s a distinctly distant possibility – though, in light of Spa, maybe not totally improbable.
Will he break the record? Probably not. 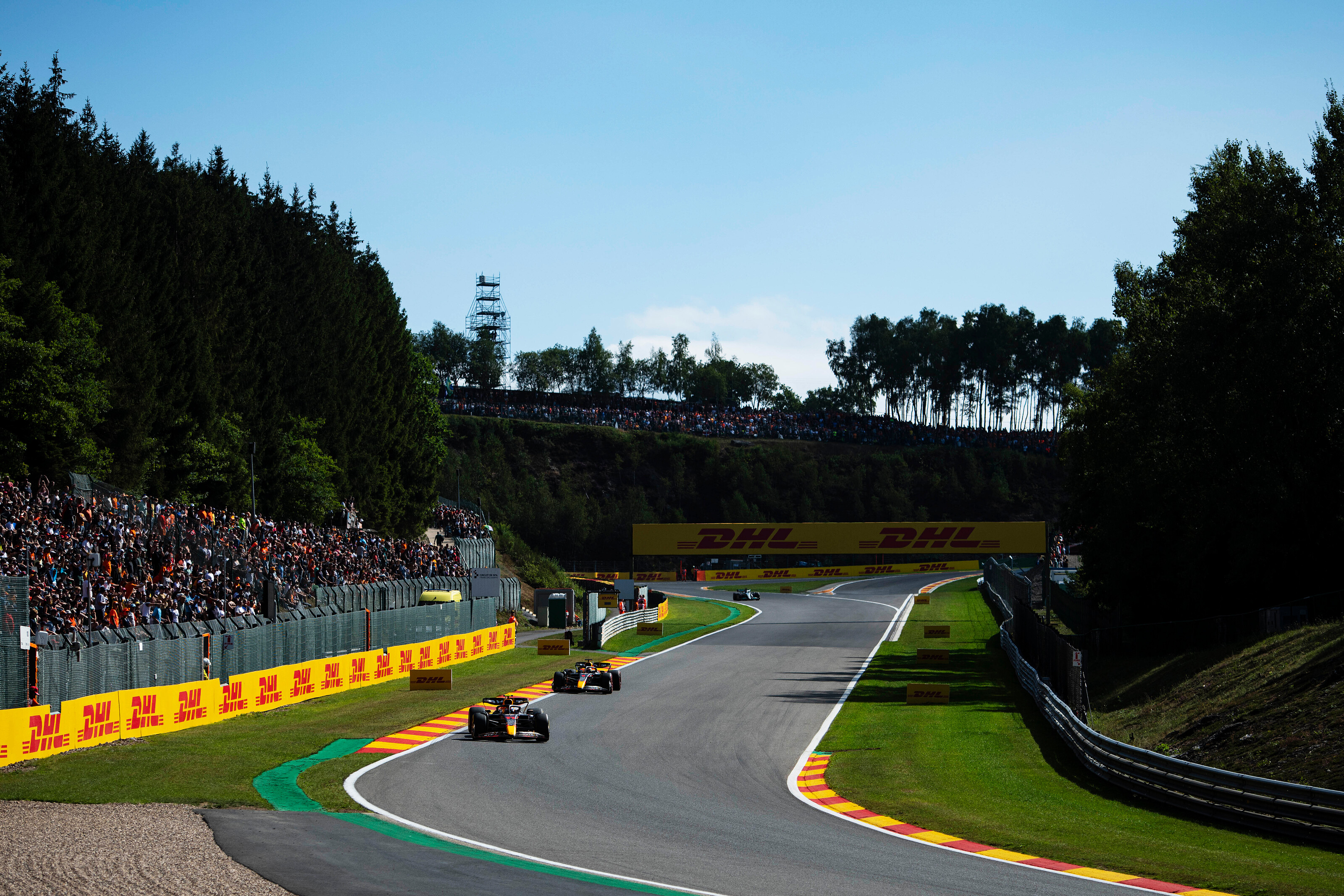 Verstappen’s current lead: 93 over Perez
On pace for: ~145
Existing record: 155 (Vettel over Alonso 2013)
Whatever lead Verstappen ends up with, it will not be as impressive as your 1992 (Nigel Mansell outscoring nearest rival Riccardo Patrese 108 to 56) or 2001 and 2002 (Schumacher likewise with nearly double the points of the chasers).
But F1’s points system is also not as conducive to massive proportional leads anymore, what with a win now scoring 139% of second place, rater than the 167% it used to be.
Verstappen could win every remaining race and still not reach Vettel’s 155 of 2013. And just one non-score paired with a 25/26 haul for Perez or one of the Ferraris will probably make the whole thing moot.
But if Verstappen avoids any major dramas for the rest of the season, there’s a possibility the drivers battling for second place in the standings behind him might just take enough points off each other.
Will he break the record? It’s a long shot.
Alpine is believed to have agreed terms with Red Bull for the release of Pierre Gasly from his AlphaTauri contract for the 2023 Formula 1 season
Fernando Alonso regrets the comments aired after his clash with Lewis Hamilton at Spa – but hints Hamilton being British inflated the reaction
Imola 1999: An underappreciated piece of Michael Schumacher and Ferrari brilliance? Or a race cruelly robbed from McLaren? The latest episode of the classic F1 podcast Bring Back V10s discusses that question and more
Formula 1 already has two new engine manufacturers coming in: Audi and Red Bull Powertrains. And more newcomers/returnees are expected. That’s down to very deliberate efforts to ensure they have a hope
The Mercedes Formula 1 team has revealed Lewis Hamilton’s car sustained a 45g vertical impact after his first-lap collision with Fernando Alonso in the Belgian Grand Prix
The Red Bull-Porsche tie-up doesn’t look like such a dead cert anymore. Scott Mitchell-Malm explores the potential behind the scenes twist that’s playing out, including the further-reaching consequences for Formula 1
The Race started in February 2020 as a digital-only motorsport channel. Our aim is to create the best motorsport coverage that appeals to die-hard fans as well as those who are new to the sport.

F1 calendar 2022: Race schedule, tracks and results with Dutch Grand Prix up next... - The US Sun

Posted on June 6, 2022
Hamilton will start ahead of Mercedes teammate Valtteri Bottas and Verstappen after the one-hour qualifying session, which is split into three segments with five...
Read More

Posted on October 23, 2022
Ferrari led the way in Friday practice ahead of Saturday’s qualifying, with Charles Leclerc topping the more representative FP2 session by over two tenths...
Read More

Posted on August 27, 2022
News2022 Round 11 post-Sprint Race press conferenceCampos thrilled with Boschung pace on return after clinching Sprint podiumSPRINT RACE: Lawson in a league of his...
Read More

Hamilton: Red Bull did an incredible job, every single individual there – Grand Prix 247

Posted on October 19, 2022
Hamilton has made it clear that he intends to be part of that future for a long time to come, but the task at...
Read More