An extraordinary (and wildly enthusiastic) 419,000-strong weekend crowd for Formula 1’s first Australian Grand Prix since 2019. The much-anticipated new Miami race just weeks away. The announcement of F1’s 2022 Las Vegas just a week earlier.
There were plenty of reasons to be buzzing about the F1 calendar during the Melbourne weekend. And there was, definitely, plenty of buzz among the drivers, who were hugely appreciative of the Australian fans and atmosphere and said all the right things about the prospect of F1 in Vegas.
But that positivity was tempered with concerns.
As George Russell put it: “It is incredible to see the space Formula 1 is in at the moment and the excitement around the sport. I think it’s brilliant for all the teams, for the drivers. And I guess it’s put Formula 1 in the luxury position that we can almost cherry pick the races we want to go to.”
Or the same point, made a little more bluntly by Pierre Gasly: “I don’t think these days any grand prix is kind of safe. Because F1, the popularity is so high, everybody wants us.”
The implication is that shiny new opportunities are going to come at the expense of traditional heartlands. An unsurprising conclusion to reach given we’re in a moment where France, Belgium and even once-invincible Monaco are events in varying degrees of jeopardy while Bahrain, Qatar and Saudi Arabia are on long new deals and America’s got three grands prix next season. 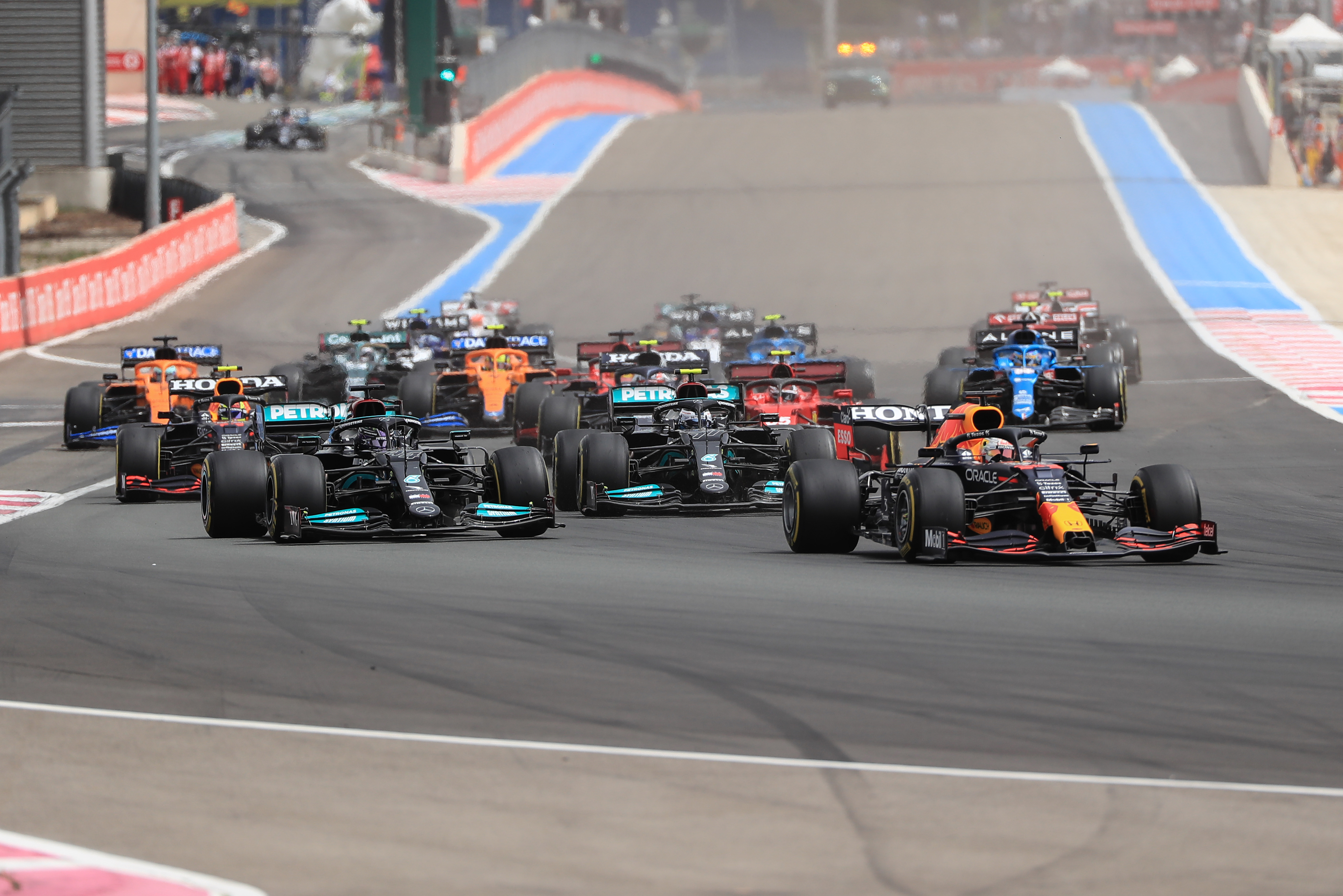 There was a degree of self-interest in how that concern’s manifesting itself: Gasly saying he’d “sign the contract myself already now” to extend Paul Ricard’s F1 deal “but I’m not sure Stefano [Domenicali] will allow me to do that”, Russell advocating Silverstone having a permanent untouchable slot and Mick Schumacher pointing out that Germany’s conspicuously absent again.
But worries about how this expansion might affect F1’s identity featured too, from world champion Max Verstappen wanting to “make sure that we do visit proper tracks still, not only street circuits” to his Red Bull team-mate Sergio Perez saying some recent calendar additions “kind of lack a bit of character”.
And it’s not just about home fanbases and fast corners. There’s sentiment involved too.
“Whether it’s your Monzas or your Spas, your Silverstones, these are tracks we’ve competed at our whole life,” said Daniel Ricciardo.
“So there’s also a lot of history, but also it’s kind of nostalgic and sentimental to race there and continue to compete there.”
F1’s not simply purging classic European racetracks in favour of glamorous new far-flung ones, no matter how recent developments might be interpreted from the outside. Regardless of the race’s fate, Paul Ricard is still one of the most recent additions, Zandvoort rejoined the calendar after a 36-year absence last year and Imola’s just regained an F1 schedule foothold. Domenicali is understood to be trying to protect a balance of classics and new venues, which may require a degree of rotation – an option many drivers back – to make it possible within the 24-race season limit agreed with teams. 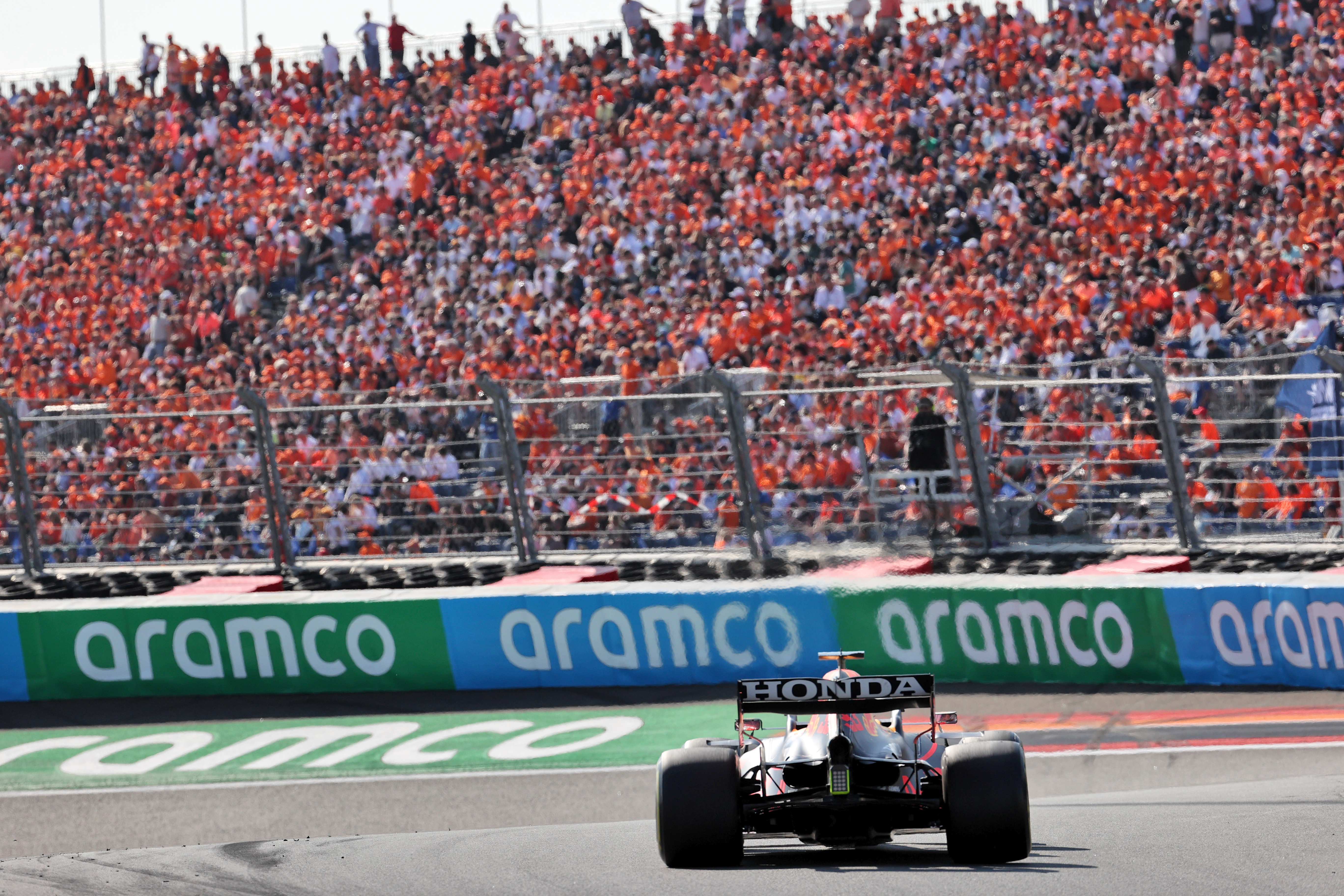 But the views expressed in Melbourne show F1 can’t be in any doubt about where its drivers stand. The class of 2022 fully accept and embrace the need for expansion and new opportunities and are more than happy to play their part in promoting F1 to wider audiences. But if the calendar drifts too far from what they believe F1 should be, they won’t stay quiet about it.
And there’s one area where their complaints will be particularly valid if the 2022 calendar proves to be the shape of things to come, not a lingering COVID anomaly.
From Bahrain and Saudi Arabia in the Middle East to Australia then to Europe for Imola then to America for Miami then to Europe (briefly) for Spain and Monaco before Azerbaijan and Canada back to back… F1 is doing a lot of globe crisscrossing in quick succession before settling into its first sustained single-continent leg with the run of summer European races beginning with Britain in early July.
Melbourne’s position as race three between Jeddah and Imola is particularly contentious.
“Melbourne as a season opener was really cool, because everybody came out here early,” said Russell.
“And it was a lot of excitement and anticipation, but I think having Melbourne in between races, especially as a standalone, is too tough for the teams and everybody.
“People came out on Saturdays and Sundays to get acclimatised to the conditions, to the timezone change and it’s just too much I think. 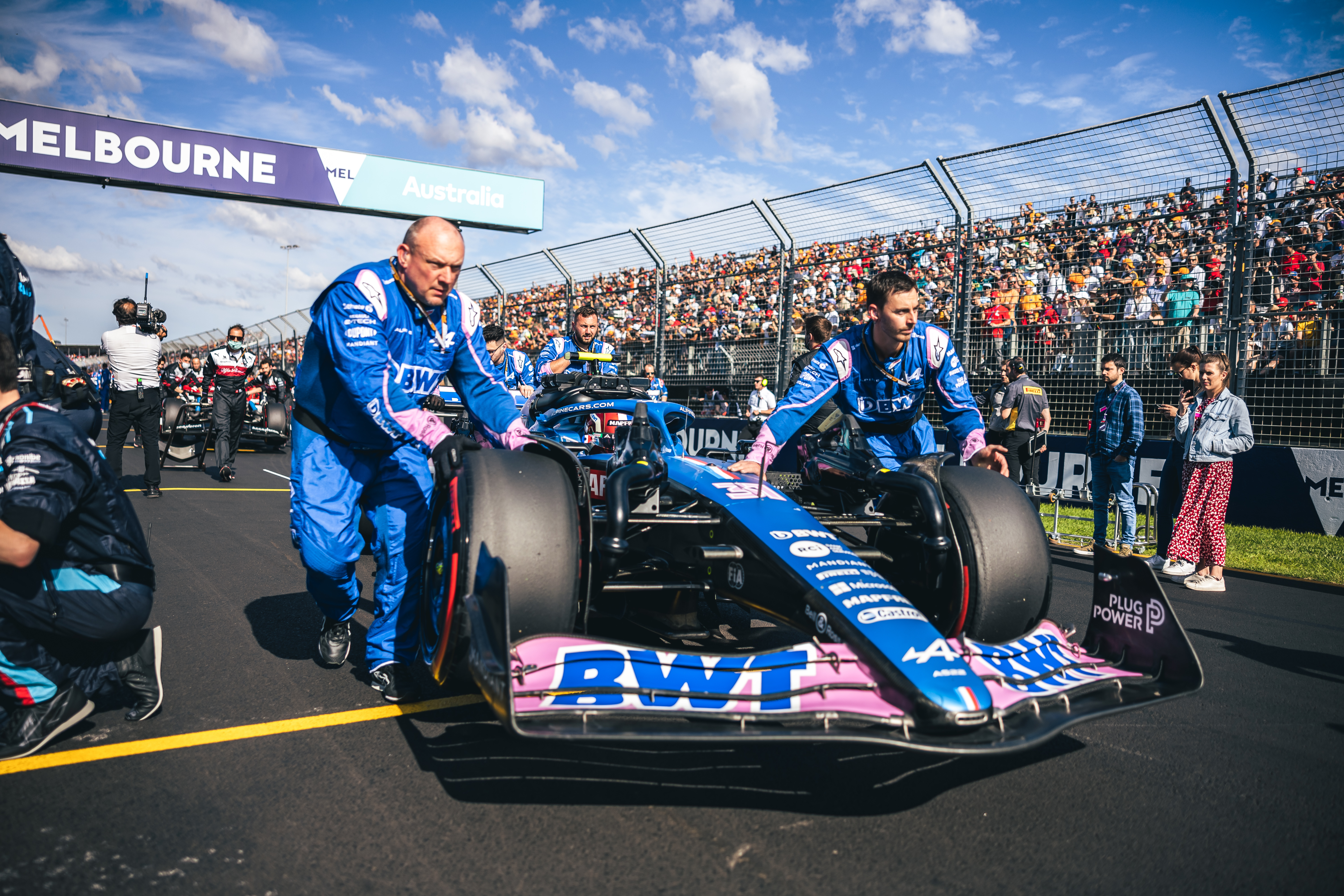 “It needs to be thought about more. It feels like another double-header for all of the teams with the amount of time they spend in this part of the world. And as the season is getting longer and longer, we need to find a better balance.”
Schumacher added: “We’re going basically from Australia now to Europe to then go to Miami, so we travel three continents in the next three races.
“I enjoy coming here early and spending time here. But I understand that for the team, obviously, it’s kind of difficult.”
The 2022 calendar, while much closer to a normal F1 season, was still created in a time of great COVID uncertainty, with Australia one of the countries whose approach to the pandemic meant it was hard to be sure of its place till relatively late in the day. China isn’t even back on the calendar yet, despite having a long-term deal.
The loss of Malaysia, which so often followed Australia on the calendar, doesn’t help F1 ensure Melbourne has a relatively nearby partner on the schedule. Pairing it with Bahrain had logic as many travel to Australia via the Middle East. But launching straight into a triple-header of Bahrain, Saudi Arabia and Australia after pre-season testing might be too draining a way to kick off a very long season.
When the concerns about Melbourne’s date were put to Australian Grand Prix Corporation chief Andrew Westacott by Reuters, he replied: “The drivers have got to stop whinging in some respects”. 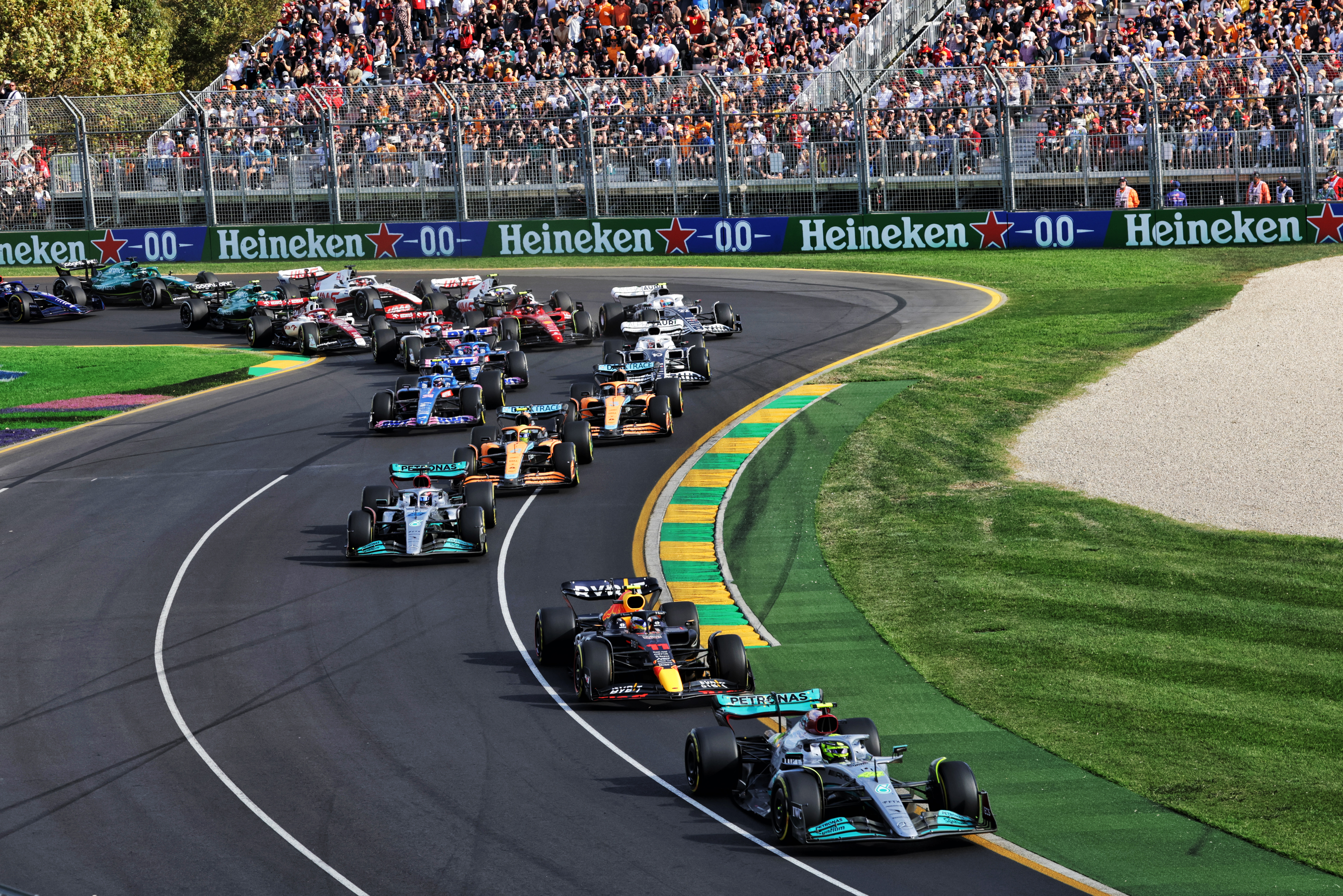 He is not keen on suggestions Melbourne might be better placed late in the season when it could be part of a long-haul trip with Singapore and Suzuka.
“We’ve proven that we can have success both opening the season and coming in after a couple of races,” he added.
“The time for Formula 1 in Australia is early in the season.”
While an ever longer and ever more global calendar are both great for F1 and generally welcomed by fans and drivers, that expansion has consequences on team personnel in particular, and if there is relative low-hanging fruit available when it comes to tweaks that could ease the burden, there’s no excuse not to take it.
The revised weekend timetable is a prime example. F1 has ostensibly cut a day from its schedules for 2022, with what had been Thursday media activities shifted to Friday morning before later than usual practice sessions.
That means an average F1 Friday now starts with press conferences from 10.30am and ends in track terms with practice two concluding at 6pm, with debriefs to follow. 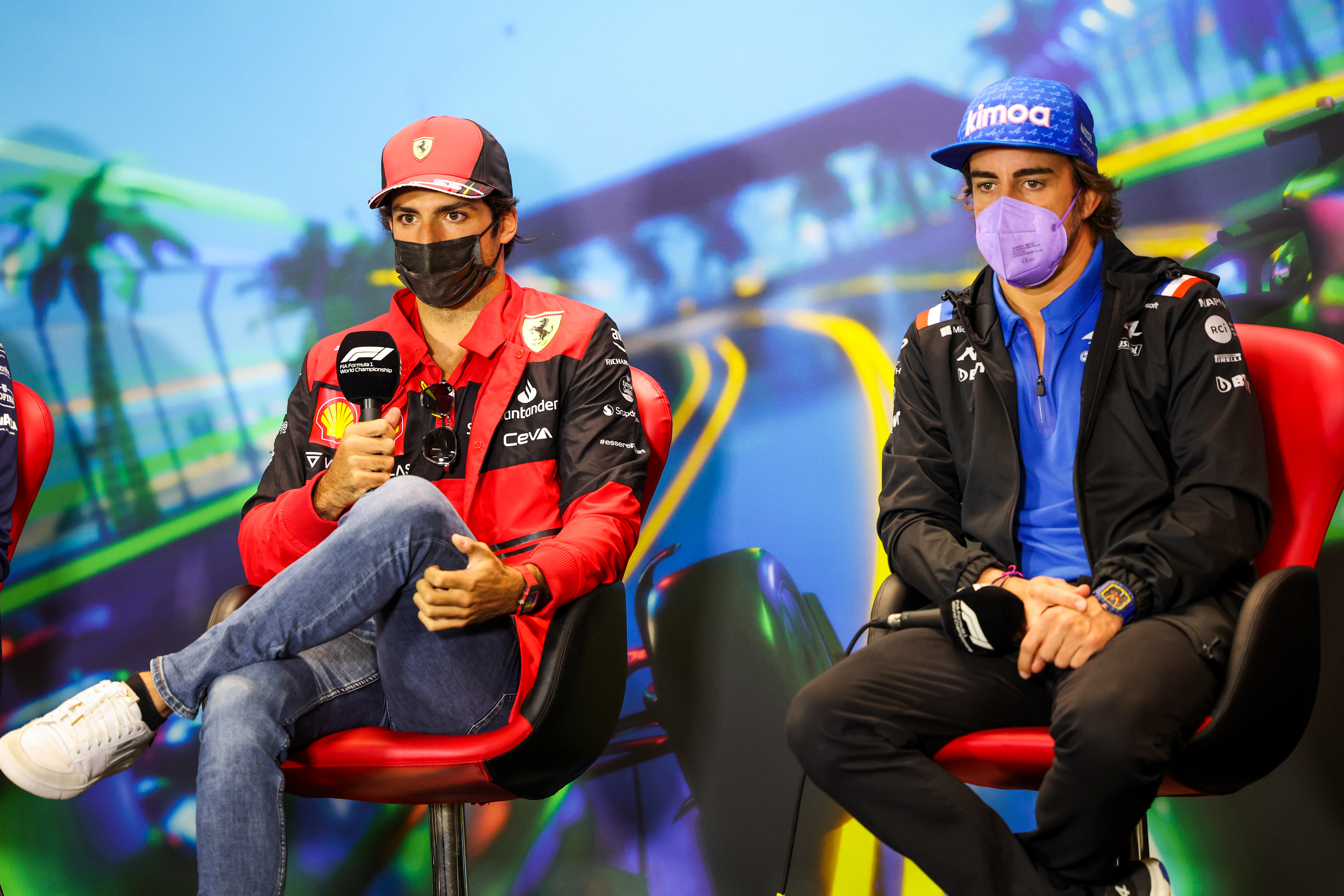 Fernando Alonso and Carlos Sainz, who were both in the earliest media group in Melbourne, expressed mild annoyance with this set-up.
“The biggest thing of today is to come in now for the press conference, four hours before the free practice, but apart from this new format, everything’s OK,” said Alonso when asked a casual question about jetlag.
And Sainz added: “8am alarm clock for a 1pm [practice] session was not ideal. I’ve been getting my sleep well, I don’t struggle with jetlag at all.
“But maybe we need to think about what we will do with this super-early press conference to help the drivers also arrive a bit better rested and after doing 23 races a year, give them the chance to also get a bit of a rest.”
It would be easy to dismiss that as the whinging of the pampered, but the point is valid. The loss of Thursday media sessions makes little difference in fatigue terms when team personnel still need to be on-site preparing for the weekend at that point.
From a media point of view, a Friday morning of press conferences that could be rendered irrelevant by events on track just hours later is of even less value than the Thursday sessions – which were so often full of non-committal speculation about the weekend ahead or recapping races from two weeks earlier than hadn’t been discussed properly because of inadequate post-race media availability but which audiences’ attention had long since moved away from. 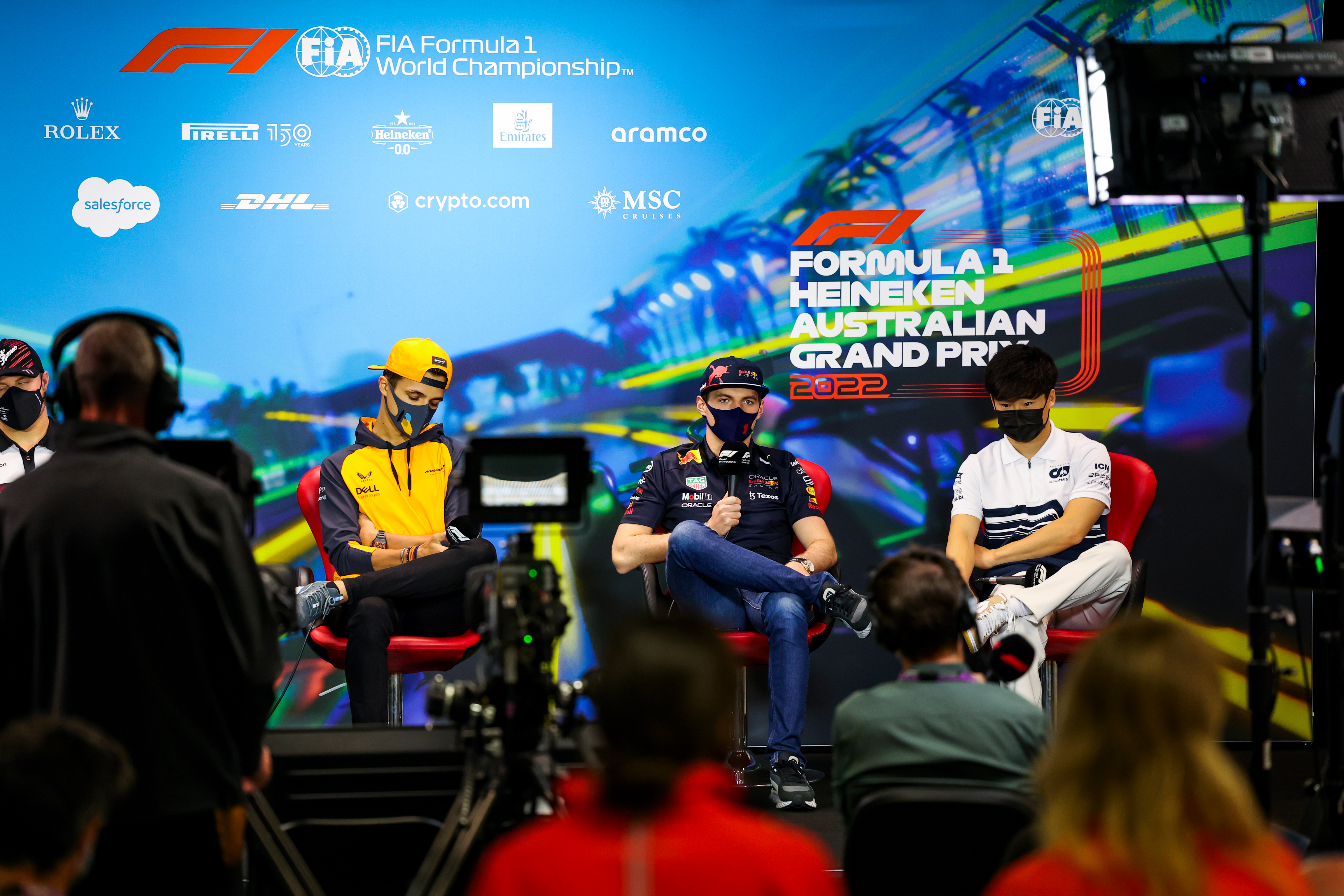 Properly trimming at least some F1 weekends to two days of track action and mandating some remote media session attendance between races in exchange for fewer ‘preview’ press duties on-site ahead of GP weekends beginning might make a more tangible difference than ‘removing’ Thursdays has.
And ensuring fewer one-off treks across the globe in favour of grouping races in similar regions – something F1 will hopefully find much easier when a pandemic is no longer at the forefront of its calendar planning – definitely will, and is the only way for F1 to achieve its expansion goals without an excessive toll on its people. That travel reduction would carry environmental benefits, too.
These are all rather Euro-centric concerns, admittedly. Which is not invalid given the F1 teams’ own locations, as that is the key issue here.
But all complaints about F1 travel distances increasing probably sounds a bit hollow to those in the paddock for whom everything has always been far, far from home.
Take Perez, who left Mexico as a 15-year-old to race in German Formula BMW at the start of his career.
“Formula 1 is becoming a bit more American, so definitely a bit closer to Mexico,” he mused.
“So I might finally end up living at home…”
Increasingly vocal team principals should focus on managing their operations to mitigate the impact of inflation on F1’s necessary cost cap regulations.
AlphaTauri hasn’t made the same impression at the start of the 2022 Formula 1 season as it did last year. That’s reflected in its points total, and by its Monaco Grand Prix weekend
Just how serious the concerns Formula 1 teams are presenting about the cost cap right now are depends on who you speak to
If Daniel Ricciardo’s not in McLaren’s 2023 Formula 1 line-up, it will have been his choice, not the team’s. Scott Mitchell looks at what the “mechanisms” for a split actually are, and how Ricciardo is feeling about his situation
In the first episode of our brand new Formula 1 tech podcast, Gary Anderson looks at the latest clues to what’s causing Mercedes’ 2022 problems and how to solve them
The FIA’s new-for-2022 Formula 1 structure will undergo a major change following the departure of Peter Bayer
The Race started in February 2020 as a digital-only motorsport channel. Our aim is to create the best motorsport coverage that appeals to die-hard fans as well as those who are new to the sport.

Posted on November 4, 2022
Lance Stroll has been blamed by fans and journalists.Lance Stroll is now the third driver to retire from the Austin Grand Prix after he...
Read More

EXCLUSIVE: Alpine boss Rossi on losing Piastri and Alonso, hunting for a new driver, and a bright future ahead – Formula 1