Mornin’
Good to hear
See you in Road America @callum_ilott
Little update and good news for everyone ✌️
Thanks for the support ❤️
Planning on it 🙂
@RGrosjean @smclaughlin93 That was great. Looking forward to more of them.
Really enjoyed a cool chat with @smclaughlin93 during the month of may in Indy. check it out 🙂

Road America next
Take a tour with me

Australian GP called off!
Andrew Lewin 05/06/2022 at 10:2205/06/2022 at 10:33 <!– F1 News, Reports and Race Results, Williams Comments Off on Williams see Nyck de Vries as worthy of F1 grid spot –>
The Williams F1 team has added to speculation that they are lining up reigning Formula E champion Nyck de Vries to join the squad sooner rather than later.
The 27-year-old Dutch driver made his Formula 1 race weekend debut with the team in first practice at Barcelona last month, and acquitted himself well behind the wheel of the FW44 despite little preparation time in the simulator.
In particular he was nearly a tenth quicker than the team’s full time driver Nicholas Latifi, who has been struggling to recapture his previous form since regulations changes meant big changes to this year’s F1 cars.
It’s led to mounting gossip that Williams might be considering an early end their partnership with the Canadian, with de Vries top of the list of drivers to take over the seat alongside Alex Albon.
The team’s head of vehicle performance Dave Robson certainly seems to believe that the current Mercedes’ test and reserve driver has what it takes to succeed in the Grand Prix paddock.
“His pace was there. His ability to understand the tyre and do the out-lap correctly, was really impressive,” Robson told the media at the time, including RacingNews365.com.
“After that his feedback post-session was extremely good,” Robson continued. “He had some very useful comments on the balance of the car, which agrees quite well with what we’ve heard from the two race drivers. 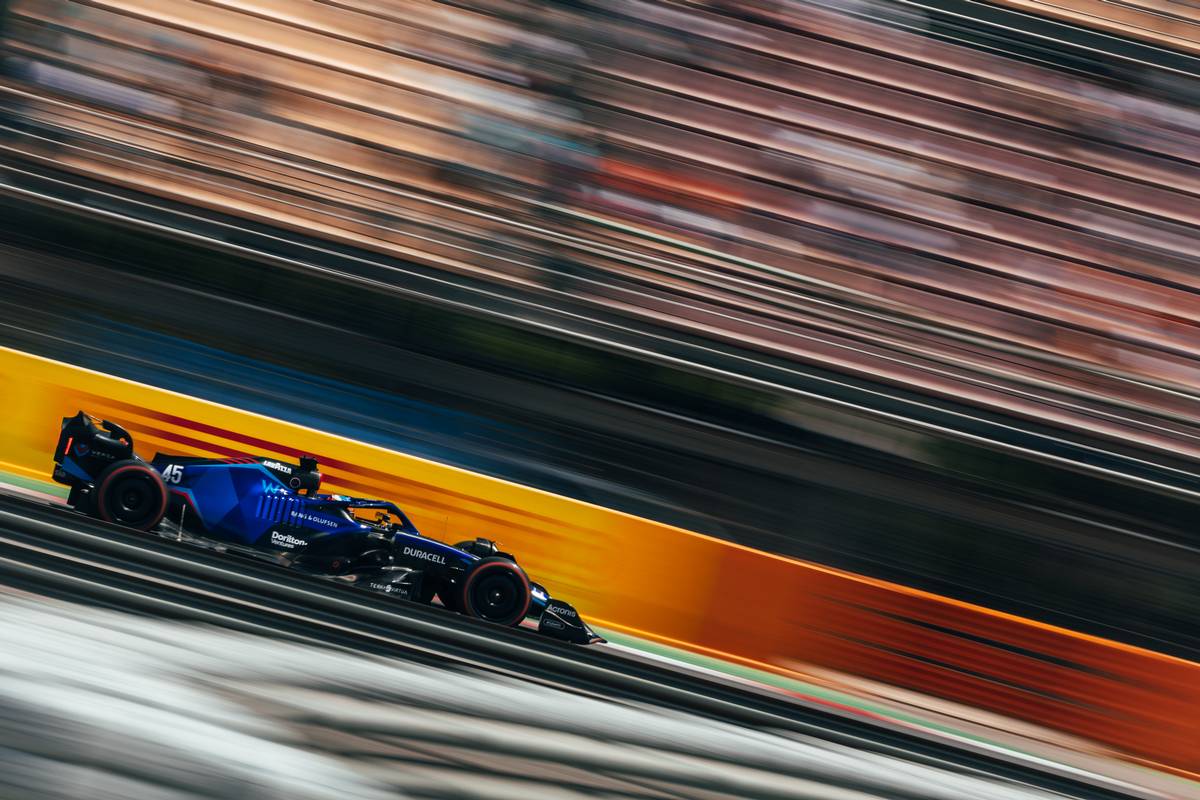 “Considering he only gets an hour in the car I think he did a really good job, ” he added. “Not only did he not have a huge amount of time in the simulator, we gave him the prime tyre for his first run which we knew would be a little bit difficult.
“It gave him the opportunity to do a good number of laps and then to go straight from that all the way to the qualifying compound is a big ask for anyone. You can see in the lap time he did a very good job.”
“He took his opportunity well and I think he should be pleased and proud of what he did,” Robson reported. “Everything he did was really good.
“He didn’t put a foot wrong, he completed the engineering programme that we needed him to do – which for us was the most important bit.
“He clearly has what he needs to be to be an absolute top quality competition driver,’ Robson concluded. “He’s worthy of a place on the grid – but so many people are.”
Gallery: The beautiful wives and girlfriends of F1 drivers
Keep up to date with all the F1 news via Facebook and Twitter

F1 FANTASY PREDICTOR: Why Alex Albon is a must-have for Belgium - Formula 1

Posted on June 11, 2022
Russell finished Friday’s practice running at the Miami International Autodrome with the fastest time, but conceded he did not really understand where Mercedes’ pace...
Read More

F1 schedule 2022: Where is the next event on the Formula One circuit? Which track? – DraftKings Nation

Posted on July 23, 2022
Filed under:We take a look at the location for the next event on the F1 schedule.Formula One just wrapped the Austrian Grand Prix. Charles...
Read More

Posted on August 5, 2022
Racing News, Analysis, History, Schedule, Rumors The demand for Formula 1 around the world continues to surge. With 22 races on the current calendar,...
Read More

F1 Fantasy: What were the best and worst teams for the Australian Grand Prix? – Formula 1