Williams admits it is “difficult to hide” from the aerodynamic weaknesses made emphatically clear by its contrasting performance levels in Formula 1’s recent double-header in Spain and Monaco.
Spain was a poor weekend for Williams, which had comfortably the slowest car on one of F1’s most aero-dependent circuits.
Although the Monaco Grand Prix weekend didn’t pan out well for Williams, its car was significantly stronger at a track where the mechanical package is a bigger part of the equation.

Alex Albon would likely have made Q2 without the first red flag in qualifying and showed glimpses of promising pace at times in the race before retiring.
But despite Williams’s Monaco difficulties, it was clear that the underlying performance of the car was better than in Spain – even more so than the laptimes relative to the front suggest.
“It’s a bit difficult to hide from that having had the contrast of Monaco and Spain, which are probably the two complete opposite ends of the spectrum in terms of sensitivity to downforce,” said head of vehicle performance Dave Robson when asked by The Race about Williams’s aerodynamic weakness.
“[In Monaco] the car behaved pretty well. It’s still a little bit tricky with the tyres, but that’s probably the same for everyone and clearly any extra downforce you’ve got does you no harm in that department. But otherwise the car behaved pretty well.
“Spain probably confirmed what we were already suspicious of.”
Williams has yet to introduce any major upgrade packages this year, although the car has gradually evolved and efforts have also been made to reduce weight. This included removing paint from the car.
But Robson is certain there are performance gains to come, although exactly when they are deployed depends on the timing giving the green light to start manufacturing the components. 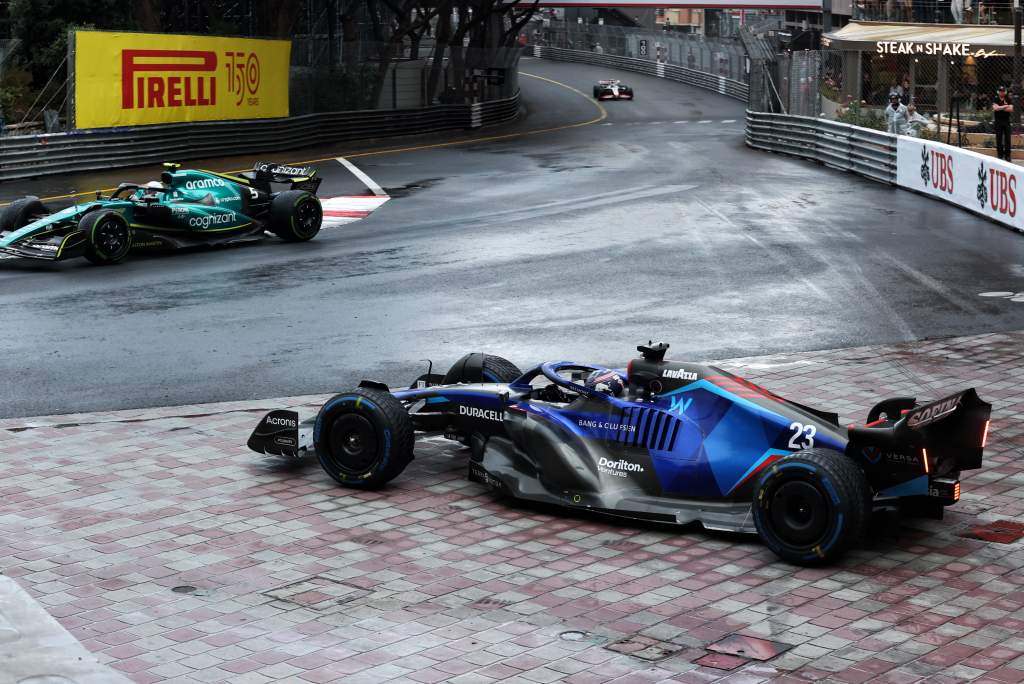 Robson said that Williams was likely to decide this week when this will happen, but that any upgrades would almost certainly not appear until after the upcoming Baku and Montreal double-header. That’s a logical move given they are both lower-downforce circuits.
The parts losses in Monaco will have an influence on this decision. Although Nicholas Latifi damaged a front wing with his off under the safety car and Albon developed an unspecified problem that led to what the team called “unexpected bouncing on the straights”, Williams did at least get through the weekend without any major incidents. This means it should have the manufacturing capacity to produce new parts if it decides to press on with it.
“There’s a decent amount of stuff that looks good in the windtunnel,” said Robson. “The big question is, with the cost cap limitation, at what point do you commit what’s in the tunnel to the real car, or do you just hang on hoping that there’s one more big step to come in the tunnel that you can capture?
“There’s some good directions and bits that definitely would make the car faster, but we’re still just weighing up exactly when to commit that to manufacture.
“For the next couple of races, we’re back to more lower-downforce type circuits, completely different. I don’t think there’ll be any major upgrades on the car for this pair of flyaways.
“And then how soon after that we decide to deliver the package that’s something we probably could decide this week [beginning May 30].”
Like many teams, Williams has had to be wary of porpoising problems, with Robson admitting that the car could go a little faster if run lower, but not in a sustainable condition. In common with its rivals, Williams is therefore working on finding an aerodynamic solution that will allow it to run lower. 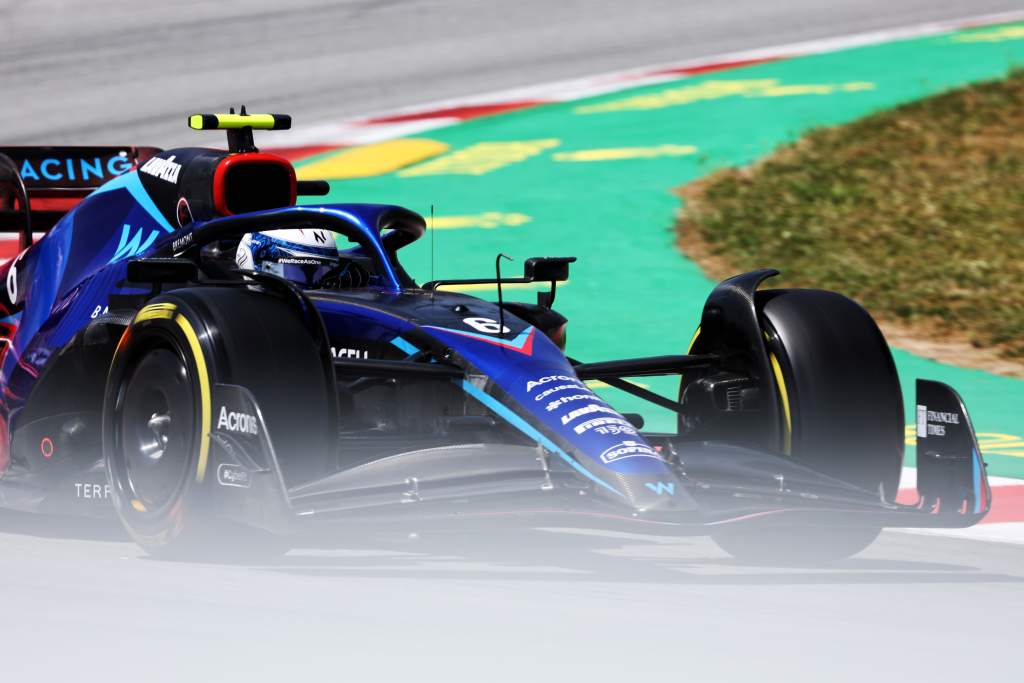 However, he does not believe this is its sole problem, with chasing more downforce a key objective.
“There are physical limits as to how low we can go,” said Robson.
“In Spain, if we lowered it further we would have triggered the porpoising and then typically it makes the car slower just because the drivers can’t see and the grip’s inconsistent because of that.
“It also causes the plank on the bottom of the car to hit the ground quite hard. So you’ve got to be very careful of the legality wear limits.

“The question is whether we can do something aerodynamically to allow us to run it lower for a given porpoising risk? That’s the bit we’re working on.
“Potentially, there’s something to learn from what Mercedes have done because it would appear they’ve been able to lower their car given some of the changes they made in Spain.
“I’m sure there’s a bit more to it than that for their pace improvement, but there probably is something we can do aerodynamically to allow the car to run lower and pick up performance that way.
“But in terms of our overall aero problem, there’s probably a bit more to it than just running the car low.
“We could run it lower from the legality point of view for a short run in practice and I think we’d go quicker, but not in a way that is sustainable for the race, and not by an amount that would suddenly see us fly up the timesheets.
“There’s more to it than just that.”
Fernando Alonso went up against the better traction of the Red Bull and the Ferrari in Canada – and his brilliance picked off one of them
A handful of drivers excelled in qualifying for the Canadian Grand Prix, but we’re not interested in them here – who could, or should, have done more in the most open F1 session of 2022 yet?
George Russell’s slick tyre gamble in Canadian Grand Prix qualifying failed pretty spectacularly. Here’s why he did it
Fernando Alonso aims to take the lead of the Canadian GP with a “Turn 1 maximum attack” approach after taking his first F1 front row since 2012, but accepts a win is “completely unrealistic”
Max Verstappen conquered a dramatic and damp Canadian Grand Prix qualifying session, with Fernando Alonso’s Alpine a surprise front row partner for the Red Bull
The appearance of an experimental second floor stay on Mercedes’ Formula 1 car in Canadian Grand Prix practice upset at least one rival team
The Race started in February 2020 as a digital-only motorsport channel. Our aim is to create the best motorsport coverage that appeals to die-hard fans as well as those who are new to the sport.

Posted on June 5, 2022
After claiming a pair of podium positions at the Monaco Grand Prix, Red Bull is well-represented on the odds board for the Azerbaijan GP....
Read More

Posted on September 17, 2022
Following the Volkswagen Group’s approval for Porsche to enter F1, the German manufacturer held talks with Red Bull about a potential partnership from 2026.But...
Read More

Posted on August 2, 2022
Ricciardo started ninth after a solid qualifying session, but he drifted back to 15th by the flag, having picked up a five-second penalty for causing...
Read More